10 Latino Heroes That We Would Love to See More 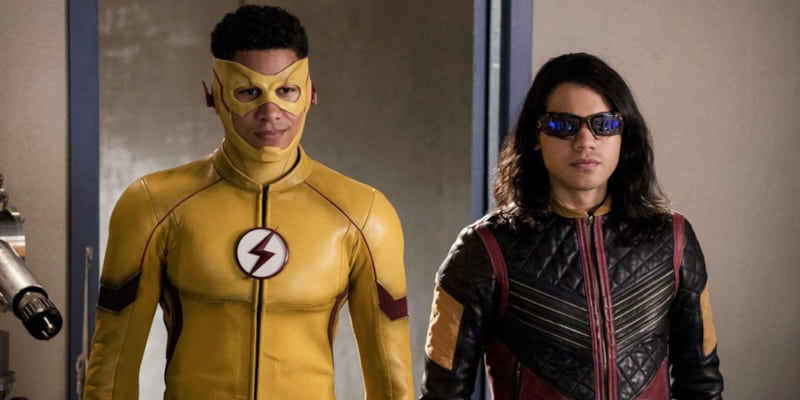 As part of Hispanic Heritage Month, ObsidianNomad has listed our favorite Latino heroes that we would love to see more of in the comic book world. My first encounter with Latino heroes would have to be the classic western heroes.

I loved Zorro and the old westerns the character would appear in. The newer Zorro movies took everything to another level, and it was fantastic. Speaking of old westerns, who remembers the old Cisco Kid movies. Being a comic book nerd, I got to fall in love with some new Latino hero characters.

I remember picking up the book where Vibe first appeared, and I remember being shocked when they killed him in that same Justice League run. In all fairness, they did not know how to write him when he first showed up in the 80’s. To make him hip and current to the young readers they actually had him breakdancing in the book.

Then they made his character stereotypical by changing his speech pattern from street talk with a heavy accent to normal English and made it seem like he did that on purpose. Oddly enough, the CW got the character down perfect except they gave him the powers then took them back. They explained his powers more on TV but slightly changed them from comics. Vibe is not in a book right now, but we would all love to see him in one.

I first encountered Firebird when she was hanging out with the West Coast Avengers. I say hanging out because it took a while before they made her an official member. When she first received her powers, she believed that they were a gift from God. She later found out that the meteor that gave her powers was from an alien planet.

However, maybe they were a gift from God because throughout her superhero journey she has become a moral compass for the Avengers. She has served as counsel for more than a few Avengers. Apparently, she prefers to focus on social work than being a superhero, but don’t you think any team could use a moral compass like that right now?

I really can’t remember the first time I read a book with this version of Blue Beetle but more than likely it was Infinite Crisis since I have been reading the Crisis events since they were in the Justice League. I’m going to be honest; I am a big fan of the Ted Kord Blue Beetle. I want to say he has more character.

The thing is Blue Beetle has been retconned a few times from the different incarnations to the Jaime Reyes Blue Beetle. The Dan Garret version used the scarab mystical abilities while Ted Kord couldn’t use it at all. When Jaime Reyes got the scarab, it attached to his body and gave him armor.

So, with this character, you never know what you might get. I don’t particularly read a book because Jaime Reyes Blue Beetle is featured. However, he has become the most popular so far and has been on live-action TV and animation. There was a rumor of a live-action movie being developed and I think that’s what we need to see.

Sunspot is one of the reasons that in the 80’s the New Mutants was my favorite book. Sunspot was one of the five teens that Professor X took under his wing to help them use their powers after the X-Men were thought to be dead. Roberto is the son of an Afro-Brazilian millionaire whose powers activated as he was being jumped by some kids because of the color of his skin. Everyone ran from him. The New Mutants movie came out in September 2020 and I refuse to go see it which is disappointing.

The movie was whitewashed which means instead of casting an Afro-Brazilian for the role of Robert de Costa, director Josh Boone thought an affluent Brazilian would be more believable as a White Brazilian. What a jerk. Anyway, in comics Sunspot grew to be extraordinarily rich and even lead his own team of Avengers. We need to see him be a more prominent part of the Marvel universe and not just a character in the New Mutants and X-Men.

Like the New Mutants, I was a fan of every issue of Infinity Inc., so I was there when Wildcat II was introduced. She was another legacy hero from the Justice Society having been trained by Wildcat. Of course, we never knew about her before we needed to see her but that was what comics were like back in the 80’s. You didn’t need much set up just go with the story and what you were being told in the storyline.

Anyway, this new Wildcat was a Latino woman who was fierce. Incidentally, she got the mantle after Ted Grant Wildcat had been injured during the infamous Crisis on Infinite Earths. A version of Yolanda Montez is featured in the new Stargirl series and the character in the comics books was revived with the rest of the Justice Society in the Doomsday storyline so what better time to bring her back strong in the books. We need to see more of this fantastic character and explore her roots.

This version of Ghost Rider is not that well known to me. He is an Avenger and appeared on the show Agents of Shield. That being said, this character, although a different iteration of what we see in comics, happened to work really well in live-action on the ABC network.

Whereas in comics Robbie Reyes is a young high school kid, in the TV series he is a grown man with the responsibility of taking care of his brother who is handicapped. Ghost Rider is another character that I’m not really invested in, but he was live-action on Agents of S.H.I.E.L.D. which means it deserved a mention. Ghost Rider has a wide range of powers which makes him among other things immortal. We need to see more of this Latino character with God-like powers.

More than a few things stand out about Renee Montoya. She was originally created for the show Batman: The Animated Series but was introduced in the comics the same year first. Recently she also appeared in live-action in the movie Birds of Prey played by Rosie Perez.

The interesting thing about this character is that once she appeared in the animated TV series and in the comics, they kept going with the character and featured her in comics as the new Question. For years she played a detective and then during the New 52 events at DC she took over the mantle of the Question. If that wasn’t enough, Renee Montoya is a character that belongs to the LGBTQ community. This is definitely a character that should be featured in a monthly ongoing series in the Batman universe.

In the 1980’s, in a time when I personally thought the X-Men books were at their best we were introduced to a character named Rictor. Rescued by X-Factor, Rictor became a member of The New Mutants. Like many of the mutants, Rictor has been on most of the X teams.

Once again, I’m going to be honest: when Miles Morales first came to comics, I was not a fan. I wasn’t jumping on that bandwagon. When Marvel started this Ultimate universe, I was loving the fresh take on Peter Parker and this Ultimate universe. Things were relatively the same with some slight changes and it was a hit.

Then they did something really bold. They killed Peter Parker. I mean, who does that. It wasn’t one of those fake deaths where they found a way to bring him back. Peter Parker the Ultimate Spider-Man was really gone. Enter Miles Morales. Through circumstances, he is the new Spider-Man with pretty much the same powers with some slight differences.

Even though we all love Tom Holland as the Marvel Cinematic Universe Spider-Man, most fans are waiting to see if Miles is in the works to join the live-action big screen. There are currently two Spider-Men in the main cannon 616 Marvel Universe after they got rid of the Ultimate universe (long story) so there is no reason why we can’t have two live-action Spider-Men.

So, here is our pick of Latino heroes that we love to see. There are a lot more Latino heroes so tell us who your favorite is in our comment section.

See you next week.