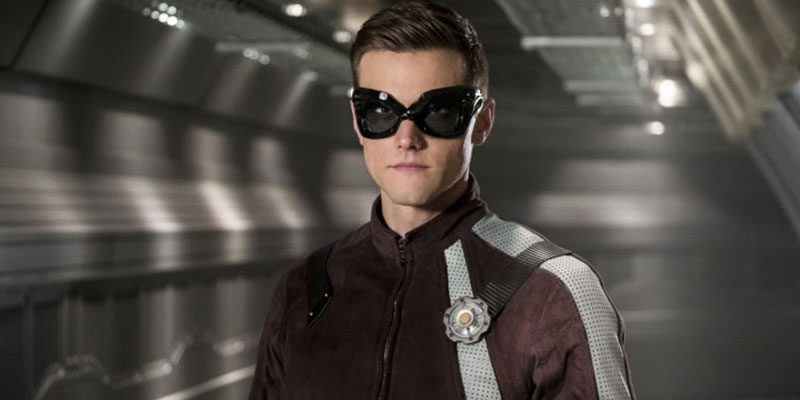 We live in a time where it is commonplace to turn a comic book hero into live action. Whether on the silver screen or on your home TV, we seldom have to imagine what our favorite comic book hero would look like if they came to life. Technology in the industry has made even the most complex character able to come alive. But not every character has gotten star treatment as there are tons of characters that have been looked over. Here is our list of DC and Marvel comic book heroes that we feel deserve to be made live action.

When I started to write this article, these are the first characters that came to mind. I know we get a taste of Elongated Man on the CW’s Flash but this is different. Before she was killed in Identity Crisis and he was killed in 52, this was the magical DC super couple that made people believe that a hero could love. This could be a rom-com that saves the DC cinematic universe from the darkness they feel they need to be relevant. I know these are B listers that the fans barely know but that’s even more reason that there is little chance this would be messed up. Did you know that the artist used Danny Kaye as a basis to draw Ralph Dibny and Dawn Wells from Gilligans Island to draw Sue Dibny? True story.

Come on, who wouldn’t want to see the story of the future heroes brought to live action. Legion flight rings would be enough for me to say yes. Again, some of these characters have already been on a few CW shows but this would be a much bigger take. Think Star Trek but with every member of the crew having some sort of super power. They could even tie this into the Justice League movie and use the Darkness Saga storyline which features the Legion going up against Darkseid.

Freedom Fighters takes place on an Earth where the Nazi won World War II. Uncle Sam, Black Condor, Doll Man, The Ray, Phantom Lady, and the Human Bomb are the leaders of a resistance force set to bring down the Nazi regime. If you marry the movie Red Dawn with the TV show V and gave all the main characters super powers this is the demon love child you would get. I would go see that.

All Star Squadron was a DC comic that took place during World War II. In their stories, writers would use actual events that took place in history but would add the fictional characters in the mix as if they were a part of real history. This would not only be good on the big screen but as an ongoing TV show.

Wonder Man, AKA Simon Williams, is the ionically charged superhero in the Marvel Universe that lives in Hollywood as an actor/stuntman when he is not out saving the world with the Avengers. Although he is thought of as a B list hero, he is one of the more powerful heroes in the Avenger books. Yes, he does happen to have a convoluted origin that can be dummied down but to his credit, his brother, the Grim Reaper, would make the perfect villain that the story would need. What would make this interesting is that you can tell a whole struggling actor story and his desire to be a superhero collide to make his life difficult.

Jaime Maddox, the Multiple Man, has already been featured in an X-Man movie. This showing did not give him justice. If you follow the true comic book version of the use of his powers and not make him a guy that can duplicate himself for a fight then you would have an interesting plot. Imagine a guy who can duplicate himself and send his duplicates out into the world to learn different things. Then they come back to the original and get re-absorbed and give the original the knowledge they have learned. You send a duplicate out to learn religion, another duplicate out to learn martial arts and another duplicate out to learn medicine then a few years later they come back to get re-absorbed and you retain their knowledge. You could potentially be the smartest person in the world. Then you can add the conflict of a duplicate not wanting to be re-absorbed or a duplicate turning to evil and now you have quite an interesting movie.

Blue Beatle, Ted Kord, and Booster Gold, Michael Carter, were the best part of the Justice League in the late 80’s to early 90’s. Their exploits as heroes who would sometimes screw things up were legendary. But they were true heroes who got the job done. Yes, they were funny but when times got tough they were the ones you could count on. These guys made this list because I think this is the kind of movie the DC Cinematic Universe needs to get them away from the idea that they have to have dark serious movies.

Alpha Flight is like the Canadian version of the Avengers. Plain and simple but that would be the appeal to this coming to the big screen. What makes this team so dynamic is that it has so many variations of powers. Alpha Flight has mutants, mystics, scientist, alien creatures and mythical creatures that make up this team. You could use the strong ties to Wolverine if you want but you really don’t have to go there. This is a concept that can stand on its own.

Let’s be honest, Shang Chi is a character created in the 70’s to cash in on the whole Bruce Lee thing. He’s an Asian guy who is arguably the best martial arts fighter in the Marvel universe who happens to have an evil father. This character made the list because if done right with the right actor you could have one of the best martial arts movies made. Again, being honest, the martial arts displayed by Finn Jones as Iron Fist was extremely lacking because you cast a guy who knew nothing about martial arts. This would be Marvel’s chance to give their fans the martial arts kick ass film they deserve.

In 1993, a group of Afro-American artist and writers founded Milestone Media because they felt minority characters were not represented well in the American comic industry. Distributed by DC Comics, they created a universe of minority characters that would become a legendary breakthrough in comics. The most popular character would be Static. But there were also great characters such as Icon and Rocket, Hardware, and the Blood Syndicate. All good characters that could hold a whole movie universe to last at least a good 10 years. Of course, most people want to see a live-action Static but I personally would love to see them take a crack at bringing the Blood Syndicate to life.

Adam Brashear, Blue Marvel, is not a known character at all. He is relatively new to comics created only about 10 years ago in 2008. His story is an interesting one though. Getting his powers in the 1950’s and fighting crime completely covered because he was a Black man. Although during his heyday in the 50’s and 60’s he was the worlds number one hero he hid his true identity because he knew the world would not accept him if they knew he was a Black man. True to form, in a battle his clothes were torn to reveal to the world he was indeed a man of color he was forced to resign from superhero life and attempt to live out the rest of his life as a private citizen. Then circumstance brings him out of retirement in today’s world. Because of the nature of his powers he has not aged much at all. He fights crime without his mask. With the popularity of Black Panther and the climate for the world regarding people of color, this is the right time to make a movie about a positive Black hero.

I added this on because Moon Knight, AKA Marc Specter, is what everyone wants to see. You know why this character would work? Because he is basically Marvels answer to Batman but with split personalities. If Marvel does not want to put this fan favorite on the big screen than they should at least prepare a series on a streaming service.

That’s our list. Leave comments and let us know if you agree or disagree with our list.