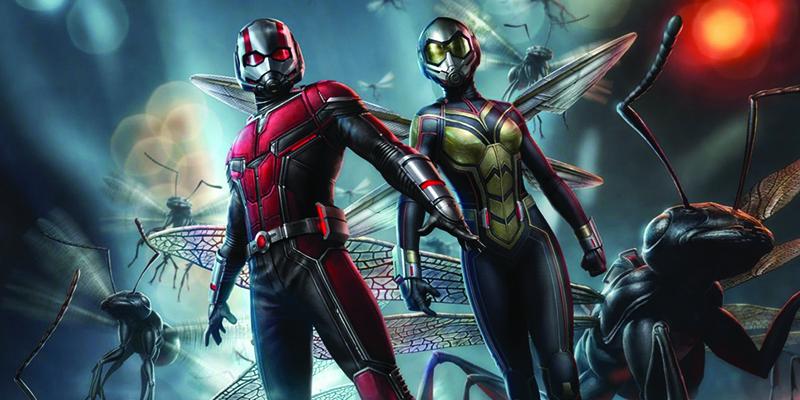 The awesome thing about Marvel movies is that they all fit to tell a big story. Each movie tells its own story but there is also a bigger story to tell. In the Marvel Cinematic Universe, the big picture was revealed in Avengers: Infinity War. The big bad Thanos came to wreak havoc.

One of the big questions of that movie was: Where was Ant Man. Captain America said they had to call everybody but there was a lame excuse for why Scott Lang was not called. You’re looking at this movie and you say to yourself “wait a minute, the world is about to end and Scott Lang is sitting this out because he’s on house arrest?” It didn’t make sense but we finally got to figure out what Scott was doing while Cap and the gang were fighting in Wakanda.

The story picks up two years after Captain America: Civil War. Scott Lang has struck a deal with the government for siding with Captain America in Germany and has been under house arrest for the last two years. When we again see Scott, he has three days left of his house arrest. In the two years of his house arrest, he has had no communication with Hank Pym or his daughter Hope who are now on the run from the government for aiding and abeding Scott with the Ant Man technology. From his home, Scott runs a security business with Luis, Kurt, and Dave and has regular visits with his daughter, Cassie. While on the run from the law, Hank and Hope are on a mission to find Hope’s mother and Hank’s wife, Janet Van Dyne, who was lost years ago in the quantum field.

There are two baddies with different objectives throughout this film. Walter Goggins’ Sonny Burch plays a tech dealer who the Pym’s have been buying their equipment from. Sonny finds out who Hope and Hank really are and try to blackmail them to turn a profit from their technology and inventions. When they say no then he spends the movie trying to get their tech so he can sell to the black market. The other baddy is Hannah John-Kamen’s Ghost. Ghost had a tragic backstory that linked in with Hank Pym that also had her after Hank and Hope’s tech. Ghost only help in her plight is Lawrence Fishburn’s, Bill Forster. For the comic fans, Bill Foster was the character who was once called Goliath and who died in the comic version of Civil War.

Paul Rudd plays through as, again, the reluctant hero whose sole motivation is being there for his daughter Cassie. He uses his same comic wit, charm, and timing that made Ant Man one of your favorite Marvel Cinematic Universe characters. Even as he helps the Pyms on their quest he is all about maintaining his freedom for his daughter. Abby Ryder Fortson’s Cassie is the heart of the film. She seems to get what the adults in the movie spend the whole film trying to figure out. The chemistry between Rudd’s Lang and Fortson’s Cassie is what makes this movie special. They portray a true father daughter bond where they both look at each other as heroes. We are also treated to comic book teases of when Cassie grows up as her own hero using the Pym tech.

Also, as in the first Ant Man, the comedy of Michael Pena was on point. Luis unique way of storytelling was cleverly inserted into the script without being forced.

The use of the Pym tech and the size gimmicks in this movie do not get old. We are treated to different uses in size control throughout the movie that are new and inventive. Watching this movie, I thought of a comic book identity of Dr Pym that he used while fighting with the West Coast Avengers. He didn’t grow as Giant Man or Shrink as Ant Man, he simply called himself Dr Pym and used his Pym Particles to shrink and grow things around him. I would be surprised if the writers did not take a page from that comic in this movie. This was not just a movie of two tiny heroes but a movie of science and the different uses of a size controlling technology. One of the other stars of Ant Man in the Wasp was every gadget used in size changing sequences and fights and the prop of the lab.

Overall, Ant Man and the Wasp was a good movie. It kept you interested and invested. You cheered for Scott, Hank and Hope to make their goal happen. As good as it was, I still am more partial to the first Ant Man but as sequels go this held up the bar. I did think Fishburn’s Bill Foster was wishy-washy and I’m tired of the cliché of the good guy doing bad to help someone but eventually turns out good character. Also, Goggin’s Sonny Burch gangster character was kind of like Kevin Spacey’s Lex Luthor in Superman Returns. There was no other point to this character making trouble and his only motivation was misplaced greed. The gangster and his crew felt like they were put in the film to have different reasons to show more shrinking CGI tricks. I think any real-life gangster would have had a second thought about messing with two size-changing heroes and a ghost villain just to tangle and steel from both or them.

The ad for the movie baost about a shocking ending. This is the part that is the biggest payoff. Without giving anything away, let’s just say the ending made sense in relation to Avenger’s: Infinity War. It’s the magic of Marvel. They know what the audience wants and how to use that to tie their universe together in every movie. The Marvel Cinematic Universe: the creator of the awesome post scenes. The scenes that make you hold in that soda you’ve been drinking for the last two hours.

2018-07-11
Previous Post: Why We Remember Steve Ditko
Next Post: The 15 Most Evil and Ruthless Villains In Comics