Batwoman: Season 2 and Passing the Cowl 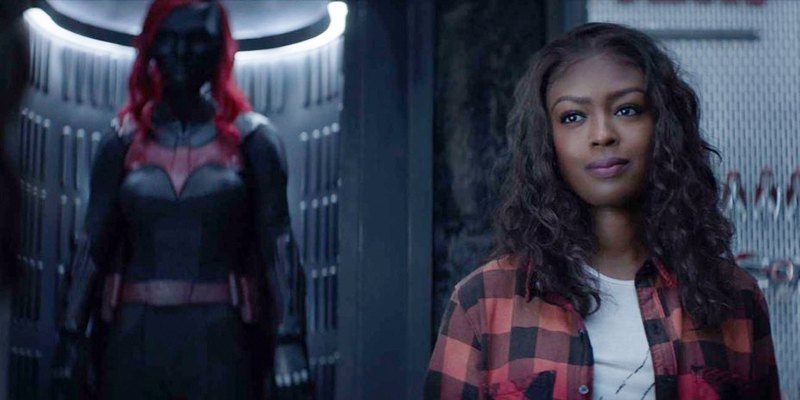 The CW Arrowverse was put into shock after the end of the 2019 =2020 season. Ruby Rose who played the title character of Batwoman announced that she would not be returning for season 2 of the series. The new hit show had only had one successful season and it looks to be all coming to an end.

Normally, if this would happen, the studio would replace Rose with another actress as the same character. However, showrunner Caroline Dries decided to take a different route and cast a different actress to play a totally new character that would don the Batwoman cowl. Enter Javica Leslie as Ryan Wilder’s new character who would now be Batwoman.

Something you have to realize about the characters in the Batman universe: almost every character suffered their own tragedy. Bruce Wayne became Batman after witnessing his parent’s death right in front of him at the hands of criminals. Dick Grayson was taken in as Bruce’s ward only after watching his fall from a deadly height because of a mobster. Harvey Dent entered a life of crime after a mobster wanting revenge threw acid on his face during the trail.

Even on the CW, the showrunner and writers put tragedy into the backstory of most of the main characters. Rose’s Kate Kane watches her sister and mother lost in a horrible accident when she was a little girl. Her stepsister, Sophie played by Meagan Tandy watched her mother die right in front of her in the first season. Luke Fox, played by Camrus Johnson, is haunted for revenge on the people responsible for his father’s death.

The new Batwoman, introduced in the season premiere on Sunday, January 17 is no different than the majority of the characters in the Bat universe of Gotham city. Javica Leslie plays Ryan Wilder the young lady who finds Batwoman’s costume left behind in a plane crash. She is an out of work ex-con who lives in her van. She claims that she spent 18 months in prison for a crime she did not commit.

Ryan’s reason for taking the suit that was left behind after Kate Kane’s mysterious disappearance is for revenge. Her home was invaded by criminal squatters and her adopted mother and landlord were beaten to death. Ryan saw the Batwoman identity as a means to go after the criminals that took the life, she knew from her. This was her chance for justice.

Now here is how the Batwomen connect and the handing over of the cowl comes full circle. Season 1 was all about Kate Kane trying to apprehend her crazy twin sister Beth who everyone thought was dead but has reemerged to be the scourge of Gotham, Alice, played by Rachel Skarsten. When I heard that Ruby Rose had given up the role of Kate Kane and they were not casting another Kate I wondered what would become of the Alice character. Would the show make sense without the sister rivalry?

The character of Ryan Wilder is a solid addition to the Batwoman lore. She has all the makings of someone from a Batman comic. She lost her parents at an early age and bounced around foster homes. She studied years of martial arts. She is seeking redemption for a crime she did not commit.

When I first heard that the actress was going to be Black and the character was going to be a streetwise ex-criminal, I saw disaster.  I saw stereotypes and bad writing choices.  However, I was refreshed to find out that Ryan Wilder was not written specifically as a Black woman.  Any ethnic background could fill this character.  I’m sure, if the show writers are smart, there will be some plots that playoff her being Black, but the character is not stereotyped and automatically written being backed in a hole.

The new Batwoman is a character that is down on her luck and, at least after the first episode, believes she is not worthy to fill Kate Kane’s shoes.   She will quickly have to come to terms with those feelings and that should be a fun journey to watch as I am already intrigued.

If you haven’t checked out the first episode of season 2, please go to the CW link give yourself a treat.  This is not last year’s Batwoman.  Let us know what you think down in the comments.