Brightburn – If I Go Evil, Will You Still Call Me Superman? 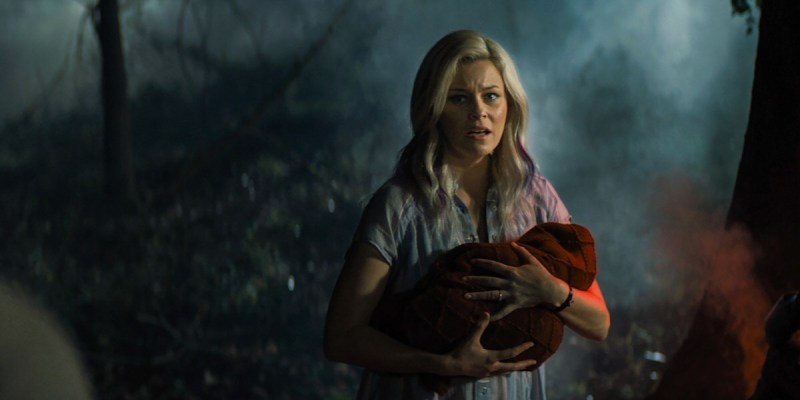 If you have ever heard the 3 Doors Down song Kryptonite, and been a hardened comic book fan, you may have thought of the possibility of what might happen if Superman, literally, went crazy. Certainly, we have been exposed to the idea of an alternate, possibly evil, Superman. From DC Elseworlds where Kal-El has ranged from being raised by Darkseid or being a Soviet Super-Communist, or even becoming Batman to the DC standard example of Bizarro, the idea of the favorite Kryptonian deviating from his boy scout-esque persona has always been intriguing.

Recent incarnations in Smallville and Man of Steel, though keeping with the general idea, have given Clark Kent more doubts and loneliness as to what he is and who he should become. However, there has never, really, been a true form of an Evil Superman, until Brightburn. Brightburn is an upcoming film starring Elizabeth Banks, David Denman, and Jackson A. Dunn as the titular character which explores the idea of what IF Superman was inherently evil. The movie is produced by James Gunn of Guardians of the Galaxy fame and though his previous films had strong light-hearted elements, to include the sci-fi horror Slither, this one is aimed at pure horror.

Brightburn explores the standard superhero trope of the last survivor of a dying race coming to Earth, recognizing his or her power and using it. However, for the character of Brandon Breyer, played by Dunn, the use of his power involves terrorizing his version of Smallville. If the latter element was removed one could easily argue that the idea is a clear copy, but with the character’s sinister aspect, the film is sure to be a kick in the gut of those hoping for a super-savior. Though we only have the initial trailer to go on, it is clear that the character is a true to home abandonment of a hero or a villain, more so a pre-teen psychopath with god-like powers.

Another important element more than likely will be how his parents, seemingly very Jonathan and Martha Kent-like, who yearned for a child, will have to weigh their love against the possible fate of humanity. I must admit, I am anxiously awaiting seeing this movie (in fact I will probably set aside a day to go see it). Honestly, as far as DC characters are concerned, I have never been a “Superman-Fan.” Growing up as a child primarily given the pre-Crisis Superman mold between the Christopher Reeves films and the Superboy series of the late 1980s, I never had an appreciation of “Boy Scout” Superman.

My growing appreciation came from Smallville, roughly the first few seasons, and the big change came with Man of Steel. While these representations kept the absolute good guy persona, they explored the personal “what if’s” of Clark Kent; however, still no bad guy at heart. Brightburn is sure to give that and possibly more. Within this, we as fans must also ask, in this modern Hollywood age, will there be room for a universe with the Evil Dark Knight or the Evil Amazon. Conversely, will we be rooting for them or the good Lex Luthor or good Joker who will be thorns in their sides? The hope and possibilities are there and I’m hoping not to be disappointed on Memorial Day when the film is released.

[fvplayer id=”1″]
2019-02-20
Previous Post: The Supermen did not Reign: An example of reading the book is way better
Next Post: News Round-up