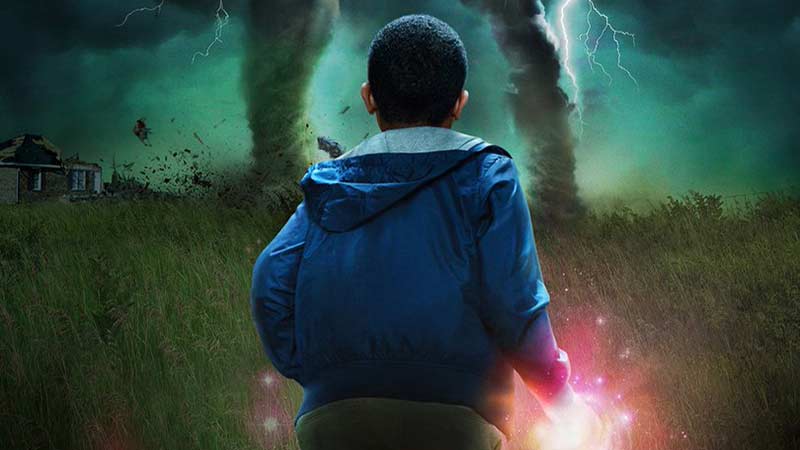 Chasing Dion follows the superhero cinematic trend, with its own twist. This new Netflix series focuses on the family dynamic in a superhero universe. In this Universe, an asteroid is responsible for the characters’ superhuman abilities. Any individuals, in Iceland, observing the Aurora light that night, had their DNA altered and developed superhuman abilities.

But it was not just the humans, animals and the ground itself were poisoned by this same phenomenon. All these individuals returned to their regular lives, which would become anything but regular. These genetics are also passed down through genetics, the viewer discovers while watching the journey of the main character, Dion.

Dion just arrived at a new school, but the new changes to his body compound the typical stressors of being the new kid at a public school. Dion is having breakfast with his mother, Nicole, as is their morning tradition. Running late, as usual, Nicole rushes Dion, leading to him tripping and spilling his bowl of cereal, only the cereal does not hit the ground as physics would predict.

At this moment, Dion realizes there is something different about him. He stares at the milk, and pieces of cereal suspended in the air, which only drops as his mom scares him as she calls his name. After a few more small incidents, Dion decided to show his mom. In a scene akin to exorcism and haunting films, Dion creates a cyclone of toys, with enough power, one Lego cuts his mother’s shoulder.

Being a single mom is hard enough, add a superpowered child, and the level of stress reaches epic proportions. Sacrifice was a major theme within Chasing Dion. This series showcased the effect a superhuman child would have on a single mother. Due to the discovery of Dion’s superpowers, his mother, lost one job, left an interview early, and risked her new job at the dance studio due to Dion’s newly developed abilities.

But she was not the only one to sacrifice for Dion’s benefit. Pat, Dion’s godfather, also risked his position at Biona. Dion tried to help cure Pat’s headaches, which caused him to become extremely ill. Dion’s aunt, Cat, brought him to the ER, where she was a resident doctor. Nicole tried a few times to inform Cat of Dion’s newfound superhuman abilities, but as a woman of science, Cat was ready to have Nicole committed.

Following protocol for severely ill patients, she drew Dion’s blood for testing. Nicole was desperate for her to stop the testing, as she warned Dion, using his powers in public would lead to a black van abducting him. Exactly how the scene ends, Cat get caught erasing Dion’s medical records after witnessing him levitate firsthand, but her now ex-girlfriend called the CDC when Dion’s temperature rose to one hundred and fifteen degrees.

There seems to be almost no limit to Dion’s power. Other superheroes in the movie seem to have limited powers. The farmer could grow plants with his hands, his son is telepathic. Dion’s father, and Charlotte, could turn invisible and teleport. Like his father, Dion can utilize invisibility and teleportation, with the additional abilities of healing, telekinesis, and the ability to manipulate on a molecular level.

As comic book fans would say, Dion is lining up to be OP, overpowered. Next season will see if he gets the Superman treatment with developing more powers as his heroic tale continues. In a series full of parallels to the unjust reality of our world, the most poignant scene occurred after Dion experienced racism for the first time at this new school. Dion was using his father’s watch as a mental block to prevent him from using his powers in public.

One of the school bullies, a white kid, took Dion’s watch. Dion lost control and used telekinesis to propel the bully into the wall. When it came time for the white principal to wield punishments, he was gun-ho about suspending Dion, with no repercussions for the bully who attempted to steal Dion’s watch.

Nicole is hesitant to explain this racist mentality, and the lifetime battle dealing with racists, but after a conversation with her sister, she sat down with Dion and explained there will always be people like the principal, judging Dion for his skin color. Chasing Dion utilized misdirection to further the storyline without revealing twists until the time was right.

From the first few episodes, it seems Biona is just another evil scientific empire, putting their experiments ahead of humanity. It is revealed one of their employees is responsible for the “Storm Deaths.” This big twist was hinted at with mentions of this character having been in Iceland, and headaches he has been struggling with as the other characters develop superhuman abilities.

Dion’s own Godfather, Pat, is the Crooked Man, or the Man in the Storm. Pat’s exposure to the asteroid in Iceland leads to a degenerative disease which could be stalled by the absorption of the other superhumans. Chasing Dion is a unique superhuman perspective, while borrowing typical Superhero tropes.

Like many superhero origin tales, Dion lost his father at a young age, and his powers were passed down genetically. He has trouble controlling his emotion-based powers, but they kick in when he or someone he loves is in danger, and the villain was right under the heroes nose the entire time.

These superheroes’ power is based on the ability to manipulate ions, more of a Matrix style explanation of superpowers opposed to the genetics. Dion is the one to save this world, and after watching season one, viewers will make sure to save the date season two premieres.