Daredevil Season 3 – Does it hit the Bullseye? 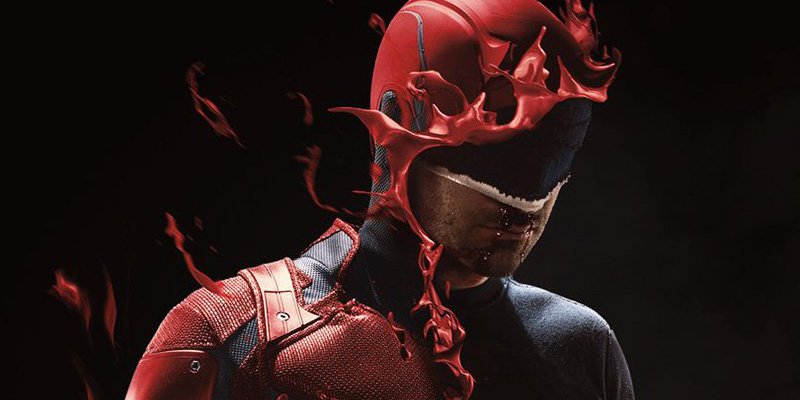 The last we saw Matt Murdock, Daredevil, he was laying in a bed in what was believed to be a convent. Everyone in his world thought he was dead because they all believed he could not have survived a building falling on him. But we have season 3 because, yes, he did survive.

Charlie Cox returns as Matt Murdock as what can be described as one of his best dramatic turns in the role. In 13 episodes, Cox’s Murdock shows us a man in despair who has lost his faith in everything and the process it takes to make him whole again. At the start, the world believes Daredevil is dead and Matt Murdock’s friends think the same and Matt Murdock is fine with all that. He has given up on the world and his life. Yes, we get some awesome Daredevil fight scenes but the more interesting thing is watching Matt Murdock’s journey.

Vincent D’Onofrio comes back to season 3 for the full season as the main nemesis. D’Onofrio delivers a Wilson Fisk/Kingpin that never disappoints. Like Hugh Jackman as Wolverine and Chris Evans as Captain America, D’Onofrio was born to play this part and we really can’t see anyone else doing it justice. Wilson Fisk starts the show in a jail cell after being caught by our hero in Season 1. In Kingpin fashion, he uses deceit and manipulation to obtain his goals: leading New York City’s underworld, reuniting with his true love Venessa and revenge on Matt Murdock.

We pick up on Karen and Foggy handling Matt’s supposed death in two different ways but ultimately leaning on each other to get through the whole situation. However, that whole situation changes due to Wilson Fisk possibly going free and Matt Murdock alive again. Deborah Ann Woll’s Karen Page is featured almost as much as Cox’s Matt Murdock and D’Onofrio’s Fisk. Although she is not a total damsel in distress she is in distress and often has to be rescued by Murdock and one time even Foggy. I was often annoyed in the show as to how she went from being the secretary for Murdock and Nelson in season one to a top well-known reporter in season 3.

Besides accompanying Ben Urich in season 1 on which ultimately got him killed by the Kingpin, she shared no real experience as a reporter. Just a thirst to see the truth, which may be all you really need. We do get a small peak at Karen’s past in this episode but it still doesn’t explain her occupational choices. Henson’s Foggy Nelson is the heart of season 3. What I mean by that is that he is the only character with a heart compass that directs him towards a normal human outcome. Foggy Nelson is not driven by revenge but by the letter of the law and believing that all will work out for the better believing as him.

The new villain that works with Kingpin is Bullseye. We know it’s Bullseye even if they never call him this by name which is annoying. Bethel does an excellent job with this character. Building the foundations of this character and bringing him to screen was exciting to watch. You had a background to believe this kind of crazy and there was meaning and purpose to everything this character did. The one disappointing thing about his character for the whole season was not calling him who he was: Bullseye. For as great as this season was it was an opportunity missed that distracted me throughout the season. Just as in season 2 you waited to see Frank Castle paint that skull on his shirt you did not get that payoff with Dex. Instead, you got a guy with Bullseye’s fighting skill set in a Daredevil costume being called Dex.

Other newcomers, Ali’s Ray Nadeem, and Whalley’s Sister Maggie played prominent roles in season 3 that helped carry the season along. They filled in important blanks and added plot points that were welcome surprises. As you stream through the season keep your eyes on these characters for the dimensions that they bring. Just like all the Marvel Netflix shows, around episodes 7 or 8 there is always a major twist you never see coming. The same is true with Daredevil Season 3. I never saw this coming and it helped pick up the story and increase my interest.

A small mention of Jessica Jones was all we got to remind us of the rest of the Marvel Cinematic Universe. The best parts of past Marvel Netflix shows were the crossover element. Danny Rand showing up to help Luke in Luke Cage season 2 and Foggy Nelson in Jessica Jones season 2 and Luke Cage season 2 was exciting and pulled things together. After The Defenders, there were certain parts where you expected Luke, Danny, or Jessica to show up for at least an explanation. I would have been satisfied with at least Misty Knight, Colleen Wing or Frank Castle showing up to know what all the ruckus was in Hell’s Kitchen but I was left a victim of disappointment.

This disconnection to the rest of the MCU after so much work had been done to connect these shows left things a little empty. Another saving grace, however, was the fight scenes. Although we did not get a classic well laid out fight scene with Daredevil like the hallway fight scene in season one, the fights between Murdock and Cox were well orchestrated. If Daredevil was in a fight with Bullseye this is how it would be played out. Bullseye trying to keep his distance so he can throw anything to become a deadly weapon and Daredevil trying to keep the fight in close hand to hand combat to give him a fighting chance

Overall, Daredevil season 3 is worth the binge. No, Bullseye is not really Bullseye because without the name and the costume it just doesn’t count. No, the connection with the rest of the MCU that is normally there is not present so don’t look for it. What carries this season is the in-depth look into what makes these characters who they are. Murdock, Fisk, Page, Nelson, Dex, and even Nadeem and Sister Maggie all had their chances in the spotlight to see what made them tick. The actors brought these characters to life on the screen and made them more than just comic book cardboard cutouts.

Leave a comment and let us know what you thought of Daredevil season 3.

2018-10-31
Previous Post: When We Last Left Off – The CW Superhero Season Premiers
Next Post: Legends of Tomorrow not so Legendary