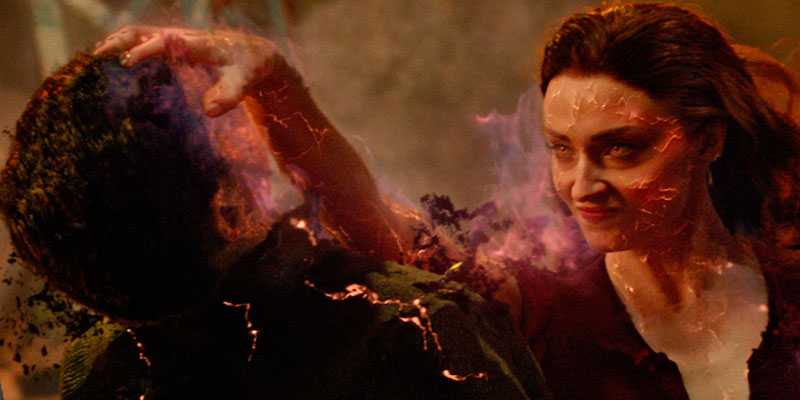 At this point with these FOX Studio X-Men franchise movie, I must start off honestly. Except for Ryan Reynolds two Deadpool movies the whole thing has been a mockery of the comics. It’s not totally the actor’s faults in most cases. We got an awesome Wolverine from Hugh Jackman. Patrick Stewart and James McAvoy played great Professor X’s in different time periods. The same can be said for Ian McKellen and Michael Fassbender about their roles as Magneto. Even though Hallie Berry and Anna Paquin weren’t the best Storm and Rogue we deserved for the beginning of the franchise.

The real trouble with the X-Men franchise has always been the writing and the scripts that were put into the film. There was never any good rhyme or reason and the flagrant use of the timeline was absurd. I’m still not sure that anyone at FOX Studios outside of Ryan Reynold’s team even read an X-Men comic. Often, the characters were not written how they were created. There were a lot of out of character moments and out of character power use. Let’s not even talk about the use of Kitty Pride’s powers to make Logan travel in time. Where did that come from?

That being said, Dark Phoenix was no different of a disappointment. Good actors being led by a poor plot and even worse script. Like all the other X-Men movies made by FOX studios, there is no connectivity to the characters. When the main character dies in a franchise you are supposed to feel it. I felt nothing. This wasn’t Avengers Endgame or even Avengers Infinity War where you felt the losses. You were connected to those characters through a good writing arch. This X-Men franchise never made that connection with its audience. Going in you must realize that this story does a weak interpretation of the comic book story.

The Dark Phoenix story follows the rise and fall of the X-Men’s Jean Grey. In the Uncanny X-Men comic book, she does go through a solar flare in space which is really the Phoenix Force. With this force in her, her powers are heightened, and she puts controls on them which are taken down with the help of the Hellfire Club and Mastermind. Once she loses control and the Phoenix force consumes her, she destroys a planet. Because of this, the Shi’ar Empire come for justice in which the X-Men must fight off a challenge. The battle ends with Jean once again controlling the Phoenix force and sacrificing herself to destroy the force before it does more wrong.

So obviously that is too much to put into a 2-hour movie, so the story needed to be condensed. Re-introducing the Hellfire Club and introducing Mastermind along with the alien Shi’ar race would not fit in that time frame. Plus, you already have an ensemble cast of X-Men that you must focus on. So, in this condensed version you still get the solar flare during a space mission. An alien race was brought in called the D’Bari which apparently didn’t need much explanation except this force inside Jean destroyed their home planet and they want to possess it to get their world back.

Magneto pulled in due to the death of Mystique and bringing with him two unknown unnamed mutants that at first give the X-Men a good fight. The movie starts with an explanation of Jean’s powers and background. It is thought that she accidentally kills her parents and Charles Xavier takes her in. Once her powers are amplified by the force than all that is taken away and the lie that she was told is revealed. Her father survived the accident but couldn’t handle taking care of her. So, the lie was that he would give her to Xavier. Her going back to confront her father is what starts the real trouble because she hurts police and kills Mystique.

In that instant, the mutants get downgraded from world heroes to the most hated people in the world. That’s one of the troubling things about this movie: such nonsensical easy plot points. One act and they go from national heroes to hunted villains. An alien race out of nowhere to explain this force with no name that they want to use to take over the Earth. The rip-offs and wasted material were frustrating to watch. I loved the appearance of Dazzler but the waste of not using the character more and in a battle scene was just disappointing. Cyclops telling Jean that the kids are calling her Phoenix and not properly naming the solar flare as the Phoenix Force made the movie seem even more worthless.

Not actually calling Magneto’s island Genosha and not using known mutant villains to accompany him was another wasted opportunity. Still trying to understand how you can justify getting rid of your resident speedster for the remainder of the movie by just tripping his speed. There was no real reason for Jean to sacrifice herself. She had already won the battle. It was pointless from the start. There were some redeeming qualities. The old–fashioned Dazzler costume and light show, while she was singing, was all you got but nostalgic. The proper use and voice for the Storm character.

No offense to Halle Berry but Alexandra Shipp was a much better Storm. There was also a scene where Nightcrawler loses it and runs through the alien enemy like a man possessed which was a good show of his powers. With a typical wrapped up ending like a 22-minute sitcom from the 70s, I’m glad this is the last that we will see of this franchise now that Disney has brought the FOX Studio property back to Marvel Studios. This will hopefully be the last bit of torture of our favorite comic book mutants that we should have to endure. I just wish a lot of these actors in this franchise had a chance to do the same thing with Marvel Studios where their talents would have been given better material and direction.