Diverse Superheroes That We Need to See In Live Action 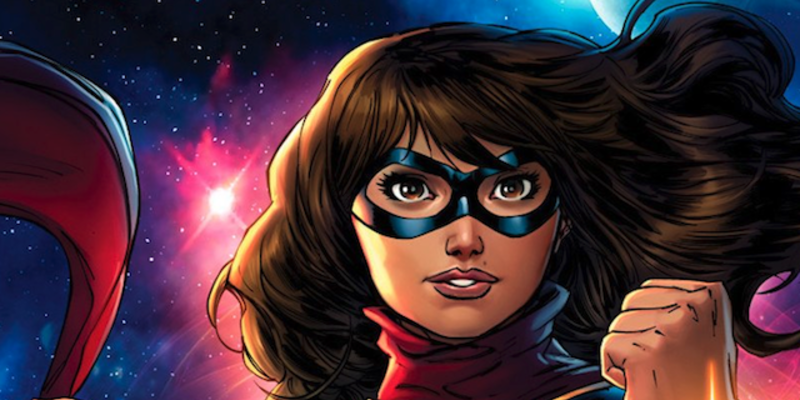 With the success of Wonder Woman in 2017, Black Panther in 2018 and the recent success of Captain Marvel in 2019, it is clear to see that the world is ready for more diverse superheroes in the very near future. In the past, the genre has been focused on the most popular predominately white male superheroes from comic books. We were excited to see Captain America, Batman, Superman, Iron Man and the rest because to comic book fans it was a dream come true.

With the early exceptions of Steel with Shaquille O’Neal, Wesley Snipes’ Blade and Michael Jai White’s Spawn, we have not had any lead character portrayals of comic book characters of color on the silver screen. Early attempts at lead comic book women consisted of Red Sonja and Tank Girl but not much else. The recent controversy of Brie Larson and having more diverse characters in comic book movies caused quite a stir. Her call for a more diverse showing in not only the movies but in the news media outlets that cover them caused a lot of “fans” to start trolling it with bad reviews.

The latest version of Ms. Marvel has become a very popular character of late and has already made appearances in cartoons. Having a Pakistani American who so happens to also be Muslim would be a very diverse change in the makeup of the MCU. If done correctly she would definitely have the same appeal that Spiderman has on younger fans.

The Afro-Latino teenage hero that assumed the role of Spiderman when that universes Spiderman was killed, quickly became a fan favorite. So much so that actor Donald Glover petitioned hard to portray him as the next Spiderman. The studio went with the classic Peter Parker but the thought was out there to fans. In December we were treated to an awesome Miles Morales animated movie on the big screen that even won an Oscar. Imagine what a live action movie could do.

Static burst on the scene as part of the DC Comics Milestone line of books. he became the immediate star of that line. Milestone was created to appeal to a more diverse audience because even in the early ’90s there were not a lot of lead characters of color in comics. Static eventually had his own cartoon series which was very popular and appeared in other DC animated shows with other DC superheroes. There has always been a call to put him on the big screen in live action. Now is the time.

Why this virtually unknown character. Well because a character that made such an impact and leads the way for other characters should have his day. The character was one of the first openly gay characters in a major comic line. The issue in which his character came out (Alpha Flight #106 1992) made news headlines and sold out in a week. As a celebrity with mutant powers that worked for the Canadian government, I think we can come up with an interesting storyline.

Shang-Chi coming to any screen is another much-anticipated event. This character came about because Marvel wanted a character that was a little like the television show Kung Fu. There are talks of a movie coming with a screenwriter and director attached but with these things you have to wait to make sure it happens. I don’t see how a movie about the greatest martial artist in the Marvel Universe could not be interesting.

The cousin to the Incredible Hulk would be a perfect character to bring to the screen. With the rumors of contracts being up of some of our lead Avengers, she would be the perfect character to fill the gap. Her background is a lawyer who, unlike her famous cousin, maintains her intelligence when she Hulks out would make for a great storyline.

Same-sex relationship of a couple that is often compared to Superman and Batman. If done correctly this sounds like a formula that could make right what Batman vs Superman wasn’t.

Blue Marvel is an Afro-American character that was created in modern times but comic storyline dates back to the ’50s and ’60s. His costume in those times covered his whole body because it was believed society would not accept a Black man as a hero. When it was revealed that he was a Black man after his costume was torn in a public battle he went into seclusion and helped the world with his science. Now he has rejoined the world as a hero. This backstory would make a perfect movie.

There were a few Spider Women along the way but let’s stick with the first one. Jessica Drew has been a hero with and without her costume even helping along with other women who have taken the role of Spider Woman. With her backstory, you can actually pull off a movie with Spider Woman and Spider Man not even be mentioned. In 1979 she had her own animated TV show so I think now is the time for live action.

Leave a comment and let us know what diverse characters that have never been on the big screen that you think belong there.