Don’t Call It A Comeback 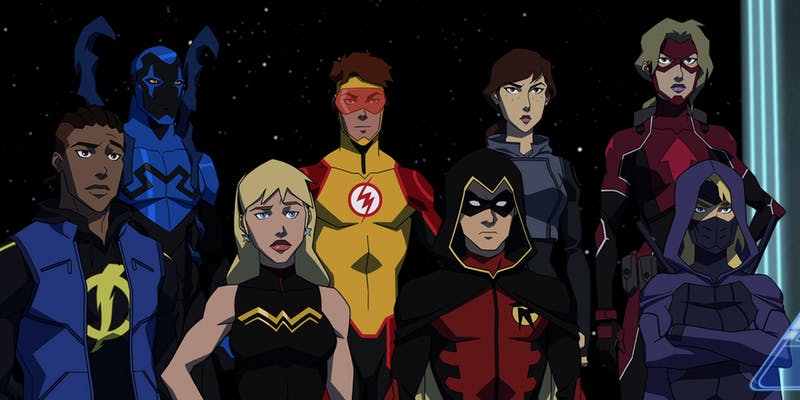 After protests, petitions and a long wait Young Justice: Outsiders Season 3 is finally here. The series return debuted on DC Universe streaming channel on January 4, 2019, at 9 am. Young Justice premiered on Cartoon Network on November 26, 2010, and was canceled in the Spring of 2013. This cancellation was very surprising to the fans because this was a much-beloved show. It was great. Like reading a comic book and it had more adult themes which were awesome.

But here’s the thing, no show lasts on television without the sponsors. No cartoon show lasts on television if you can’t sell the merchandise with the show. At first, it was said that the Young Justice cancellation was because more girls were watching the show and DC execs wanted more boys watching the show to buy more merchandise. Incidentally, there are a lot of fangirls in the comic book nerd community than these execs know about apparently. Then it came to be known that the toys from Mattel that were aligned with the show were not selling and Mattel pulled the toy line.

This pulled the funding for the show which affected the third season. The replacement by Cartoon Network of Teen Titans Go was a big disappointment to fans who loved Young Justice. However, Titans Go sold a lot of merchandise to younger audiences and manage to stay afloat to the present day and even produce major motion animated pictures. Fans protested and signed petitions to bring Young Justice back and all the hard work paid off. When DC announced its streaming network one of the prime reasons most people signed on was the promise of the much-demanded season 3 of Young Justice.

DC Universe started streaming by fall of 2018 and fans learned that they wouldn’t get their favorite show until January 2019. On January 4, 2019, all their dreams came true with three premiere episodes of the new season. As someone who subscribes to the streaming channel, it took me over two hours to get in through my app. But when I finally got in it was well worth the wait. Season 3 picks up where season 2 left off. The Reach has been defeated, Nightwing takes a leave of absence and Wally is still gone.

The Justice League and Young Justice are still working side by side in the satellite. Then time jumps 2 years. Nightwing is still flying solo, Wally is still gone and the story revolves around experiments done on kidnapped youth to expose their metagene and turn them into metahumans to exploit. Batman, believing that the Justice League is not effective anymore resigns with a small fraction of Leaguers. Nightwing is off following his own lead on missing kids.

The thing I liked about season 3 is while watching it you forgot that it had been 5 years since you last saw these characters. The flow of how this show picked up was steady and smooth. Being that the show was now on the DC Universe streaming network there was a slightly different tone. This was an even more mature tone than when the show was on Cartoon Network. With lesser restrictions, Young Justice can reach its audience with subject matter that it could not do before.

Filled with action along with a well-written script, Young Justice: Outsiders season 3 was exactly what the fans have been waiting for all this time. Just as the prior two seasons showed five years ago, the action played out like reading a comic book. But this wasn’t just an animated fight show where there were pointless fights, the drama is what makes this show stand out. The feeling of betrayal when Batman leaves with his fraction of Leaguers, the love of Superboy and Miss Martian, Tigress still missing Wally West, Black Lightening feeling like he is no longer the hero he once was, and the interaction of the royal family of Markovia all played out in this script evenly with the action sequences.

Kudos to the voice actors for bringing this animated show alive. Just like the original Outsiders from the comic book Batman and the Outsiders, we are also introduced to 2 new characters to the show but familiar to comic readers: Prince Brion, Geo-Force, and Halo. And what would bringing original Outsiders into the fold be without also re-introducing a favorite villain from the original comic: Baron Bedlam. Yes, this show had it all and it’s only 3 episodes in. If the first three episodes are any indication then this is a formula for a winning season. Young Justice is back. Season 3 looks to be everything the fans asked for.

Tell us what you thought of Young Justice: Outsiders season 3.