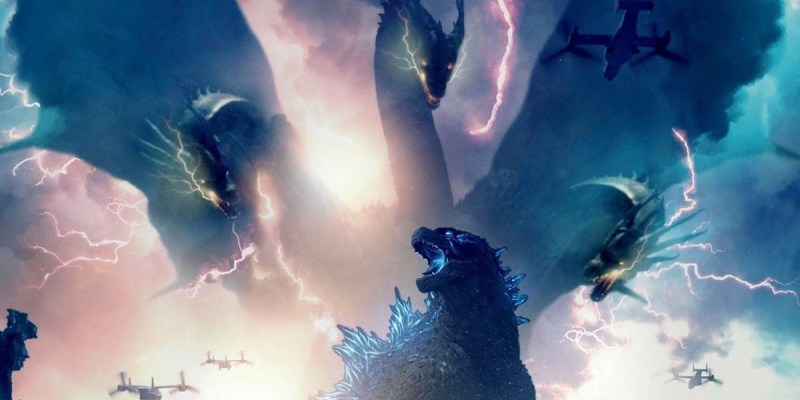 Godzilla, one of the most famous monsters worldwide for more than 50 years. From Asia to America, fans fill the box office to see the next iteration of Godzilla. However, this version of the King of Monsters would best be suited filling the couch of your living room. The opening scene gives the audience a brief refresher from the ending of the previous Godzilla movie. From there it seemed more like a monster version of Where in the World is Carmen San Diego than an epic monster movie.

This is a great cast, but combined their performances were lackluster. The dialogue felt empty for most of the film and forced in the rest of the scenes. Millie Bobbie Brown is the main reason I went to see the movie, as I am borderline obsessed with Stranger Things. So, the audience knows she has a wide emotional range in her acting repertoire, which was on display, yet felt flat when combined with the surrounding cast.

The monsters seemed to all have the same gray, scaly skin. Whether due to CGI budgeting or lack of creativity, it pulled away from the unique traits each monster is supposed to have. Except for Mothra, the Queen of the Monsters. The Queen of Monsters illuminated the dark theatre with a beautiful glow, or at least you knew it was supposed to be Mothra, even if the monster was no longer discernable with the lighting.

The visual effects were not a complete loss, Mothra’s introduction was a powerful scene, Godzilla’s introduction set up a few plot points and underlying movie themes, and Monster Zero stole the scene with Godzilla. After the first glimpse of each monster, they lose their aesthetic appeal.

The story lacked intrigue and was dull at each stage of the film. This dragged its claws at every point, which ruined what could have been a big twist. But even this twist lacked the punch when it was revealed, much like the first battle scene between Godzilla and Monster Zero.

As a movie fan, I tend to keep to the common courtesy of not talking or look at my phone during flicks, yet I found myself checking the time in between conversations during this Monster Goose Chase. Perhaps the final battle would have been the visual aesthetics and edge of your seat fight sequence I was hoping to see during the film, but I did not make it that far. Unless the humans revealed themselves to David Icke’s lizard people, the ending could not have saved this monster story flop.

2019-06-12
Previous Post: Comic Con: A Superhuman Experience
Next Post: Heroes In Crisis: A murder mystery based on therapy