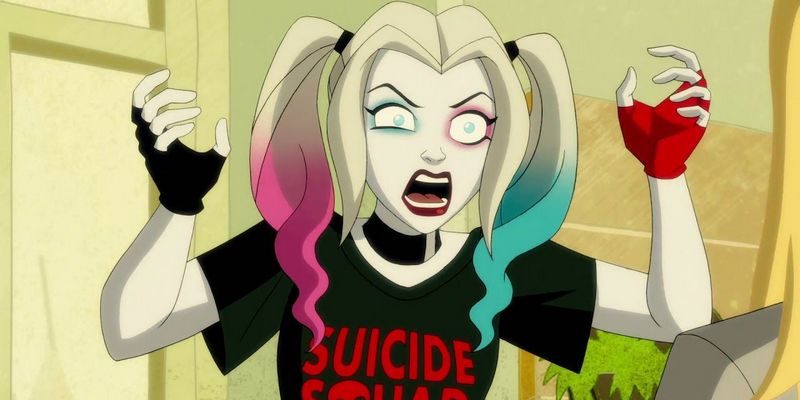 Let’s be clear: I’m not on the Harley Quinn train that DC seems to be on.

Unlike most comic characters Harley Quinn’s start was on TV. Harley Quinn was meant to be a one-off character in September 1992 on Batman the Animated Series as the Joker’s girlfriend. The character was a hit and made it to comic book pages in September 1993. Now after getting her own book title and starring in a live action movie, Harley Quinn is the star of her own TV series on the DC Universe streaming service.

Harley Quinn is not your kid’s cartoon. Like every other DC Universe original show, Harley Quinn is adult themed and laced with profanity. The series tells the story of Harley Quinn striking out on her own. She realizes that she is not as important to Joker as she thought she was. She always thought of herself as his partner. He treats her like a sidekick. This is about her breaking away from the Joker and becoming her own woman.

But just as the Joker is obsessed with killing Batman, Harley is obsessed with showing Joker that she is her own woman. Now take that concept and add comedy. In recent times, DC is learning that taking the dark approach to everything is not the route to go. Harley Quinn takes a more comedic look on the Batman universe and Gotham City. It doesn’t glorify crime or the evil of the villains but just takes a more comedic look at the dark underworld of Gotham.

Kaley Cuoco does an excellent job as Harley Quinn. The series shows you the real character that is Harley Quinn. She’s crazy but she is also smart. She is underestimated as the Joker’s girlfriend and often dismissed, and she wants to show the world she is more than that. The series delves into the history of the character in that she was once a prominent doctor who was turned by the Joker into a villain. She’s a crazy lady who still retains the knowledge of her old profession.

We cannot talk about this show without giving prompts to the supporting cast. So far most of the Gotham underground has been represented along with some other villains. One main stand out is Lake Bell doing the voice work for the Poison Ivy character. Poison Ivy is like Abbott to Harley’s Costello. Harley is like every bad kid going to the Chocolate Factory and Ivy is like Willy Wonka calmly sitting there going “No. Wait. Stop.” But Harley does it her way anyway leaving Ivy at the end going “Did we learn anything from this?”.

However, the one thing that translates from the comic in this series is the friendship between the two women. Actor Alan Tudyk does an awesome job with Joker. It’s really some Mark Hamill Adventures of Batman level work that this man puts into it and that’s a good marker to have. He shows the random craziness that is Joker and how you never know what the Joker could care about or not care about. Another stand out is Frank the Plant voiced by J. B. Smoove.

This is some Little Shop of Horrors kind of stuff and a great comic relief in a show that is full of comedy. Almost every villain you can name shows up on this show voice by some very notable actors. Listen for talent such as Wanda Sikes, Sanaa Lathan, Jason Alexander, Tisha Campbell-Martin, and Howie Mandel. One of my favorites is voice actor Matt Oberg who does a few of the villains but the main one that stands out to me is Kite Man and the running joke with him. It will have you on the floor.

Like I stated in the beginning, I am not a big Harley Quinn fan. However, this show is worth taking another look at the character. New episodes every Friday. Check it out.