Hulu’s Runaways: A Review in Pride 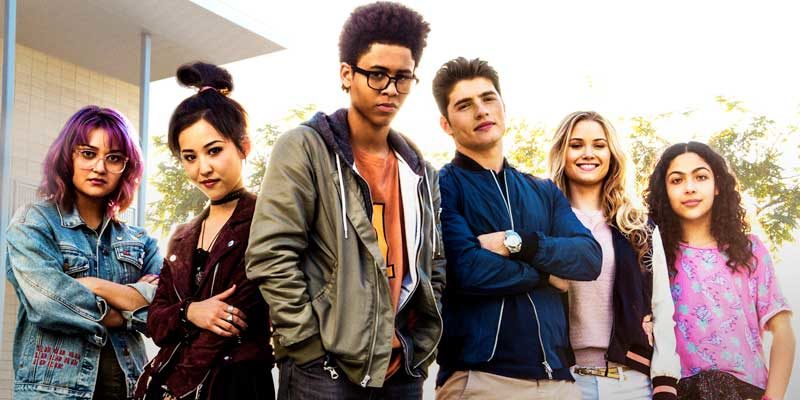 I finally got a chance to catch Marvel’s Runaways on Hulu and I was thoroughly impressed. I’m going to start this out by stating that I never read the actual comic that came out in 2003. I was always into comics with capes so I didn’t think it was my speed. I think the first time I ever read a book with The Runaways in it may have been a crossover and even then I didn’t understand the concept. Then, after watching Cloak and Dagger, Freeform shows the first episode of Hulu’s The Runaways. I was hooked. I then went to my barely used Hulu account and watched the rest of season 1.

This gifted well-rounded cast has a few faces you would recognize if you’ve seen a few Disney shows, Buffy the Vampire Slayer and the movie Remember the Titans among other things. There is no big headlining star to attract viewers to this series and that’s a good thing. Each actor plays his part perfectly. That’s what made this series great. It was almost like these actors were made for these parts and brought these characters to life. Runaways start as a story of five families. The parents are seemingly a part of a charity organization called Pride. Through their continual meetings, the kids also came together. The five families inadvertently became one big family. Then there is a tragedy.

Our story picks up two years after that tragedy. The kids are no longer close and have gone their separate ways. They no longer get together when their parents have their meetings. However, Alex Wilder has the idea to get the kids back together to save Nico, who was drastically changed by the tragedy. Reluctantly and by chance, the kids end up together during one of their parent’s secret charity Pride meetings. Unfortunately, the kids find out that the parents are not planning charity but murder. They witness their parents perform a ritual sacrifice of a young girl. This sends the kids on an adventure to find out the truth about their parents and begins their mission of trying to stop their evil activities.

During this 10-episode series, there are many twists and turns. The kids discover certain powers and abilities they didn’t realize they had. The kids also develop unexpected relationships. Many revelations come to light about the parents and why they do what they do. Julian McMahon’s mysterious Jonah character moves the plot along and digs deeper into what exactly the Pride is about. Each parent has their own demons to deal with and we find out how each of them feels about Pride and why they are a part of the organization. This is not a spoiler, but the parents are not very nice people. DeVaughn Nixon’s Darius reminds one of the parents about his shady past through blackmail.

I enjoyed the show so much that I went online to try to read a digital copy of the original comic. I didn’t like it. I’m not saying that the original comic isn’t good. I can’t say that. It’s a very critically acclaimed book. However, I made the mistake of seeing the Hulu show first. There is an amount of realism in the show that is not in the comic. Of course, it’s a comic so this can be expected. The series took a different route to get to the story. In the comic, the kids have a different attitude towards each other as opposed to the series where the animosity towards each other was more grounded.

The comic showed so obvious points from the start whereas the series used episodes to build up relationships that took a few panels in issue one to establish. I only got through to issue of the comic 2 before I had to stop. The series I could easily watch again. So, if you need to binge-watch something before the fall TV season begins, do yourself a favor and run away with the Runaways. Now if you’ve seen this series leave us a comment on your opinion of the show. If you decide to watch after this review, please come back and comment on your opinion about the show. In the meantime, there is not a release date for season 2, but I can’t wait to see where the kids further adventure leads.