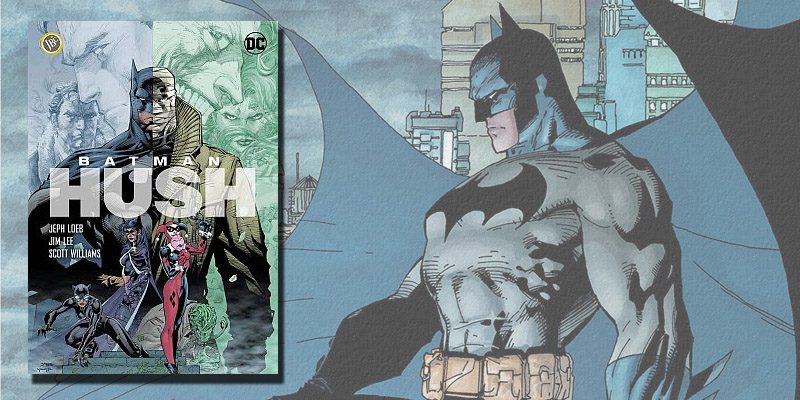 The DC universe has done it again. If their goal is to let down their fanbase, they have been on fire. More realistically, they are playing cash grab, trying to catch up to the MCU. Hush is one of the most revered Batman story arcs, just like the Killing Joke, and just as they did with the Killing Joke, they ruined a fan favorite.

If they keep this up, the LEGO comic book universe will be the MCU’s closest competitor. Hush, the animated movie, followed some of the story. Batman tries to catch Batwoman in the opening scene, but his Batarang line is cut, causing him to free fall and resulting in a brain injury. In the opening scene in the comics, Killer Croc is the villain Batman and Catwoman converge upon, whereas the movie chose to use Bane.

The casual DC fans would be more familiar with Bane than Killer Croc, so there is a certain profit-based logic, but it does not add to the story. But at least that only didn’t add to the story, compared to other alterations which ruined this animated adaptation. The animated movie again stuck to the source material in the Batman versus Superman fight.

Poison Ivy was able to put Superman under her spell with Kryptonite lipstick, then used him as a weapon against Batman and Catwoman. This scene was a rare bright spot. Batman using the Kryptonite gloves and running in lead lined tunnels to counteract Superman’s superhuman strength advantage always appeases Batman fans.

The Batman and Catwoman love storylines intrigued readers since its inception, Hush the movie capitalized on this to the “Umph” degree. The audience went “Umph” when this story about the manipulation and betrayal at the hands of childhood best friend became that love story. Fans probably would have been happier if it ended in the wedding of Batman and Catwoman than they were with this movie’s twist(ed) ending.

Introduce Dr. Thomas Elliot, like the comic, the fans are introduced to Thomas Elliot as Bruce Wayne’s childhood friend to operate on Bruce Wayne. The scenes between Bruce and Thomas were supposed to set up an emotionally driven reveal, instead, they turned it into another tragedy caused by Bruce Wayne being Batman.

In the comics, this scene was staged, as it is finally revealed, Hush was Thomas Elliot. This emotional impact of this personal betrayal is one of the main reasons Hush goes down as one of Batman’s best stories. Another missing emotional piece to this puzzling movie, was the absence of the Clayface as Jason Todd scene.

This scene was absent due to continuity issues, as Jason Todd is not a part of their DC animated universe. But the scene in the comics where Batman confronts Jason Todd was one of the most pivotal scenes of this story arc. Instead of drawing the fans in with this scene, they foreshadow a decision that would make Batman fans squirm and dissociate from this animated film.

Hush, the animated movie decided to put their own twist on the surprise ending, and The Riddler revealed as Hush. Their apparent logic comes from the very end of the comic when Batman visits The Riddler at Arkham Asylum. While their reasoning makes sense, it completely ruins the impact of the reveal, and thus the movie in its entirety.

Hush, the animated movie, another DC movie let down. DC animated movies, such as Under the Red Hood stuck to the source material and was a hit amongst DC fans and blew Marvel animated movies out of the water. DC comic fans want their favorite comics to come to life whether live-action or animated, however, they will stop spending their hard-earned dollars if DC continues to butcher some of its best storylines.

Hush is a movie no Dc fan will recommend to another, diehard or casual. With movies like the Killing Joke and Hush, it is getting harder to be excited for any future DC animated projects. Here’s to hoping there is a major twist in the DC production team so Dc fans will once again be proud to discuss their favorites story arcs come to life on the big or silver screen.