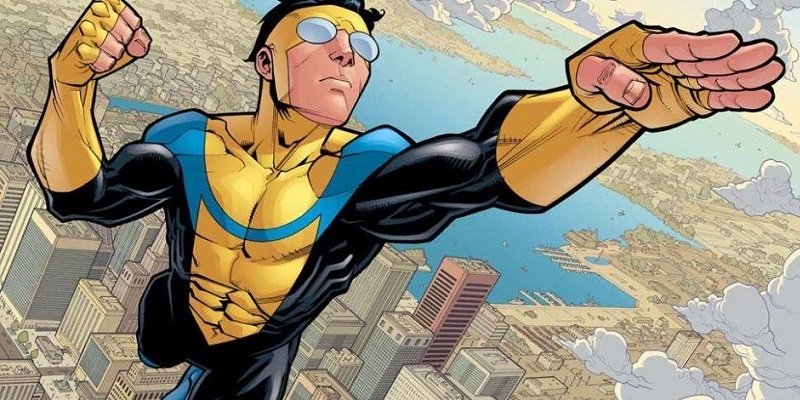 I am a comic book nerd, but I am a particular comic book nerd. My comics must have superheroes in tights. I need powers and capes. I also limit myself by not going too far out of the Marvel or DC realm. I have dabbled at the other publishers, but I do not do it too often because it’s hard enough and costly enough to keep up with the two titan publishers let alone venture out.

My son is a comic book nerd also. The difference is that he will venture out to independents and little-known publishers. He is always trying to get me to read something new, but I never want to explore outside of my comfort zone. So, when he suggests a book, I rarely read it or follow it.

Sometimes, he will let me borrow a trade paperback or a book he thinks is good and wants me to try it out. I take the book to please him, but I barely read them if at all. I am so used to what I have been reading for over the last 40 years that I do not want to add anything new. Like I said: comfort zone.

This was the case with Invincible. Invincible is a story from Image Comics about a young man who inherits superpowers from his father. Mark Grayson is the son of Nolan Grayson who is the world-known superhero Omni-Man. Omni-Man is a man who is an alien from the planet Viltrum who came to Earth to be its protector.

On the surface this sounds like a DC comic what if Superman had a son story. But its not.

Invincible has a lot of similarities to other heroes and other titles that are well known due to the major two comic publishers. There are heroes and villains that resemble known characters from Marvel, DC, and other publishers. On the surface, it looks like any other superhero story but that is the deception.

Like I said before, I never read the actual comic but from what my son tells me of this storyline things are never what they seem. Not having read the book previously is a regret of mine since this series offers a lot of realism in a make-believe superhero world.

You should be warned before digging into this 8-episode series that this is not your typical superhero story. Invincible contains some adult language, content, and graphic scenes of violence. Amazon showed the first 3 episodes on March 26 with the 5 remaining episodes to be aired every Friday.

Invincible is an adult-themed animated superhero story that plays out like a soap opera. From the very first episode, you realize that not everything is what it seems. This grabs you in. This is what will compel you to binge the first 3 episodes at once.

Just be prepared for the twists.

2021-03-31
Previous Post: Superman and Lois – Love Throughout The Ages
Next Post: The Falcon and Winter Soldier plus other Time Displaced Superheroes