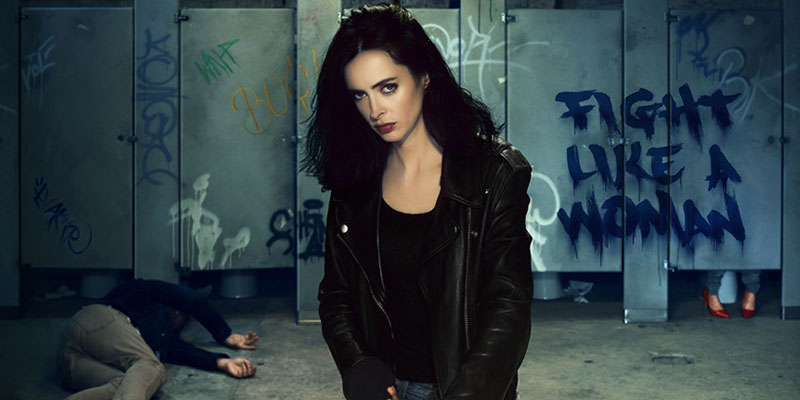 On June 14, 2019, the last of the Marvel Netflix shows came out. Jessica Jones season 3 marks the end of a very short era where Marvel fans were treated to the adventures of the street level side of the Marvel Universe. I remember that first season being a breath of fresh air and another introduction into yet another part of the Marvel Cinematic Universe.

After Daredevil, this was the perfect follow up to the Marvel Netflix Universe. The super-powered detective, Jessica Jones, played by Kristen Ritter, displayed another street level hero dealing with everyday life. The Purple Man making the perfect villain and the tie in with Luke Cage all 13 episodes making the season worthwhile.

The second season wasn’t as well received. It included a drunk sex crazed Jessica Jones trying to come to terms with the ending of the first season, a return of her long thought dead mother who was murderous psychopath and best friend Patsy Walker, played by Rachael Taylor, just being an annoying pain in the butt want to be hero throughout the whole thing. Ritter’s angst-driven I’m a bad girl routine became old and trite real fast.

The only payoff was that Patsy Walker received the powers that would make her into the superhero Hellcat that we know from the comics. Or was it? Season 3 opens with Jessica Jones again dealing with the aftermath of the previous season. The death of her mother at the hands of her best friend has her even more of a loner than before. However, even though her pain she is discovering her new mission to be a hero.

Season 3 steps the detective reluctant hero back to her star status of season 1. You see the lead character back on a path of growth as she was in the first season. We get a Jessica Jones not only trying to see her full potential but actually living up to it. Ritter has come full circle and embraced her character. To help this progression the writers have taken the Jessica Jones storyline back to the noir detective that we saw a glimpse of in season 1.

As season 2 was filled with typical one-liners and hackneyed script writing to overcompensate how badass Jessica Jones is to the point whereby the 5 episode you were watching saying “ok, we get it she’s a drunk badass”. Season 3 showed a more compassionate side along with being that badass. There was a more vulnerable Jessica Jones that not only showed when she was mortally wounded but when the character consistently wanted to do the right thing no matter how much she wanted to revert to her old ways.

This was less about strength and fight scenes and more about solving the mystery and catching the bad guy legally and alive to face justice. The character development of the other supporting characters was well scripted and plotted out to give them all a fitting finish. Malcolm, played by Eka Darville, goes a total 360 from season 1. The drug-addicted loser who sometimes helps Jessica is now a successful detective in his own right.

He has made the biggest jump in 4 seasons with this last season dealing with his own demons and almost struggling the same as Jessica with being a hero and doing the right thing. Carrie-Ann Moss’ Jeri Hogarth is still trying to come to terms with her pending doom from ALS. She learns a valuable lesson as she attempts to use her money and manipulation to buy her happiness in her final years.

The twist in the Patsy Walker storyline elevates her from being one of the most annoying parts of season 2 to one of the most interesting components of season 3. The one element in all the Marvel Netflix series is the twist that happens sometime towards episode 7 or 8. Jessica Jones did not disappoint in the twist that Patsy takes a big part in. Taylor surprises on how invested she becomes in her character to pull off this twist.

As in any good crime drama superhero series you can’t pull off a good story without a better villain. Greg Sallinger, played by Jeremy Bobb, was that villain. Sallinger was a highly intelligent man who was always one step ahead of everyone. He was a psychotic mastermind that turned out to be more than a match for Jessica and her allies. That’s what made this season enjoyable for me. It wasn’t about strength because he was no match for our hero in that department. This became a battle of wits. A true detective story. Honestly, because of season 2, I was not happy that the Marvel Netflix Universe would end with Jessica Jones.

It wasn’t grand enough for me. I wanted to see more Luke Cage, Daredevil and Iron Fist. I wanted a Misty Knight and Colleen Wing series. I wanted to see another Defenders story with possibly the Punisher, Electra and Bullseye making appearances. There was more story to be told there. I wanted to see these characters stick around long enough to be included into the Marvel Cinematic Universe (and, yes, I was one of the people who was hoping they would step out of a Dr Strange or Wong portal in Endgame). Even though I will not get to see any of those things, what I did see was a fitting ending that did not disappoint.

Let us know what you thought of Jessica Jones season 3 in your comments below.