Lovecraft Country: The Review and the Truths 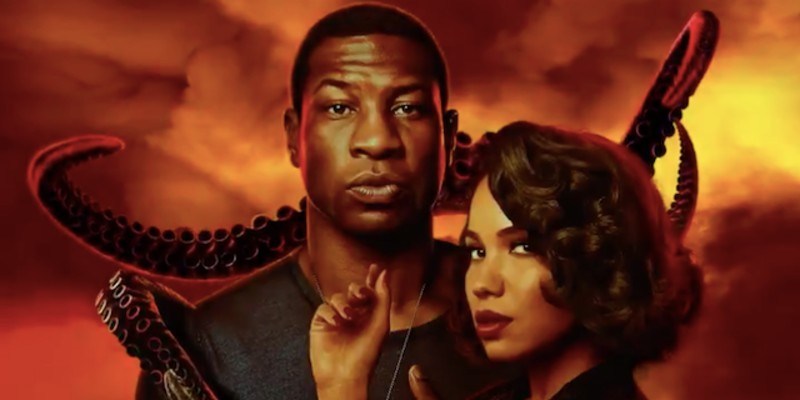 Lovecraft Country was not what I was expecting. It was much more.

Lovecraft Country is a sci-fi horror drama that premiered on HBO on August 16, 2020. This series follows Jonathan Majors as Atticus Freeman a Black man in the 1950’s on a quest to learn his past. Atticus’ quest leads him to learn about certain mystical mysteries that were deep-rooted in American history and his family’s past.

Atticus is joined by his Uncle George played by Courtney B. Vance and his friend Letitia Lewis played by Jurnee Smollett to find his father Montrose Freeman played by Michael K. Williams. On this journey, they witness what they thought was impossible and are introduced to a world of magic and secret societies.

Rounding out the cast is Aunjanue Ellis as Hippolyta Freeman George’s wife, Wunmi Mosaku as Rudy Baptiste Letitia’s sister, Abbey Lee as Christina Braithwhite, Jamie Chung as Ji-Ah, and Jada Harris as Diana Freeman. The superb acting on this series is what sold it for me. The chemistry of this ensemble cast was top notch. The thing I liked about this sci-fi horror is that it was focused on the legacy of a Black family in the 1950’s.

As I was watching this, it had me thinking about Watchmen, the HBO series that premiered in late 2019. Watchmen focused on the legacy of a Black hero from the 1940’s and the effects his past life had on his family and his decisions. This is the second time within a year that HBO has released a series that is closely related to the strife going on in our real world. Look out world apparently, HBO is woke.

With that being said there were certain truths in this series that we are going to point out for you.

Believe it or not, this was a real thing up until the 1960’s. There were towns and counties that were run by all-white municipalities that enforced laws regarding Black people being in town after dark.

Emmett Till was a real person who was viciously murdered in Mississippi on August 28, 1955, when a 21-year-old White woman, Carolyn Bryant, accused Emmett of flirting and whistling at her. Bryant’s husband, Roy, and his half brother J.W. Milam decided to take justice into their own hands and murdered Emmet. They were never charged with Emmett Till’s murder

This was the real nickname of Emmet Till.

The scene where the woman steps out of the viewing to automatically throw up is not an exaggeration. Emmett’s mother, Mamie Carthan Till-Mobley wanted the world to see what was done to her baby, so she demanded that there be an open casket with no alterations done to the body. Also, during that scene, Diane mentions the smell. Just as she was told in that scene, the stench of Emmet’s body carried for at least two city blocks on that hot day.

From May 31, 1921, to June 1, 1921, a white mob stormed the thriving area known to many as Black Wall Street in retaliation for Dick Rowland, a young Black shoe shiner, allegedly assaulting Sarah Page, a young white elevator operator. The estimate on how many were actually killed that day tends to vary however they are still finding hidden graves as late as October 2020.

I highly recommend Lovecraft Country and I really wish there were more than just 10 episodes. There is already talk of a season 2 in the works. I don’t want to give anything away and spoil it for you, but I will tell you to pay close attention. Everything and I mean everything happens for a reason.

There were a few episodes that I wondered what they had to do with the show until it all came together in that last episode. Every main character had a spotlight which was important to tell the story. Now I did leave with some unanswered questions but nothing that left me upset. Suffice it to say I see multiple ways that season 2 can be done. With that, I have said too much, lol.

Let us know what you thought of Lovecraft Country in the comments below.