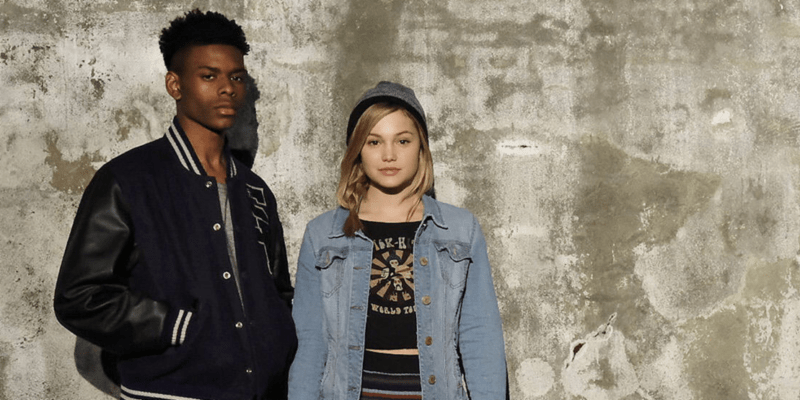 On Thursday, June 7th, Freeform TV premiered Marvel’s Cloak and Dagger. The title roles of Cloak and Dagger go to Aubrey Joseph who plays Tyrone Johnson/Cloak and Olivia Holt who plays Tandy Bowen/Dagger. Although this was based on the comics and had a lot of similarities, Cloak and Dagger was watered down a little different for the TV audience.

Cloak and Dagger first appeared in Marvel Comic created by writer Bill Mantlo and artist Ed Hannigan in Peter Parker, The Spectacular Spiderman #64 in 1982. The original story of Cloak and Dagger was about two runaways, Tandy Bowen and Tyrone Johnson. It was about the streets and the evil things that can happen to teenage runaways on the mean streets of New York City. They ran into the wrong people and was forced to be test dummies for a new drug. Tandy and Tyrone and survived this procedure and gained incredible powers. Tandy received the light and Tyrone the darkness. Because of how they were taken advantage of by their predators, Cloak and Dagger went on a mission to avenge themselves and protect other runaways.

Freeform in collaboration with Marvel decided to take a slightly different approach. The show starts off with Tandy and Tyrone being much younger when they receive their powers and they are not runaways. Tyrone is a young 10-year-old middle-class kid hanging out on the streets with his brother trying to hang with the big boys. He steals a car radio to impress his brother, but his brother tells him that this is not the life for them and takes the radio to return it. That’s when the cops show up and they run. The chase takes them to the docks where Tyrone’s big brother is shot and falls into the river, with his hands up of course, and Tyrone jumps in after him to save him.

Realizing his bother is dead, Tyrone is then hit with a strange energy. Tandy is about the same age and is a young ballerina. She is getting picked up late by her father from ballet class. He is arguing on the phone about a problem at work and the camera pans down in the car to show his Roxxon ID badge. As they are driving on a highway bridge he looks out at a Roxxon building as there is an explosion. The explosion distracts him, and he has an accident with a truck and crashes into the river. Tandy is trapped in a sinking car when the explosion affects her. She sees a light then darkness and then a hand reaches in to save her, It’s Tyrone.

The story then picks up years later with Tyrone a high school basketball star and Tandy a con artist living on the street. They have a chance meeting at a party and their powers start to develop.

This two-hour season premiere was about an hour too long. Yes, I know it was the set up for the rest of the season, but this set up told two hours of the same story. Tandy is a bad girl trying to cope with her father’s death and her mother’s problems and Tyrone is living with the guilt of his brother’s death. This premiere, however, really beat a dead horse. It would have been nice to see them do a semblance of the original storyline and have them using their powers much sooner but from the little, we saw of the teases of their powers it was not worth sitting through a 2-hour premiere. About their powers, Freeform decided to add a new twist by having both title characters suffer from realistic daydreams, Weird.

Plus, Tyrone would wake up in a new place obviously related to Roxxon and the policeman who shot his brother. With an origin story like Cloak and Dagger you really didn’t need to deviate from the original story or create new powers. I waited for 2 hours to see Tandy do a flip and throw a light dagger and to see someone fall into Tyrone’s darkness. I was a victim of disappointment. This played out more like a Riverdale soap opera. You can’t advertise two heroes like Cloak and Dagger on a long-awaited much-hyped premiere episode and not give the audience what they want.

Right now, I am contemplating watching the rest of the season to see where they take us. When I watch a fictional character go from the comic book page to live action, I want the closest adaptation to the source material I can get. Will I ever see the depiction that I expect and I have seen done successfully so many other times? I can’t be quite sure. I’m scared I might be disappointed watching more of Cloak and Dagger, so I am still thinking about it.

2018-06-13
Previous Post: The Titan & The Direct To Netflix World
Next Post: Do You Have A Moment To Discuss… Gentrification?