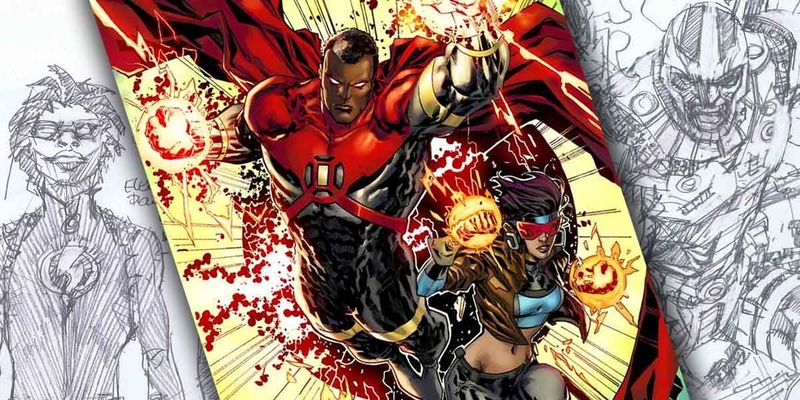 This is the return I have been waiting for an exceptionally long time. The return of Milestone. This wonderful universe and its wonderful characters are back in our lives and it is a treat.

Warning: This article is filled with spoilers

Originally, Milestone Comics were founded by African American artist and writers in 1993 and published and distributed by DC Comics. The founders were Dwayne McDuffie, Denys Cowan, Michael Davis, and Dereck T. Dingle whose intent was to represent minorities in comics in the best and truest form to accurately represent an underrepresented side of American culture.

In the fictional city of Dakota, heroes such as Static, Icon and Rocket, The Blood Syndicate, and Hardware would protect the people against evil. Yes, the other comic publishers had African Americans and heroes of color but the difference here is that these heroes were created and written by people of color. Artists and writers depicting what they know about life that they knew and not speculation based on stereotypes. At the beginning of comics that is what you got when it came to minorities: stereotypes.

With this return, you get some change and some retelling of origins. Times have changed since 1993 and society has changed.

This is a major change in the retelling of the Milestone Universe. In the original telling of Milestone, there was an incident called the Big Bang in which a bunch of gangs got together for a big fight which was broken up by the police. In the exchange, a lot of gangbangers were poisoned and exposed to chemicals that killed some but gave other fantastic powers.

In Milestone Returns that whole story was updated to youth attending a Black Lives Matter protest. At this protest, police gassed the crowd with an experimental gas that was not thoroughly tested and now you have various people with superpowers in the city of Dakota.

The issue starts with this story and the birth of Static Shock. Later in the book, you get a backstory on Virgil Hawkins and a little of why he does what he does. While others who receive powers decide to continue being bullies and how he chose to fight for justice. Even when the thought of getting revenge on his bullies crossed his mind, he ultimately chooses a path for good.

As a result of the incident with the police at the BLM rally, our story moves on to Curtis Metcalf. Curtis Metcalf is a prodigy at Alva Industries who was found at the age of 14 and brought into the company by owner Edwin Alva. Metcalf is a genius inventor who invented the gas at the rally. Knowing that he will get set up for the police using it against his will, Metcalf creates the Hardware armor to clears his name and seek justice for what was done.

We are next introduced to a kid named Darius who sees himself as a social media reporter. He tells of the damage that was done and what is being done to correct it. He also tells of the injustice being done to the disenfranchised. He cuts to two affected youths who feel they have nowhere to go but to link up with a superpowered gang leader named Holocaust. We later see Holocaust talk to his followers as he leads them to not only take over the city but eventually the world.

A good portion of this reintroduction to Milestone is centered around Icon and Rocket. We are reintroduced to the story of a 200-year-old alien living secretly in Dakota found by a young woman who initially entered his house to rob him. Apparently, she talked him into becoming the hero Icon and her as his sidekick Rocket. Icon is kind of like Superman only with a few more powers and almost a Martian Manhunter type background. Icon also gives Rocket a device that gives her incredible powers to help fight crime.

We also learn that Icon monitors a lot around him to prepare to stop crime. It is like he is looking at the bigger picture of the world to help Earth reach the limits of other planets. Through his monitors, he learns of Static and sees the good he is trying to do. He also tells Rocket there is another person out there who is sort of a dangerous antihero who targets people of color. We do not have a name for this character yet. He also tells of an Asian couple who came up with a cure-all for world sicknesses which also made them join as one making a character called Duo.

The last panel of the book shows that while Icon and Rocket are learning about their world, they are being watched by a being called Dharma. Dharma appears to know what is to come for the Milestone Universe and seems to have a plan to put pieces into place to protect that universe.

All in all, this is a good re-introduction to the Milestone Universe. This story is to lead up to the separate 6 issues limited series of Static, Icon and Rocket and Hardware. Each billed as season one starting in June and August. Additionally, later this year there are plans for a launch of Earth M, a new line of comics featuring Duo and other Milestone characters.

It is my hope that this all goes through, hence the article to help spark awareness of this comeback line of comics. When you change the storyline to center on a BLM protest instead of a gang war you automatically changed the narrative further than when these Milestone characters were first introduced in the early 90’s. These characters have been updated and made relevant and that is a representation that should not be spoiled or missed.

The relevance did not just stop with representing people of color and their fight today but with the introduction of an Asian hero that hopefully, we will see things from that perspective too. These are windows that every fanboy needs to look through. Not only are you giving minorities a change in pace in reading about themselves, but you are giving them a chance to read about the issues they face and introduce those issues to people who might not face and/or understand those issues.

Starting Static, Icon, and Rocket and Hardware off with a 6-issue mini-series does not instill that the publishers have the confidence that these titles will hold. It shows hesitancy to put it out there because a limited series does not show commitment. Hopefully, I am wrong and there is a bigger plan out there for this line and these characters.

In the meantime, please pick up this book and tell us what you think.

2021-06-02
Previous Post: Top 8 Parodies in Science Fiction
Next Post: Loki, The TVA, and the Best Ways to Time Travel