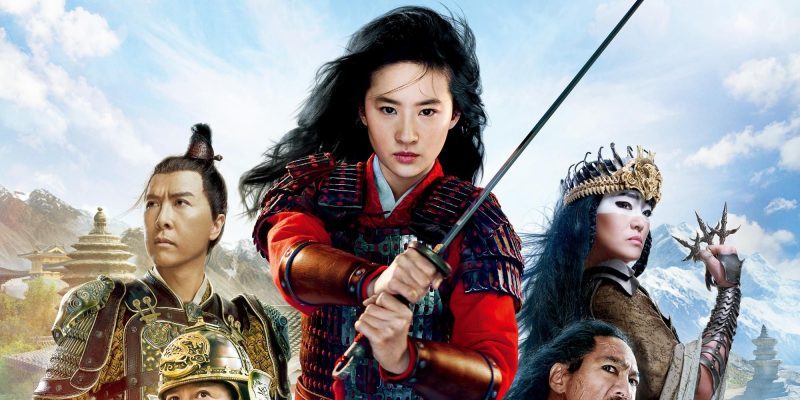 When I am wrong, I have to admit I am wrong. I was so sure about the live-action Mulan being the worst addition to the Disney catalog just like the live-action Lion King. Sometimes when you try to remake a classic you just set yourself up for a miss. Lion King was a miss. I should not have judged Disney by this attempt because doing so made me as wrong as I could be.

I was so against this movie so much so that I refuse to pay the $29.99 extra that my Disney+ streaming channel demanded to see the movie in advance because I was convinced that this movie was not worth it. It was the trailer for the movie that ruined the experience for me. It was the articles that previewed and foretold what was and was not included.

Not A Musical. The original 1998 movie was a musical and this new version was not a musical. In the 1998 original the musical numbers held the story together. In this remake, you would not have this entertainment. You would not get the songs like A Girl Worth Fighting For or I’ll Make a Man Out of You to carry the story along.

No Mushu. The original 1998 animated musical had the little dragon sent by the ancestors to guide Mulan on her journey. This dragon was voiced by Eddie Murphy and of course, was one of the main comic reliefs of the movie. However, the realism of this remake could not fit a comical dragon just as it could not fit the musical numbers.

Then I found out that the main antagonist of the story would be a witch. They added a witch. This was not in the original story and I was afraid that the witch would take away from the original plot. Where would this new character fit in? Had I not been so against this movie I would have found out my answers when everyone else did when Disney+ released it in September. I should have known better.

When I finally saw the live-action Mulan in December, I loved it. It told the same story but with a little twist to make the realism of the live-action more believable. This was a story about soldiers at war so breaking out into song and dance was not an option. However, what was an option was playing an instrumental version of those songs in the scene where they originally appeared.

For instance, when Mulan was preparing to see the Matchmaker, we heard an instrumental version of Honor To Us All in the background. This keeps the nostalgia of the original. As I was worried about not having the comic relief of Mushu in the movie, but I got something a little better and a little more mystical. A mystical dragon phoenix would show and fly through the air whenever Mulan had a coming-of-age moment.

In the original, the grandmother gave Mulan a cricket for luck. This live-action had no grandmother and not pet cricket. What it had instead was a bright-eyed soldier named Cricket who was lucky enough to survive all the battles in the movie, so he was lucky. My worry about the witch was unwarranted.

Live-action Mulan did the original justice and taught me a lesson about being open to the new. Most people don’t like remakes and I am one that is very skeptical of them. This movie made me see the error of my way in passing judgment on a project based on speculation and hearsay. Just as the original, Mulan was a story of a young woman who wanted to honor her family and save her father from certain death.

Mulan was an animated story made into a live-action story with a few changes. A few needed changes that made sense for the transition yet still made the story work. I highly recommend this movie and if you have daughters or a younger sister I highly recommend you make sure they know about this movie. This movie not only taught me about being close-minded and judgmental, but it also reminded me of the strength of women.