Nerdy by Nature: An Open Mic for Open Minds and Hearts 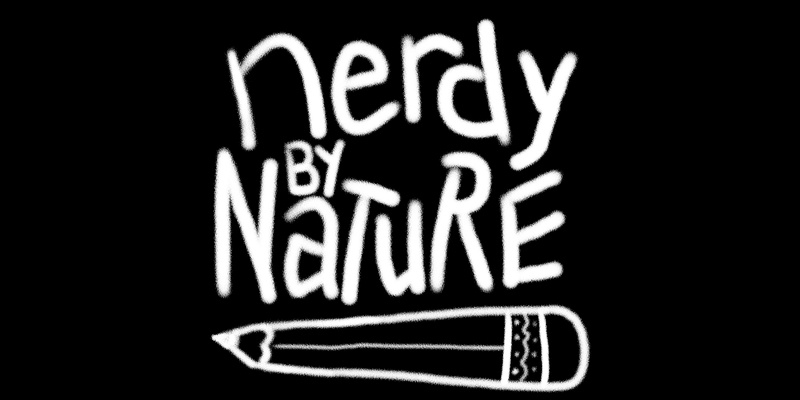 Nerdy by Nature is an Open Mic experience held every first Friday at the revered Amalgam Comic and Coffeehouse, located at 2758 Frankford Avenue in Philadelphia. “Let Your Geek Flag Fly,” is the mantra of Nerdy by Nature, according to its founder and MC, KeithfromUpDaBlock, and the performances to follow manifest this sentiment month after month. KeithfromUpDaBlock and Amalgam owner, Ariell Johnson, decided to create this amazing experience about two years ago.

Keith and co-host, Lot DaWordGician, longtime creative friends from their high school performing arts days, were involved with Stand Up the Movies yet were focused to close those doors when ownership changed hands. Amalgam Comic and Coffeehouse had been around for about a year, Keith and Ariell did not know each other, at first, he reached out as a sign of support for Ariell’s business. A perfect precursor mimicking the welcoming and supportive attitude of Nerdy by Nature. Their goal was to bring like-minded people together, and two years later, they are still succeeding at every event.

My first Nerdy by Nature experience came during the February event, and it was an experience I will never forget. My first time performing, I did three minutes of “Dad Jokes,” all Comic-Con and Game of Thrones related, and it was the first ovation I ever received from a crowd. Many “nerdy” comedians enjoy Nerdy by Nature as they can use material which typically would not go over as well to the general population. Plus, this “nerdy” material is often near and dear to their hearts.

Co-host, Lot DaWordGician, informed me, her favorite moment from Nerdy by Nature came when a fellow nerd spoke about Black Holes for ten minutes. While the material went over many audience members heads, it was a prime example of the nerds embracing their own. Most of the acts are comedians, along with poets, magicians, authors reading excerpts from their short stories. It doesn’t matter if you are black, brown, white, dressed casually or in full Viking gear, even if you are not nerdy, this open mic’s nature is to accept you for you.

One typical character trait of “nerds” is social anxiety, and if I didn’t struggle with it, there may have been more quotes from amazingly talented nerds. Nerds have been given negative connotations in the entertainment industry for generations. Even Brainy Smurf got bullied by the other Smurfs, including Papa Smurf. I do not have to learn the stories of each performer to know many have dealt with bullying, loneliness, and deal with feelings of not fitting society’s standard for “cool.” Nerdy by Nature shatters these notions with acceptance.

Every performer, whether it is their first time performing or a guest spot by an established industry name, all acts are treated with respect. While I may have been too nervous to ask for more comments, I have been at every event since February and felt welcomed, which as an anti-social nerd, is few and far between. Nerdy by Nature hosts themes for each event, the second Nerdy by Nature event I was lucky enough to attend was dedicated to one of their own. They helped raise money for one of their hosts as she battles health issues, showing it is more than a mic, it is a family.

As someone who typically has trouble feeling accepted and making friends, Nerdy by Nature has opened doors I would not have opened. Through meeting people at Nerdy by Nature, I have been invited to participate in social media events promoting reading to the youth, to venture into the world of improv, and invitations to attend other events. I chose not to perform at the Prince Birthday themed event last week. I wanted this event to have my full attention. One of the co-hosts, comedian Beth McNulty, was unable to attend and bring her refreshing insight.

Co-host, Lot DaWordGician kicked off the event with her passionate poetry and had me hanging on every syllable of her alliteration and analogies. Following Lot’s mesmerizing poetry, a magician entranced the crowd with his act, bringing up a few volunteers and pulled laughs from the crowd with each trick. The Prince Impersonator had shoulders rolling, heads bobbing, and feet tapping, intertwined with comedians pushing the boundaries and keeping the laughs coming with their various comedic stylings. To all the young nerds out there, parents of nerds, KeithfromUpBlock wants you to find like-minded people, and never stop growing.

LotdaWordGician asks you to stay true to your inner nerd, as you won’t realize how admired you are until you get older. Don’t let the world change you, because they love nerds more than they let on. I will say, the truth is out, find yours. Nerdy by Nature is not the only event benefiting the community at Amalgam Comic and Coffeehouse. There were also flyers for Queerly Comedic, an LGBT centric comedy night, Therapeutic Roleplay Groups for Children, and a writing group, just to name a few. if you are thinking of performing for your first time, or you are looking for a fun way to spend the first Friday of every month in the Tri-State area, Nerdy by Nature is a place to plant your Geek Flag.

2019-06-19
Previous Post: Heroes In Crisis: A murder mystery based on therapy
Next Post: DARK PHOENIX – NOT FOR COMIC BOOK FANS