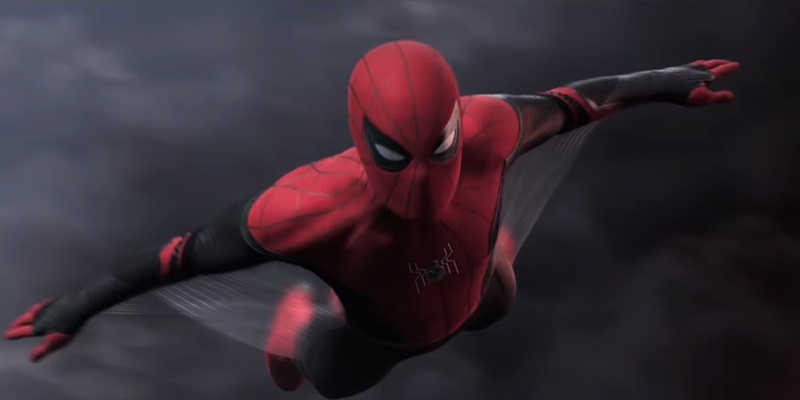 The biggest news in comic book culture in a quick review. Once a month Obsidian Nomad will run through some quick need to know stories that we may come across. If you have any stories you would like for us to report on, please do not hesitate to drop a message in our comment section of this article. Enjoy.

The trailer for the new Spiderman movie dropped on Tuesday, January 15 and boy did it set the internet on fire. We got so much in this first trailer that I hope there is more to surprise us when the movie is finally released. Assuming this takes place after Avengers: Endgame we see that Peter Parker has made is through the event alive. There was really no doubt. We see that Nick Fury also made it out alive and has a prominent role in recruiting Peter for an important mission.

Apparently, Aunt May has not only accepted that her nephew is Spiderman but she also appears to have a growing relationship with Happy Hogan. Peter seems to be making his move on M.J. and she seems to be ok with that. As villains go Mysterio looks awesome and the hope is that one of these water elementals is Hydro Man. Internet speculation is that we don’t see Tony Stark in this trailer because he may not make it out alive in Avengers: Endgame.

I’m not so sure of that because I’m under the belief that the MCU just wants you to wonder at this point. Come on, can you really kill Tony Stark? Another internet speculation is that Samuel Jackson’s Nick Fury is either classic Spiderman villain Chameleon or a Skrull. This could go either way but seeing how they are in Europe and Chameleon is of European origin this could be possible. And let’s not forget we were promised a return of Michael Keaton in this movie. Spider Man hits theatres July 5. We can’t wait!

Season 2 of Punisher hits Netflix on Friday, January 18. Jon Bernthal returns as what is considered one of the best of many Frank Castle adaptions. Season 1 was hard and gritty and was everything a fanboy or fangirl would want from a Punisher show. I still get a kick out of the guys wanting to pick a fight with the man knocking down a concrete wall alone.

The thirteen-episode series is centered around Frank Castle saving a young girl from being murdered and contemplating his life as the Punisher. Like all the Marvel Netflix series, this takes place in the Marvel Cinematic Universe along with the movies and tv shows. Seeing how this might be the last chance we get to see this adaption due to Netflix not renewing these Marvel shows, I hope the Punisher goes out with a bang just as Daredevil did last year.

Reign of the Supermen

The sequel to last years animated Death of Superman hits in January. The movie played at select Fathom Events theatres on January 13 and was released digitally on January 15. The DVD and Blue-ray will come out on January 29. This is an animated retelling of the now classic story about the ones who came to replace Superman after his sacrifice defeating Doomsday that took place in the Death of Superman animated movie. Steel, Superboy, Cyborg Superman, and the Eradicator are all featured along with Lois Lane, Lex Luthor and the Justice League leading up to the eventual return of The Man of Steel himself.

DC Comics has announced that it will be publishing a comic called Second Coming which one of the 2 main characters will be Jesus Christ. The premise is that God sends Jesus back to Earth to learn what traits he should have to be more successful this time around from a superhero called Sun Man. Jesus, of course, is upset about the state of the world and Christianity today. There is no mention of Jesus having God-like powers. However, with DC Comics new endeavors, we can probably expect more news down the line from Christian groups when the book hits in March of this year.