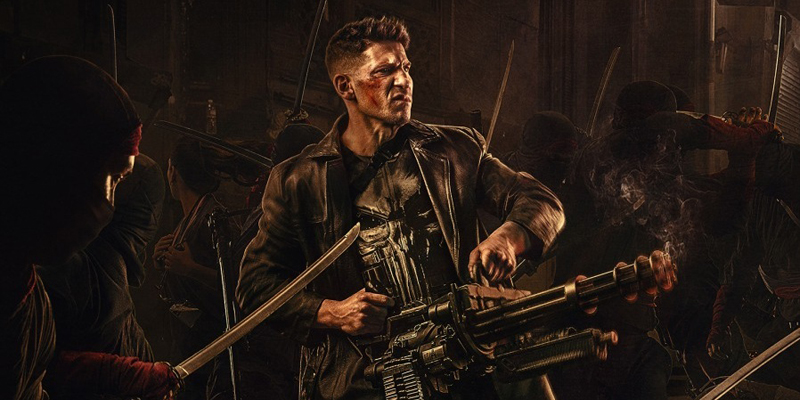 The inevitable has happened. Netflix has canceled Punisher and Jessica Jones. This news is not really a surprise as the other Marvel Netflix shows were canceled in 2018. Daredevil, Luke Cage, Iron Fist and Defenders were all canceled by Netflix previously. Punisher season 2 debuted on January 18, 2019, and Jessica Jones season 3 is slated to be released later this year. With the recent streaming war, this move was to be expected. Disney, which now owns Marvel, announced that they would be starting their own streaming channel eventually.

This news comes after the other Marvel Netflix shows had been canceled. Daredevil, Luke Cage, Iron Fist and The Defenders were all canceled last year. The disheartening thing for fans is that some of those series ended with you wanting more. Luke Cage ended with Luke on the outside of the law running the Harlem gangs and being on outs with some of his closest neighborhood allies. Iron Fist ended with Colleen Wing possessing the Iron Fist but a post scene with Danny having a similar Iron Fist power that involved guns. That’s something that had me waiting for a third season.

Also, the chemistry between Jessica Henwick’s Colleen Wing and Simone Missick’s Misty Knight screamed for a Daughters of the Dragon series to come out. That was the dream for many fans as they were the best part of Iron Fist season 2. It has been said that the final season of Jessica Jones will wrap up the story and of the cast so far the only reveal has been the regulars of Krysten Ritter as Jessica Jones, Rachael Taylor as Patricia “Trish” Walker, Eka Darville as Malcolm Ducasse and Carrie-Anne Moss as Jeri Hogarth. I am hoping we get to see Luke Cage, Danny Rand, Matt Murdock, Misty Knight, and Colleen Wing one more time before we say farewell to these actors in these roles.

Before you misunderstand the title, there is no beef between anyone at DC/Warner Bros. Studios with anyone at the Marvel Universe Studios. Far from it. Zach Levy went on Twitter to come to the defense of the Brie Larson and Marvel’s Captain Marvel against internet trolls who have been bashing the soon to be released movie. Here’s the story. Brie Larson made this comment “I decided to make sure my press days were more inclusive. It sounded like across the board (women of color) weren’t getting the same opportunities as others.”

This was just a statement suggesting that she wanted to give other outlets and publications a fair share of the story. Nothing more nothing less. With that said, some “fans” and I use this term loosely, started going online and giving this movie bad reviews before it even came out. Specifically, the pre-review section of Rotten Tomatoes where the trolls took to in order to discredit the film before it hit theatres. Rotten Tomatoes took that feature from the site as well as the “Want To See” feature during any pre-release period of a movie.

Because some of these trolls on other websites brought up DC/Warner Bros upcoming Shazam! in comparison because that character was also named Captain Marvel in the past, Zach Levy decided to put a stop to the nonsense. Telling fans that no one is doing anyone any favors by trashing another movie. He tells fans that this is not a competition between the two studios and they hate should stop. Zach was pretty disgusted.

Sadly, this isn’t the first time something like this has happened. Similar incidents have happened with female lead movies such as Ghostbusters, Wonder Woman and The Last Jedi. As well as Marvel’s Black Panther. I never thought I would see this kind of behavior from my fellow nerds and geeks and I am sorely disappointed. As in today’s society, the comic book world and the fantasy world have become diverse places. It’s time we accept it, welcome it and continue to enjoy those worlds. I eagerly await Captain Marvel.

Marvel Represents at the Oscars

Sony Represents at the Oscars

Spiderman: Into The Spider-Verse nabs the Oscar for Best Animated Film. This makes this the first time since 2912 that Disney Studios did not walk away with this award. The highly acclaimed movie was a bit of a shoo-in for the win. Personally, it was probably the best animated movie I have ever seen.