Our Girl is Stargirl 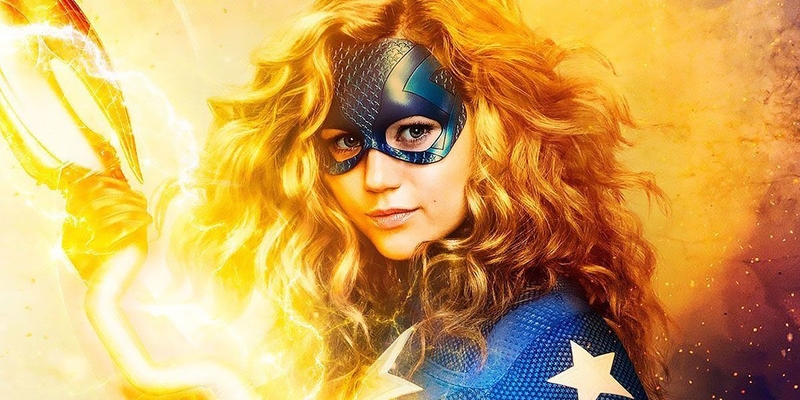 Say what you want about DC but the one thing they corner the market on is legacy heroes. Since The Flash #123 story “Flash of Two Worlds” in 1961, DC has always carried the tradition of having legacy heroes. This is the case with Courtney Whitmore, Stargirl.

I remember collecting Stars and S.T.R.I.P.E.S. #0 when it came out in 1999. I was a big fan of the Justice Society of America which in the DC Universe was a team all about legacy and this was another legacy hero, so I bought it.

Stargirl had the pleasure of being a legacy for two different heroes: Starman and the Star-Spangled Kid. When they died, she found the tools they used to fight justice and became Stargirl. Since then she has fought crime and been a pivotal force in the Justice Society and the DC universe in general. So, it stands to reason that she would be the next pick to star in a live-action show.

When it comes to relating comic book character to live action, there are some liberties that must be taken. Changes that must be made. The CW have been known for making those changes to fit a budget or a single script. When CW started the Arrowverse with its headlining show Arrow, all I could think was they have Oliver Queen in this closely resemble Bruce Wayne. That’s not who the character of Oliver Queen is. They have changed some origins to fit the Arrowverse into one neat package. Amazingly enough, Stargirl is not one of these shows where they had to dig too far away from the comic book. This show is as spot on as any fan can ask for.

The pilot opens 10 years in the past where we witness the last days of the Justice Society as they are defeated at the hands of the Injustice Society. With his last dying breath, Starman gave his greatest weapon, the cosmic staff, to his friend and sidekick Pat Dugan, otherwise known as Stripesy. Stripesy made the promise that he would one day find someone to be Starman again. 10 years later, Pat marries Barbara Whitmore and moves her and her daughter, Courtney, to Blue Valley.

Courtney, who is not fond of her new stepdad or stepbrother, eventually finds the cosmic staff which seems to work for no one else but her. That’s how Stargirl is born. That simple. The funny thing is that’s how it happens in the comic book. Such a simple origin makes a believable story. Now the tv show does add a small twist that is not in the comics, but this is a twist that I don’t mind because it actually makes sense. Both Courtney and Pat find that Blue valley isn’t exactly what it seems to be which makes this the perfect scene for mayhem in a small town.

Brec Bassinger is perfect as Courtney Whitmore/Stargirl. She plays the angst teenager turned adventure-seeking superhero to a T. However, even as this show is called Stargirl and does center around Brec Bassinger’s Courtney Whitmore, the main driving force behind this show is Pat Dugan played by actor Luke Wilson. Wilson’s comedic timing is what makes this show believable due to his ability to play the everyman.

His transition from awkward stepfather to former hero sidekick still trying to save the world is awesome. If you take into account some of the past projects Luke Wilson has been a part of such as Alvin and the Chipmunks and My Super Ex-Girlfriend that you can see where his particular acting talents shine. The comic book originated being a relationship between this unlikely duo becoming a well-oiled superhero team and the chemistry between these two actors translates that perfectly.

As of this article, we are only two episodes in of what will be a thirteen-episode arc but so far this has promise. That promise is because one of the producers and showrunners is Geoff Johns who is one of the creators of Courtney Whitmore as Stargirl. I believe this is the main factor that keeps this show close to the source material. As you watch the pilot episode and the second episode following, pay close attention to the many Easter eggs throughout the story.

Remember, the Justice Society of America is all about legacy so you will see that theme throughout the show. That’s what makes this show a fanboy’s dream. I’m certain I missed some eggs and I will probably have to go back and rewatch to find them. I mean forget the Justice League movie. This is so much better because you get to glimpse the JSA in action and I know we will probably get some more flashbacks.

Stargirl is a breath of fresh air superhero show that will appeal to so many: young ladies, the nerds, and even middle-aged stepparents who can understand the plight of Pat Dugan. Showing on the DC Universe streaming channel and your local CW station, you have every opportunity to treat yourself to a fresh look at a young superhero.

Give it a watch and tell us in the comments what you think of Stargirl.