Overused Characters That Started Out Small 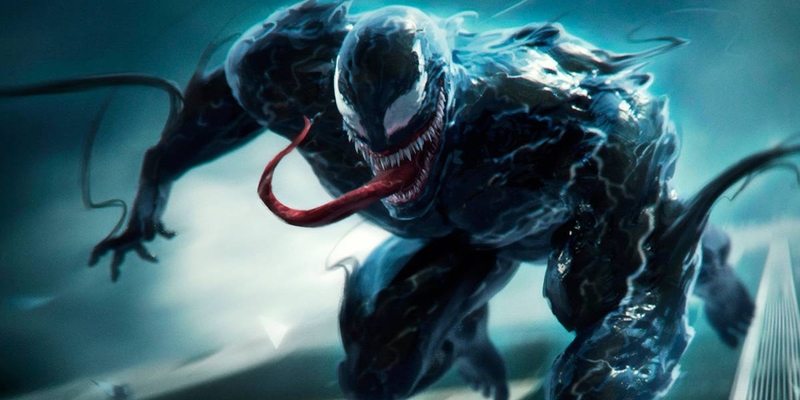 There are always going to be new characters in comics. Some of them make the cut and some don’t. Meaning that if the character is popular enough it will be used over again. And if the character gets really popular then you will see too much of that character.

We have put together 5 characters that started out as supporting characters but moved on to be extremely popular and extremely overused. Yeah, they are good characters and well-deserving of most of the attention they get, however, maybe we see them too much.

Lobo was first created by Roger Slifer and Keith Griffen as an alien who worked as a mercenary and bounty hunter in the Omega Men comic. He was introduced as a villain and after a period of not being used, he was revived as an anti-hero. At that time, he was meant to be a parody of Marvel characters like Wolverine and Punisher.

Once his popularity took off in the 1990’s he was everywhere. He had special issues and limited series. He was the DC it character. I liked his role in L.E.G.I.O.N. the best plus it was the role that broadened his appeal to make him even more popular. Whenever a book needed a boost usually DC would make a hero fight and then team up with The Main Man, which is what Lobo called himself on several occasions.

The problem with this was that Lobo was thrown in some books with no rhyme or reason which made some of his appearances seem stupid and gratuitous. Unlike the others on this list, he has yet to make an appearance in a major movie only being shown in television cartoons and the second season of the series Krypton.

Venom was set to be the ultimate Spider-Man villain and turned into something more. I’m listing the first appearance as Amazing Spider-Man #252 because that’s when Venom was just a symbiote costume for Spider-Man who would later possess Eddie Brock and merge to become his greatest rival.

When fans took to the villain, that’s when things got a little carried away. He would return to fight Spider-Man and even break off to inhabit another body to become a more psychopathic version of himself called Carnage. To make it even crazier the two would fight each other. Venom then gets his own book and now it’s on. Venom still shows up in Spidey comics and has his own book from time to time.

He goes from being a villain to an anti-hero. Just like Lobo, he starts showing up in different books to help boost readers. Venom showed up in Spider-Man cartoons and became even more popular when Marvel and Sony decided to make a movie starring Venom. My problem with this was how do you make a Venom movie without Spider-Man? How does a character get so popular that his origin story doesn’t matter anymore?

The Merc With A Mouth made his debut in New Mutants as a hitman and moved on to be seen in several X-Force books. Just like the other overused characters on this list, Deadpool started appearing as a guest in other books to eventually land his own title. His popularity was so high Marvel even gave him a shoutout putting him in his own book.

A Deadpool title is not like most books. Because of Deadpool’s erratic behavior, his stories were unusual and wacky and involved on some occasions with breaking the fourth wall and talking directly to the reader. His popularity didn’t stop with comics. Played by Ryan Reynolds, Deadpool went to another level. Deadpool became a household name with two characters on the spot hit movies.

Since I was a big New Mutants fan and collected that whole series plus all of X-Force, I was an initial fan of Deadpool. However, the other fans wanted too much of a good thing and I’m less of a Deadpool fan preferring his earlier more spaced out appearances than the overkill we get now with movies, cartoons, and clothing paraphernalia. But in defense Ryan Reynolds does a spot-on job that makes you love the movies.

This article is about small side characters who blew up larger than expected. Well, Harley Quinn did just that the best way possible. Harley Quinn is the only character on this list that did not originate in a comic book but on TV. Her character was originally supposed to be a walk-on as an assistant to the Joker but the character took so much that by September 1993 she made her comic book debut in The Batman Adventures #12 and was promptly placed into DC Universe canon.

Next thing you knew her popularity grew and by the late 90’s early 2000 every girl and woman wanted to be Harley Quinn for Halloween. Just like all the other characters on this list, the publisher saw the fan appeal and decided to stick her in as many books as possible. The next step of putting the character in a live-action movie where Margot Robbie did a splendid job of bringing the character to life. I have a buddy now who texts me every other day to tell me how I’m missing out on the latest Harley Quinn book. To me, it’s just a re-works Harley Quinn with another telling of her origins in a different light.

Wolverine comes in number 1 for a few reasons. He started out as a bit character to help capture the Hulk and the issue turned into a collector’s item. Wolverine is the oldest character on the list and deserves the senior respect especially being part of some classic storylines. He is probably one of the top known comic characters.

He’s big in both cartoons and movies. And last but not least he is the best at what he does. The funny thing about this article, when writing it a thought about the New Avengers came to mind. As a team member, he joked to Spiderwoman that his biggest super-power was the ability to be multiple places at once. This may not have been true but he was in a whole lot of books at the time. Wolverine became popular in both cartoons and movies.

When Wolverine was with the X-Men and had his first mini-series that was epic at the time. However, being on the X-Men, having his own book and being on the Avengers was just too much. This is a great character being oversaturated in the books. Plus, when Wolverine first appeared, he had no memory of his true origin. Now that they have given that back to him it took away the mystery of writing him, it’s not so much fun. The angst is gone.

That’s our list. Is there any character we missed? Who do you think the next break out character will be? Leave a comment and let us know.