Star Wars: Rise Of Skywalker or Was It? 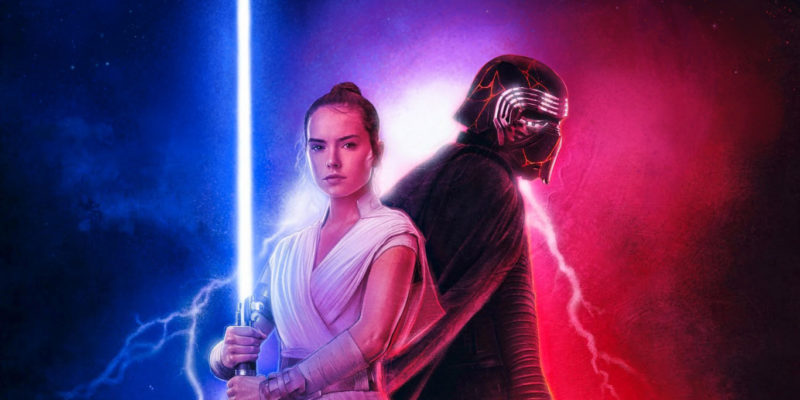 Yup, there are spoilers in this article so if you haven’t seen the movie and plan on doing so and don’t want it spoiled then stop now. Come back after you’ve seen the movie.

Let’s be clear. The main thing I was looking for in this whole final trilogy was the only thing missing in the first two episodes: The return of Lando Calrissian. I got my wish seeing Billy D Williams flying through space in the Millennium Falcon braving the odds in a daring rescue. You would think I would have been satisfied with that but that just wasn’t enough.

Rise of Skywalker has been weighed down with good reviews, bad reviews and so-so reviews. I’ve talked to quite a few people who have seen it and I’ve gotten a lot of mixed response. I’m not going to tell you this was a bad movie or a good movie. That’s for you to decide. I’m going to point out some points of this movie that either I loved, bothered me or left me with more questions. That’s where I am with Rise of Skywalker – mentally I don’t know where to put it.

I must start with the elephant in the room. What the hell was it that Finn was going to tell Rey? We are all left to wonder because that was a plot devise that never saw a resolution. The romantic in me would like to believe he was going to express feeling for her. A fan favorite theory is that he was going to tell her that he too has a little of the force in him. Sadly, we will never know since the director choose to leave that in the movie and not on the cutting room floor where I believe it belonged. Don’t try to finish a trilogy with an unanswered issue.

But let’s talk about Rey’s love life or the non-existence of one. Daisy Ridley’s Rey was never quite given a love interest. From the start I thought that Rey and Finn would make a unique couple in that she was more of the hero than he was, but he started off posing for her it seems to get her attention. From the start they had a connection where they looked out for each other and cared for the others well-being. Her relationship with Kylo Ren was somewhat different in that they shared a unique bond that neither could explain. It was never thought to be a romantic connection.

I honestly thought her secret origin would make her his sister or cousin. Turns out that she is the yin to his yang and that they are destined to join  together to sacrifice themselves as one to aid Palpatine’s rise to power. What looked totally uncomfortable to me was that dying kiss. Where the hell did that come from? I’m waiting for Finn to pledge his love for her then all the sudden she’s lip locking the guy that’s been trying to kill everybody for three movies. But let’s not forget the tension that began with Rey and Po.

This was borderline reminisce of the banter between Han and Leia. It was only borderline because let’s face it you can’t duplicate the chemistry between a Carrie Fisher Princess Leia and a Harrison Ford Han Solo. Can’t be done. Although you didn’t have time for such a thing because it wasn’t set up in the previous two movies, the missed opportunity was the potential love triangle.Speaking of missed opportunities, you already killed Han, Luke and potentially Leia for obvious reasons, but the missed opportunity was to go complete circle with the entire original cast.

At one point everyone thought Chewy was dead and I would have stuck to that idea. Now, you might say, Chewy going out like that would have been lame but not every hero goes down in a blaze of glory. Sometimes it’s the simple unexpected deaths in a battle will make the death that much more real. The simple death means it can happen anytime anywhere and not in some grand finale or fashion. C3PO had a larger part than in the previous two installments seemingly making a grand sacrifice for the Resistance. His memory was wiped, and he was not the same droid that they had come to love.

However, this sacrifice was minimized by R2D2 who had the back up memories of his fellow droid friend. I think the story would have been better with the memory wipe of C2PO and then his destruction and somehow the destruction of R2D2 along with the death of Chewy. The whole premise and feeling of out with the old and in with the new to continue the fight would have been more meaningful if all the old warriors had sacrificed in one final battle. And Lando? Well you must have one old timer to tell the youngsters how things were done.

I’m still looking for clarification on exactly what that kiss was all about.

The whole Palpatine thing I did not see coming. Not sure who’s ass they pulled that one out of, but it would have come off better if it was something built up to in the first two movies of the trilogy. The explanation is relation to Rey is the only thing that made it remotely work if at all. Ultimately, it was probably a better plot twist then making Rey a Skywalker or a Solo as a lot of us suspected. Rey taking the name of Skywalker at the very end in place of Palpatine is what seals the meaning of the title of the film. Originally, before Carrie Fisher’s death, Leia was meant to be the last Skywalker that rises at the end.

I like this ending better because it was unpredictable. Like his grandfather before him, Kylo Ren aka Ben Solo put aside the ways of the dark side and fought on the side of good. The movie starts with Kylo Ren on a path of destruction that would do his grandfather proud. But there is a traitor in his mist feeding information to the Resistance. Unceremoniously, that traitor is revealed to be General Hux who put himself in this role for no other reason than his hatred for Kylo Ren. This revelation catches you by surprise not so much for who is revealed as the traitor but the forced way it was done throwing any thespian studies by the actor out the window.

After letting Finn and his crew escape, Hux is easily revealed as a traitor and executed. That simple. Adam Driver does an awesome Kylo Ren/Ben Solo who is angst at the world and has no idea on who to direct his anger management issues towards. That has been his go to for three movies and it works for him until the very undecisive end. “Am I a bad boy? Am I a good boy? We don’t know but I’m not changing this look on my face regardless. Now kiss me before I die”.

Can anyone explain the reason behind this kiss?

Heartwarming and what I call one of the best scenes in the whole movie is Chewbacca’s reaction to the death of Leia. He drops to his knees and gives a whaling cry at the news of the death of another dear friend. He is comforted with a sincere “I’m sorry Chewy”. This little scene makes up for the way Chewy and Leia walked by each other when Han was killed. You would have thought they would have been all over each other crying, but no. Cool new characters were introduced but there was so much going on and so much to tie up in this movie that you really couldn’t focus and give them too much back story.

Well there was the character of Jannah who was awkwardly confronted by Lando on her origins and when she confessed on not knowing where she was from Lando’s reply was “Well let’s find out”. Because on a final installment of a trilogy you want to leave a cliffhanger. Who knows that could be a Disney + series in the making called Let’s Find Out Where This Mysterious Character That No One Really Cares About Comes From.

Companion book material of the movies reveals her to be the long-lost daughter of Lando. I totally hate that idea and cringe at the possibilities. Meanwhile, as you introduce new characters, Rose is placed in the background. She survives the movie but in Rise of Skywalker she is not part of the close friend group that is Rey, Finn and Po that you would expect her to be.

But that kiss though.

Rise of Skywalker is very entertaining as far as action. At times when the plot was thinner than paper we were rewarded with great action. We were moved to different planet locations and gratuitous action scenes to make up for the lack of plot and forgotten plot points of the previous movies. Except for a few lulls like the reveal of Rey’s past which was almost a sleeper, we were on a fast track to wrap up a saga that started over 40 years ago.

I’m going to go on record as not saying whether Rise of Skywalker was good or bad but perhaps different. The anticipation of waiting over 40 years to get to an end that, honestly, I don’t recall anyone ever asking for can lead to certain expectations. Expectations that can not be lived up to no matter who was writing or directing the project. So, I’m going to remain indifferent and like parts of the movie and cringe at other parts. Ignore the missed opportunities and welcome the new ideas.

I’m going to wait until Rise of Skywalker comes to Disney + and watch it repeatedly until I understand that damn kiss.