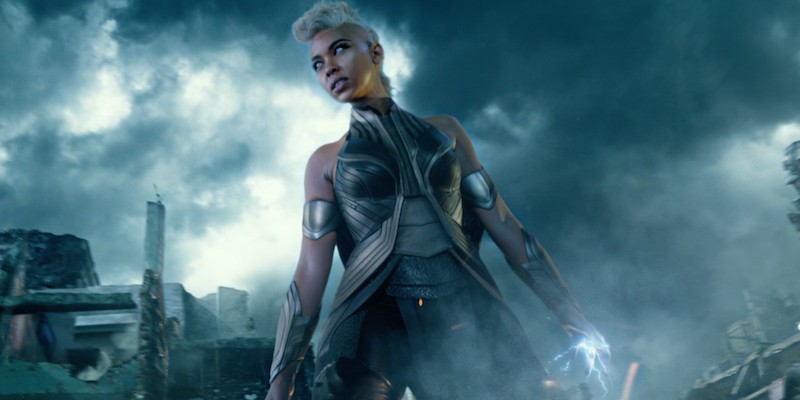 To kick off Black history month, we thought we would give a listing of who we think are the 10 most influential comic book superheroes.

We went through a lot of heroes and could not put everyone on the list as we wanted because we wanted to keep it down to 10. Every hero is equally important and believe me if I could have put 20 or 30 on this list I would have but if I mention every Black hero I know that would not make these 10 stand out. So here it is.

Besides having a hit Oscar-nominated movie, Black Panther makes this list for being the first mainstream hero of African descent. Debuting in Fantastic Four #52 in 1966, Black Panther even pre-dates the political Black Panther Party. Black Panther was the first hero to identify with Black people in America. This is the same renewed effect when the character was made into a movie in 2018. Black Panther has stayed relevant enough to inspire more than one generation.

The African goddess made her first appearance in Giant-Size X-Men in 1975. She was the first major Black female character in the mainstream comics. She was also the first Black X -Man. Storm has been on many X-Men teams and often leading them. Once when she temporarily lost her powers, she had to duel Cyclops for leadership and at the time her powers had been taken away from her. Storm proved she could lead the team by taking on the fully powered Cyclops and defeating him with no powers of her own.

Blade debut in The Tomb of Dracula in 1873. Blade is a mix of vampire and regular humans who hunts vampires. Blade was the first Black character that put Black people in the horror situation. Blade was brought to life by Wesley Snipes in the Blade movies starting in 1998.

However, his early depictions had him wearing an afro wig and speaking “Harlem jive” to conceal the fact that he was educated so people would not link him to his secret identity as Jefferson Pierce. The character was supposed to be used in the 1970’s Super Friends cartoon but due to disagreement with the creator, Tony Isabella, Hannah Barbara made a character based on Black Lightning named Black Vulcan. Black Lightning has also managed to capture a new generation with the CW show that deals with issues facing Black people in America today.

Introduced in Captain America #117 in 1969, the Falcon is the first Afro American superhero in mainstream comics. He would become Captain Americas partner and at a time shared the titles of the book with him. Falcon would grow out of Captain America’s shadow into his own books, guest appearances in other books, a member of the Avengers and even taking on the mantle of Captain America when he had to retire. Today Falcon, being played by Aaron Mackie, is a main character in the Avengers movies.

Luke Cage has always been a hero for the people. Debuting in Luke Cage, Hero for Hire in 1972, Luke Cage was the first Afro American superhero to be featured as the protagonist and title character of a comic book. He was created at the height of Blaxploitation movies and was jailed for a crime he didn’t commit. Luke Cage has gone on to work with the Defenders, filling in for the Thing on the Fantastic Four and lead the Avengers. Brought to live action on Netflix, Luke Cage displayed true Black culture and history in Harlem, NY.

Debuting in DC Comics Presents in 1980, Cyborg makes this list because he is a technologic hero that can be well identified and related to by Black youth in America. This is a hero that has the computer world at his feet because he can get into any system. Cyborg was brought to life by Ray Fisher in the Justice League movie.

When Peter Parker Spiderman died in Marvel’s Ultimate Universe, Miles Morales took over the mantle as Spider Man. Miles Morales debuted in Ultimate Spiderman #64 in 2011 and has remained a popular version of Spiderman. Miles was later integrated into the mainstream 616 Marvel universe giving fans a teenage Spiderman once again. The character’s popularity is so much so that he was used to star in Marvels latest animated movie Into the Spiderverse.

Spawn was created by Todd McFarlane and debuted in 1992. The cursed hero is a powerful lead into the world of the supernatural. His popularity has garnered the character a movie in the late 90s and talks of a second Spawn movie are rumored.

Let us know what you think of our list and what characters would you add or take off to make your own list.

2020-02-05
Previous Post: The Justice Society of America: The History, The Now & The Legacy
Next Post: Birds of Prey is DC’s Answer to Marvel’s Deadpool