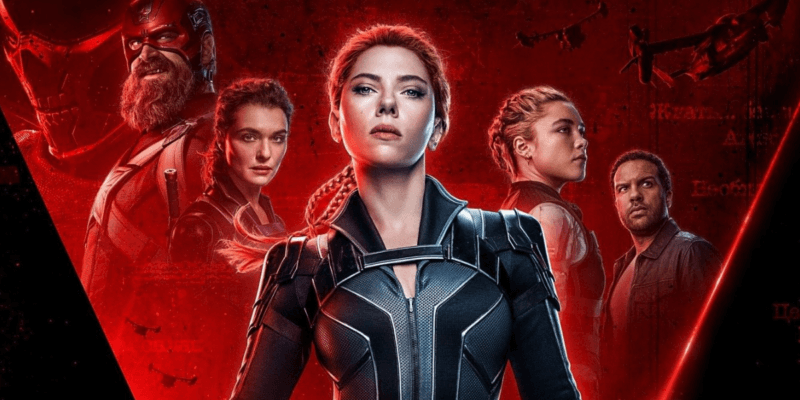 The long-awaited Black Widow movie finally came to theatres Friday, July 9. If you have Disney+ you can spend $29.99 to have it now or you can wait until October 6 to access it for free. However, Black Widow falls under the category of too little too late because the general sentiment is that this movie should have been made years ago. Probably sometime soon after Iron Man 2.

Yes, there are spoilers in this article. Cannot be helped.

As we all know, Natasha Romanoff, the Black Widow, sacrificed herself in Avenger’s Endgame to help retrieve an infinity stone. This movie is a story of events that took place before her untimely demise. This is a story meant to give Natasha Romanoff a more cohesive backstory and more character. In the places that this concept worked it also failed.

The main purpose of this movie is the introduction of possibly a new Black Widow. It is a good thing too, because if that is the case then the movie was a success. Florence Pugh stood out as Yelena Belova, Natasha’s “sister”. Look we know Natasha’s ultimate fate at this point and that leaves room for a new Black Widow. You cannot just create a Black Widow out of nowhere, so you need a good replacement with a good backstory. In Yelena Belova that is exactly what you got.

Yelena’s dry wit and no-nonsense when it comes to getting the job done, oddly made her character one of the best in the film.

Another stand-out in Black Widow was David Harbour’s Alexei Shostakov aka the Red Guardian. This role shows the versatility of Harbour’s acting ability. Harbour’s Red Guardian is not only the strong man for the action scenes and the estranged “father” figure to the two Widows but also the movie’s comic relief.

The thought process for most fans is that Scarlett Johansson as the Black Widow could not carry a complete movie on her own. The truth is that speculation is correct. Without the supporting costars, Black Widow would have had no real characters to develop mainly because there is no reason for the writers to further develop a character that has been around for 9 years that you have already killed off in a previous movie.

I think one of my main disappointments with this storyline was the decision to “Deadpool” Taskmaster. Not in a good way but in a Wolverine Origins way. With an almost identical origin like being operated and experimented on by the father to become a killing machine. Taskmaster is not a widely known villain, but to someone who is not a fanboy however, the character deserves better than what was given.

A plot point that was touched upon in Avengers: Age of Ultron is the training Natasha went through to become Black Widow. The Red Room was mentioned in this movie, but we never really got to see any of it. There was a whole force of widows. We saw how little girls were captured to be widows and how they ended up assassins but what we missed is this torturous training they were put through.

The big bad in this movie was General Dreykov played by Ray Winstone. It is not that this character was as much as a big bad but just the evil bad guy that everyone wanted to kill. The challenge here is to find a lamer villain in the MCU but then someone had to oversee this unseen Red Room.

It would be unfair to try to compare Black Widow to Avengers: Endgame and expect that level of action and awesomeness, however, you cannot follow up with anything less than a best effort. For a movie about a superhero assassin/spy, you would expect a little more intrigue. There were no great dialogues or major reveals that would surprise you.

It was a good average movie and I think the problem is when you go into a Marvel movie you expect nothing less than spectacular.