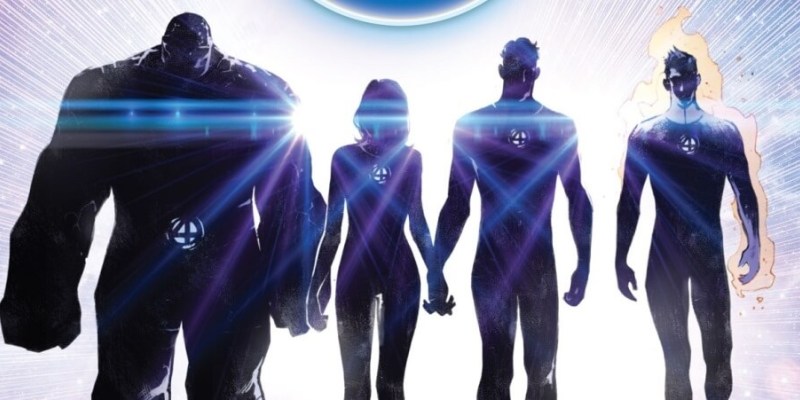 Is the world ready for another Fantastic Four movie?

Here’s how it goes. Back in the 80’s, Marvel was hard up for cash so somebody had the bright idea to sell the movie rights to some of the popular characters. Constantin Studio brought the rights in 1992 and made a very low budget version of Fantastic Four in 1994 but was never released. They did press and appearances with the actors who thought the movie would be released but the studio had no intention of doing so. It was a ruse to maintain the rights. Then in 2004, 20th Century Fox got the movie rights to the Fantastic Four and produced a movie in 2005. A sequel, Fantastic Four: Rise of the Silver Surfer, was soon released in 2007. After an eight-year break from the franchise, the studio decided to do a reboot of the Fantastic Four in 2015.

Let’s be clear. None of these adaptions were overall well received by fans or the industry. These movies received hard criticism from all levels. When you think about the high level of Marvel movies from Blade to The Ant Man and the Wasp, you have to see the difference in the Fantastic Four movies. Just not up to par. I personally didn’t think the 2005 movie was that bad but the Rise of the Silver Surfer when Reed was in the disco lost me. The 2015 reboot was nothing but trash and was a shadow of what the FF truly is. In 2009, Disney acquired the rights to Marvel Entertainment. In 2017, Disney acquired the rights to 20th Century Fox Film and Television. So now you see how this all comes together and how we are having this conversation now.

The Fantastic Four #1 debuted with Marvel Comics in 1961. With the success of the Justice League over in their competitor’s line up, Marvel wanted its own team book. Stan Lee and Jack Kirby were put to the task. With what was called the “Marvel Method” of creating back then the story of exactly who came up with the concept is a little blurred but both men take equal credit. However, Stan Lee can take credit for adding the infamous tagline “The World’s Greatest Comic Magazine”. What makes the Fantastic Four different from any other team is that it is about a family.

The original team consisted of Reed Richards, Mr. Fantastic, who can stretch his body part to unknown limits; Susan Storm Richards, The Invisible Woman, Reed’s wife who can bend light to create force fields and turn invisible; Johnny Storm, The Human Torch, second character to take that name, Sue Storms brother who had the ability to burst into flames and fly; and last but not least, Benjamin Grimm, The Thing, Reed’s best friend who was endowed with superhuman strength at the price of a hideous rock appearance. The original concept, which has changed over the years due to changing times and to keep things current, was that the team embarked on a scientific mission into space to gain an advantage in the cold war.

While in space the ship was bombarded with cosmic rays which transformed the team and gave them fantastic powers. They were to be portrayed as a dysfunctional yet loving family unit. A family with all the problems of a regular family, the bickering, the secrets, the loyalty, everything. As time went on, members of the team would go and return being replaced by others who would join their family. Eventually, Reed and Sue would marry and have children which would solidify the family motif. The World’s Greatest Comic Magazine was a fixture in Marvel comics representing for over 50 years.

Then in 2015 Marvel announced it was canceling the Fantastic Four comic.

Although Marvel had said that they were canceling Fantastic Four to give it a break for a while, others speculated that Marvel wasn’t pleased with what Fox was doing with the movie rights. It was believed that Marvel didn’t want to promote or be associated with what Fox was doing. Who could blame them? Especially after the 2015 fiasco. The 2015 Fantastic Four movie grossed a mere $25,000,000.00 in its first weekend and a worldwide gross of approximately $167,000,000.00. Much lower than the other films. The plot swayed away from the original concept and this FF did not have the same family feel. I personally was thrown off by Johnny and his dad being Black and Sue being adopted. Sue Storm wasn’t even part of the mission that got them the powers but received her powers as an after effect of the mission. It was a mess.

Meanwhile, in comics, the end of the Secret Wars storyline found Reed and Sue going out to explore a new multiverse with their children Franklin and Val. Ben Grimm went in space to travel with the Guardians of the Galaxy and Johnny Storm served as a liaison for the Inhumans. When Marvel revived the classic Marvel Two-In-One with the Thing, he teamed up with Johnny Storm the Human Torch. Their quest would eventually lead to bringing the band back together. August 2018, The Fantastic Four was back on the comic racks. Fans were excited because now that the movie rights were back under Marvel control through Disney there was a new call for a new movie. A movie done right. Fans know that with the winning formula Marvel has so far with its properties they could finally do a movie worthwhile. But are we really ready for another Fantastic Four movie?

Speculation is that we could see another FF movie by 2020 but I think we might need a little more time to get the taste of the last one from our mouths. With the introduction of Captain Marvel and the Skrulls in that movie in 2019, there is definitely a place for the Fantastic Four. The Fantastic Four origin story has already been done twice with a lackluster response from critics and fans. Including Dr Doom is too predictable.

How can this work?

For the next phase of Marvel, they should start by mentioning Latveria and a college kid genius named Reed Richards. We don’t even need to see them just know that they exist in this universe. Then, by 2020, you can have a Reed Richards show up to advise Captain Marvel, Black Panther, or Scott Lang or even tutor Peter Parker for college prep. You must do an origin story. There’s no getting around that. This time you do it the Marvel way. For your first movie reboot, you go classic: Mole Man. You introduce Victor Von Doom but you don’t do Dr. Doom until the sequel because trust me there will be a sequel. You can even wait and do Dr Doom in the third movie and do the Negative Zone in the sequel. You don’t have to rush it. The main goal should also be to build up to your next big event. Your next Infinity War. That would be Galactus coming to Earth.

The Marvel Cinematic Universe would do the Fantastic Four the way they were meant to be done: as a family of adventurers. They are not superheroes. Jack Kirby said in his version of the Fantastic Four creation that he modeled them after his DC Comics creation Challengers of the Unknown. The same basic concept just the FF have powers. The MCU would know what 20th Century Fox got wrong which is how to portray the characters. Once again, however, this is something that must be built up. You can’t just jump right into another Fantastic Four movie after the other failures, especially the last one, which is still so fresh. Best bet is to give it at least 4 or 5 years. 2022 I think we should be ready and the set up would be primed.

Are we ready for another Fantastic Four movie? In my opinion, not yet.

Give us some feedback and let us know what you think of the opinion stated on this site.

2020-01-22
Previous Post: Star Wars: Rise Of Skywalker or Was It?
Next Post: The Justice Society of America: The History, The Now & The Legacy