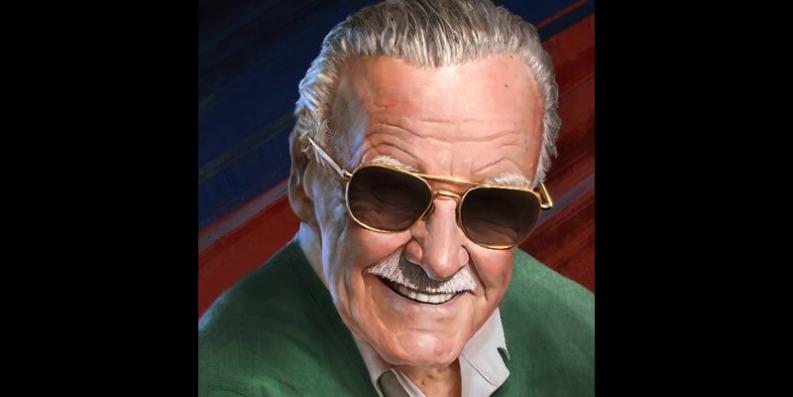 On Monday, November the 12th, 2018, we lost an iconic legend. Stan Lee passed away at the young age of 95. I say young because whenever he made a public appearance you felt his life force in a young positive way. We believed that Stan Lee would live forever.

Although that can not be true, we at ObsidianNomad have pointed out the 7 ways Stan Lee is iconic and will live forever in our hearts.

In 1942, Stan Lee took a leave of absence from his job as interim editor of Timely Comics to join the United States Army. His army classification was playwright which was a title shared by only 9 men in the service at that time. He first served in the Signal Corps repairing communications equipment and then was moved to the Training Division where he worked on training manuals, training films, slogans and some cartooning. When he was discharged from the service in 1945, he resumed his position as editor for Timely Comics which would later become Marvel Comics until 1972 when he would become the publisher.

6. Till Death Do Us Part

On December 5th, 1947, Stan married Joan Clayton Boocock. They would have a marriage that would span 69 years. On July 6, 2017, Joan passed away due to complications from a stroke. For 69 years, Stan Lee helped create an empire and had the same woman that he loved so dearly standing with him the whole time.

In the mid to late 60’s, Stan created what would be famously called the Marvel Bullpen. This was a collection of writers, artist and editorial staff that ran Marvel Comics. Furthermore, this caused Stan to come up with The Bullpen Bulletin. The Bullpen Bulletin was published in the comics until 2001 and represented a place where the reader could talk to the creators of their favorite books by asking questions and often times directing that editor by name. At the time of creation, no other comic company had that kind of personal touch.

4. Challenger of the Unknown

No, before you get that twisted, Stan Lee did not create Challengers of the Unknown. That was a Kirby thing. However, I labeled number 4 like this because Stan Lee was known for going into the unknown. In 1971 the U.S. Department of Health, Education and Welfare asked Stan to write a story warning kids of the dangers of drugs. Stan Lee wrote a 3-part story in Amazing Spiderman that, although was compelling, did not pass the Comic Code Authority guidelines because the story depicted drug use regardless of its anti-drug message. Stan and Marvel published the story without the code which would be a Marvel first. When the story did extremely well in sales this forced the Comic Code Authority to loosen its guidelines to a more up to date standard. Stan also was responsible for co-creating the Falcon, the first Afro American superhero in 1969. Throughout his career, Stan Lee would be a trailblazer in the comic industry to advocate diversity in comics.

Technically, this should go under number 5 in Bullpen but I thought we could pull this off as its own category. Stan Lee was responsible for coining a few phrases that comic book nerds use as a second language. Foremost being his famous closing remarks written and spoken “Excelsior”. Another popular saying coined by Stan was “’Nuff Said” which was often used at the end of proving a point and calling his fans “True Believers” because that’s what we are. Last but not least, the words he probably loved to hear from us all “Make Mine Marvel”.

Stan Lee was the Alfred Hitchcock of our time. He started out doing voice work narrating the Marvel cartoons. His distinct voice and catchphrases let you know that you were watching a Marvel Comics joint. When the modern Marvel live action movies came into play, Stan Lee made his presence known by appearing in most of these movies as bystanders, mailmen, librarians, janitors, and even a Watcher informant. His appearances are legendary and even though Stan Lee is gone we are not completely done with his cameos. The next cameo would have been in Avengers 4 which I am happy to report was previously shot and will make it into the movie.

Stan Lee is responsible for creating and co-creating some of the best characters in comics such as the Hulk, Iron Man, Spiderman, the X-Men and Daredevil to name a few. But where would most of us be without these heroes to believe in? Stan Lee gave us the gift of his creations and shared them with us so we can take them with us in our everyday lives. Where would we be without Peter Parker learning with great power comes great responsibility? Stan Lee invited us into a world where X-men would face prejudice and discrimination based on their difference. His realism connected with us on levels that we will never forget. We had hope and strength and believed that we can do the impossible. That is why we are the True Believers. Because of an iconic man named Stan Lee that will live forever in our hearts.

2018-11-14
Previous Post: Legends of Tomorrow not so Legendary
Next Post: Open Letter to Bill Maher From a Comic Book Fan