The Justice Society of America: The History, The Now & The Legacy 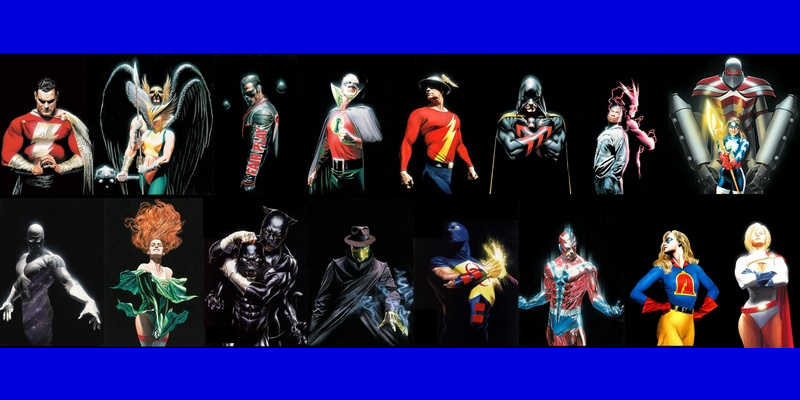 I’ve always been a fan of the Justice Society of America. As a comic book nerd, one of my fantasies is traveling back in time to the ’40s and getting one of those original books that stared the team. The original characters of what is now the DC Universe: Hawkman, Green Lantern, The Atom, Sandman and the rest of the heroes fighting justice in their book way before there was even thought of a Justice League or Avengers. The Justice Society of America was the first superhero team in comics.

The Justice Society of America first appeared in All-Star Comics #3 in 1941 created by Sheldon Mayer and Gardner Fox. When superhero comics saw a decline in readership at the end of the ’40s the JSA made its last appearance in 1951. After that, it was another 10 years in 1961 when you heard of the JSA again as Flash Jay Garrick appeared in and the issue of the Silver Age Flash Barry Allen comic titled “The Flash of Two Worlds”. In this book, it was explained that the JSA resided on Earth 2 and the JLA resided on Earth 1. Soon after the senior JSA made annual appearances in the JLA comic once a year in a “crisis” event.

When I started reading comics in the ’70s, I always loved the annual crossovers between the Justice League of America and the Justice Society of America. In the ’80s, I loved reading All-Star Squadron which told the WWII stories of some of the JSA members with the Squadron. As a kid, I learned some history from the books because the writers injected some actual WWII history in the stories. The JSA has been absent from the DC Universe as of late but that was all changed thanks to the events in the miniseries Doomsday Clock.

Once again, the JSA is back. This is not the first time the aged super team has been gone only to return. Surprisingly, the thing that makes the JSA legendary is the same thing that keeps them out of comics. See, the JSA was originated in the ’40s and is closely related to stories during World War II which makes for a good story but puts a time stamp on the team. World War II was almost 80 years ago and if these heroes fought crime and the war back then that would make them over 100 years old. No one wants to see a centennial in tights trying to fight crime.

To get around this problem, DC comics has tried many tactics. The speed force has been the reason to keep Jay Garrick Flash relatively young and active. The energies of the power ring have been the excuse for Alan Scott Green Lantern. At one point it was even retconned that during a mission in the ’40s the heroes were swept with a magical wave that kept them a little younger and more vigorous than most people. But as time moves on it will be harder to keep these heroes of WWII in the comics.

Another tactic used to fix this problem has been to bring in legacy heroes. Sons, daughters and other proteges have been introduced to carry the torch for the originals. This was done in the form of creating Infinity Inc who’s first appearance was in All-Star Squadron in 1983 before eventually getting their own title in 1984. When the legacy heroes are done right it’s a great thing. Believe me, there have been some misses. Hector Hall, the son of Hawkman and Hawkwoman, used Nth metal to become the Silver Scarab. It was a lame hero with lame powers and really not a good character.

Star Girl is probably the most popular among comic nerds because she was well written with a great backstory and cool powers. DC Universe streaming is coming out with a TV show about her that should start in 2020. When DC Comics started the New 52 storylines, the JSA as we knew it was nowhere around. Instead, there was a place called Earth 2 where a new younger version of the JSA would appear. On Earth 2, Superman, Batman and Wonder Woman were killed defeating Darkseid and new heroes arrived to help defend Earth. I personally did not like this group at all.

The concept made me long for the JSA that I was used to reading about. Some of the modern takes on the classics just weren’t connecting. That idea didn’t stick and thankfully was abandoned. Now it seems that the classic heroes are back with the legacy heroes along with them. And I’m in full geek mode because after Doomsday Clock their first DC story is with the Justice League. Here’s to hoping this brings back the yearly JSA/JLA team-ups because I would love to look forward to that every year. If you know nothing about the Justice Society of America, then do yourself a favor: GO READ SOME.

Go to your local comic guy – everybody has a comic guy – and get your hands on some JLA/JSA team-ups. Read some All-Star Squadron, Infinity Inc. and all the different versions of the JSA through the years. Don’t bother with the Earth 2 books though, in my opinion, you will be a victim of disappointment. If you are older, like me, you can imagine yourself as that older hero. If you are younger, then you can see yourself as that legacy hero. If you read the stories about WWII, then you can be like I was when I was a kid and imagine yourself back in another time.