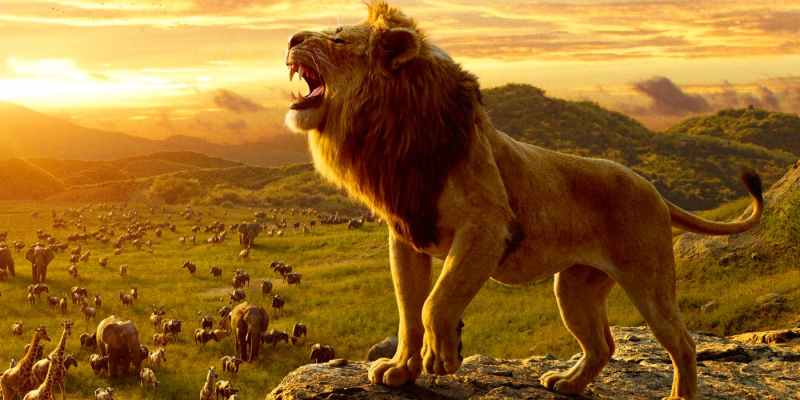 The new trend for Disney is to take your favorite animated movies and bring them to the screen in live action. Jungle Book, Beauty and the Beast and Aladdin have all received the treatment. In the future we can look forward to Mulan and The Little Mermaid.

These features are met with moderate success. I never hear anyone raving about them as a must see. I myself was not impressed with Beauty and the Beast preferring the animated take over the live action. It wasn’t as magical to me in live action because some of the slight changes made it too realistic and no longer fantasy.

My favorite scene was in the opening musical number “Belle” which is way better in my opinion in the animated version. However, in Aladdin the slight change of giving Genie a love interest was well played and made sense.

Also, giving Jazmine the additional storyline of proving she could lead her country was a nice modern twist to keep the movie with the current climate of society and culture. We cannot even begin to proceed without mentioning the hype and drama certain people are having after Disney made the decision to cast a woman of color as Ariel in The Little Mermaid.

The outrage! The poor offended masses! Who knew that fictional mermaids only came in one color? Overall, it seems Disney’s attempt to bring these features to us in a different way and make the slight changes to attempt to also play this up to adults falls somewhat flat.

Which leads us to The Lion King.

We all know the story of The Lion King. Simba, Mufasa, Nala, Pumbaa and Timon were all introduced to the world in the 1994 animated box office hit. In a short time, this Disney film became a new classic. With that being said, Disney decided to take it a step further and release it as what appeared at first to be a “live action” movie in 2019.

However, it wasn’t really live action but just a CGI technique using virtual reality tools. Because this is a kid’s film then I guess that was a good idea. This way you can genetically alter the virtual reality technology so you don’t have to explain the anatomy of Simba and Mufasa. At the same time, you have the adults looking at the movie saying “Wait, that ain’t right.”

Director John Favreau let it be known that this wasn’t going to be a shot for shot remake and that there were going to be some changes made. Admittedly, there were some iconic shots that Favreau said he could not leave out. But in such an iconic movie you would think that would at least leave 90% of the film. And that’s pretty much what you get: 90% of the original movie.

The film makers added an additional 30 minutes making this feature longer than the original animated version. A lot of that additional time was spent expanding on the experiences Nala, Sarabi and the other lionesses had under Scare’s rule while some was also given to show the life Simba had with Timon and Pumbaa growing up.

The additional scene added extra insight to Scar’s story giving him a history of being jilted by Sarabi in favor of Mufasa. Except for those parts, this was basically the same movie over again. At one point while trying to be engrossed in this film knowing full well how it was going to play out, I paid close attention to the dialogue looking for something new and was not impressed or surprised to hear exactly the same thing I heard in 1994.

None of the actors stood out to me as owning their voice parts. It was like they were told to mirror the original. The stand our voice acting was Beyonce’ and, forgive me Beyonce, that’s not because her voice acting was good. It was like she was reading for an e-book. The changes that were made were not impressive.

The main reason for this was that the changes left out a lot of the humor involved in The Lion King’s original story. One funny aspect from the original was the hyenas. The comedy of the three main hyenas was left at the waist side with some of their dialogue changed in order to make them more sinister and not the brainless lackeys that they were meant to be.

Although this helped in making you feel the danger, it was totally unnecessary as we all knew the final outcome. The comedy of Timon and Pumbaa was also cut. You can tell from certain script variations that the director was trying to give Seth Rogan’s Pumbaa and Billy Eichner’s Timon some comedic leigh way with the characters, however, the concept fell flat.

Making this feature more realistic and a little darker took away from most of the comedy scenes. This was a good movie because it still had the basic story and characteristics of the original. It’s great for any young person who never experienced the original. I personally could have waited for this to come to cable or the store.

2019-08-12
Previous Post: The Boys: The Grey Area of Superhero Universe
Next Post: Dora and the Lost City of Gold Review – The Undiscovered Gem of 2019