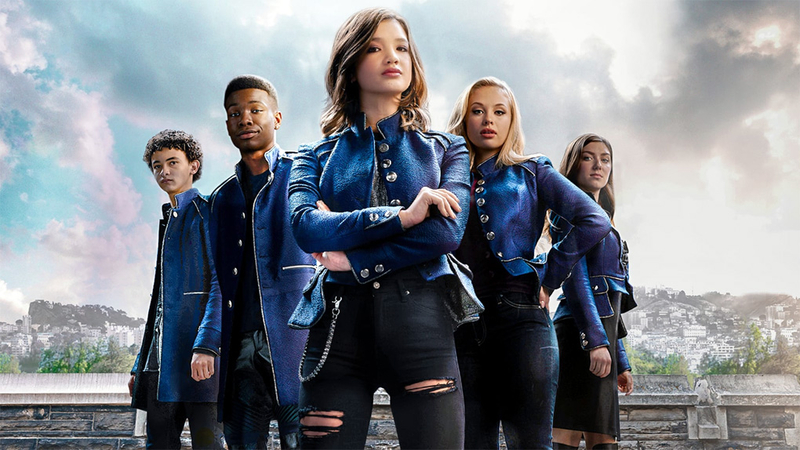 I’m going to start off by saying that the first thing I like about this movie is that I’m a second born child. So, this movie talked to me a little. No, I’m not royalty but I can relate.

The Secret Society of Second Born Royals, which premiered on Disney+ on September 25, 2020, is set up on the premise that the second-born royal of any family may or may not develop superpowers at a certain age. This is kind of like Marvel Universes mutants where they have these powers that don’t manifest until they are teenagers.

Their teacher, Professor James Morrow with the power to duplicate himself, is played by Skylar Astin and is tasked with showing these royals how to use their powers. Since the movie centered around Peyton Elizabeth Lee’s Sam character a lot of the other players centered on her world.

Elodie Yung as her mother Catherine, Noah Lomax as her best friend Mike Kleinberg, Ashley Liao as her sister Eleanor, Sam Page as her father King Robert, Carlos Gonzalez-Vio as Mike’s dad, and Greg Bryk as Sam’s uncle Edmond also known as Inmate 34 round out the cast.

It was a story about acceptance and friendship. This movie taught the royals how to deal with having these powers and their personal issues at the same time. It was one of those movies like most Disney movies where you knew everyone would live happily ever after. Which may have been one of the problems.

The problem I have with a lot of the Disney movies is that they are predictable. You knew they were going to overcome their differences and work as a team. There was a twist for the end on exactly who the villains are but even that wasn’t much of a mystery.

That would explain why almost everyone in a European country speaks American English. The inconsistency of accents was like watching Kevin Costner fumble around in the Sherwood Forrest in Robin Hood Prince of Thieves in 1991 where the main character was the only one without an accent from England.

Keeping in mind it is a Disney movie and we can expect things not to get too dark. However, with that being said, I think at some point Disney should start to give its young adult audience something they can sink their teeth into.

For the younger kids under 13, that may be fine but for the teenage kids, I think they can add a little grit to the stories. I’m not saying they need to use profanity or be overly sexual, I’m just saying that some of the content should be more up to date for teenagers today. The Secret Society of Second Royals is a good watch. Sit back with the family and enjoy it. Then come back and let us know what you think.