The Spider-Verse Is A Cool Place To Be 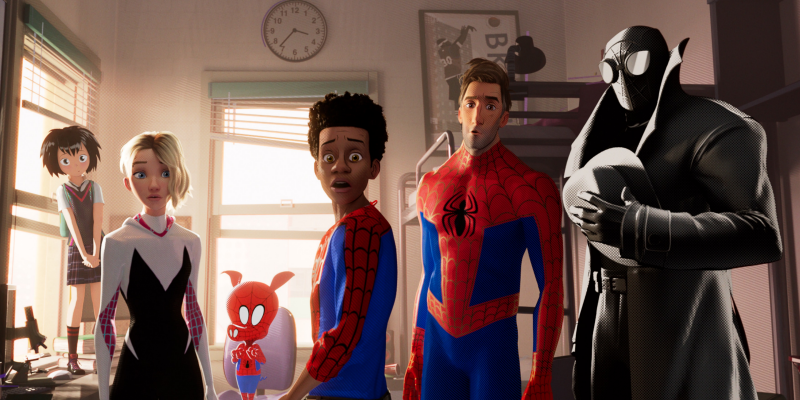 I was never a big Miles Morales fan. Peter Parker was my Spiderman. In my 40 plus years of being a comic book reader, I was still old school. Almost everyone I knew that was into comics had jumped on the Miles Morales bandwagon since the character was first introduced in Marvel’s Ultimate universe in August 2011. I had not, however, until Spiderman: Into the Spider-Verse changed my mind.

Into the Spider-Verse is a coming of age origin story of Miles Morales as Spiderman. It’s a movie filled with an alternate universe filled with a bunch of what ifs? What if a second person was bitten by a radioactive spider? What if Spiderman dies and another person took that mantle? What if there were other universes with other versions of Spiderman?

As I stated I was not a big Miles Morales fan and was not looking forward to seeing this movie. In a time where we have had six different live-action Spiderman movies, why would I want to see a cartoon Spiderman movie? Since Miles’ introduction in 2011, many people have been waiting for the character to make his live-action appearance. We have already seen Miles Morales on the more recent Disney Channel Spiderman cartoon.

This near 2–hour cartoon movie was what the fans got and yes it was worth it. As an old-school comic book reader, this movie has confirmed in my mind that I’d rather have alternate dimensional Spidermen existing than clone Spidermen around. This dynamic is actually easier to explain and follow than trying to understand which Peter Parker is the real one and which is the clone.

This movie is set in an alternate universe where Spiderman (Chris Pine) is killed trying to stop the Kingpin (Liev Schreiber) from creating an interdimensional gateway and Miles Morales (Shameik Moore) who is also bitten by a radioactive spider is charged with taking over the mantle of Spiderman. Miles finds a reluctant mentor in another alternate Peter Parker (Jake Johnson) who is trying to find his way back to his own dimension.

Along the way, they also encounter other versions of Spiderman from other dimensions who help them on their quest because not only do they need to stop the Kingpin but they need to get back to their own dimensions or be destroyed in the one they are trapped in. the storyline also depicts the other relationships important in Miles’ life such as his father, Jefferson Davies (Brian Tyree), who is a police officer and his uncle Aaron Davis (Mahershala Ali), who is one secretly one of the Kingpin’s henchmen, The Prowler.

The standout scene is the one with Stan Lee. Tasteful, meaningful and one of the funniest moments in the movie. And that says a lot. Spiderman: Into the Spider-Verse is a computer-animated movie that plays out like a live action movie as you would read it from a comic book. Each Spiderman is given their own backstory sequence. The first sequence with the ill–fated Peter Parker in this dimension is almost identical to the Tobey McGuire Spiderman down to mentioning the loathed singing Spiderman bit in the third movie of that trilogy.

There are also remnants of Andrew Garfield’s and Tom Holland’s Spiderman. The voice acting is superb and some of the best in any other animated movie of this genre. There were moments in this movie that tugged at your heartstrings and also had you on the edge of your seat with action. You felt the passion in these characters to the point you could forget you are watching an animated movie.

Which worked out for me because when I saw the 1 hour and 57 minutes run time of this movie, I was less enthused about seeing it. As I stated above, along with the Stan Lee cameo, this movie had humor to spare. Not only was there the basic obvious humor in the script but there was also the tongue in cheek humor. The part of the script where the writers used the typical comic book noir to poke fun at the movie itself.

Overall, I highly recommend Spiderman: Into the Spider-Verse to everyone.