The Top 10 Super Friends of Comics 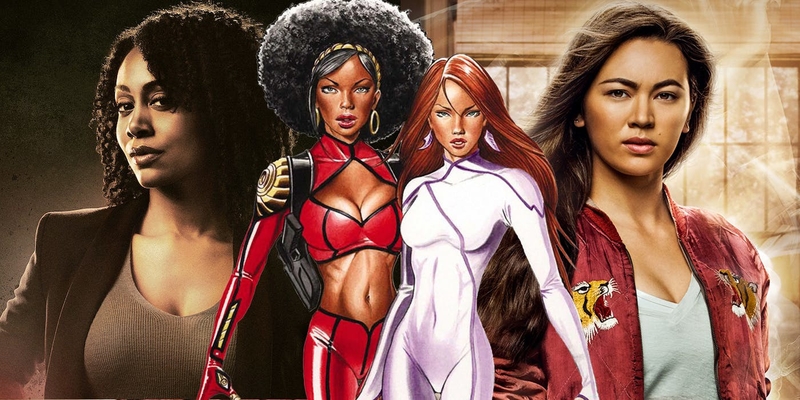 Even superheroes need friends. This week we have put together the top 10 list of super buddies in comics. This is a list of characters who are known to hang together and be friends outside of their adventures together.

We are going to start with two super villains because even the bad guys need friends. In a world where most villains do not trust each other and are known for stabbing each other in the back, Black Tom and Kane Marko are known for putting their friendship first before any devilish plot or revenge.

The coolest women of the comic book world had to make this list. For years they served as supporting characters in Power Man and Iron Fist known to many as Daughters of the Dragon. Their friendship was the shining moments in the Netflix Iron Fist season 2 series.

These two characters created the bromance in comics. With both characters having very different backstories, they came together in the Avengers books. They laughed together, partied together, and most importantly fought together.

These gal pals are the feminine side of the underworld. They have teamed up for various criminal endeavors and became friends. The depths of their friendship were last explored in the current Heroes in Crisis storyline where Poison Ivy is believed to have been a victim of the carnage that sets off the event.

The blue and gold. This duo provided much humor and heroics with the Justice League. Whether it be trying to use their superhero status to pick up women or for a get rich quick scheme, these characters are one of the main reasons you read Justice League and Justice League International in the 90s.

Luke Cage and Danny Rand are two heroes who come through for each other no matter what. Whether they are Heroes for Hire or Avengers they continue to have each other’s back. Unfortunately, this relationship was not played out to its fullest on the Netflix series.

Who is your friend? That dude that travels the highways and byways of the land with you to get you back in touch with your humanity. That’s exactly what Green Arrow did for Green Lantern. They traveled America to experience real-world problems and the showed how each character responded differently.

At a time when Marvel was young, it had young heroes. Two of the youngest were Peter Parker and Johnny Storm. It would only stand to reason that’s these two would become best friends. Their friendship would even have Spiderman replace Human Torch in the Fantastic Four when everyone believed he was dead.

There were so many heroes we could have paired Cap up with. Winter Soldier/ Bucky. Iron Man. However, since they shared a book together this seemed like the obvious choice. Sam Wilson is such a friend to Steve Rogers that he took up his mantle as Captain America when asked.

Number one is the super friends that they make movies about. Even if it’s not a good movie. Superman and Batman are the oldest set of friends on this list. They have been on a multitude of adventures together and lead the Justice League. They have trusted each other like brothers and fought each other like enemies. Their names are synonymous with each other.

Let us know what you think of our list and what super friends you would add.

2019-12-04
Previous Post: 12 Marvel and DC characters that we need to see in a movie
Next Post: You Must Watch Watchmen