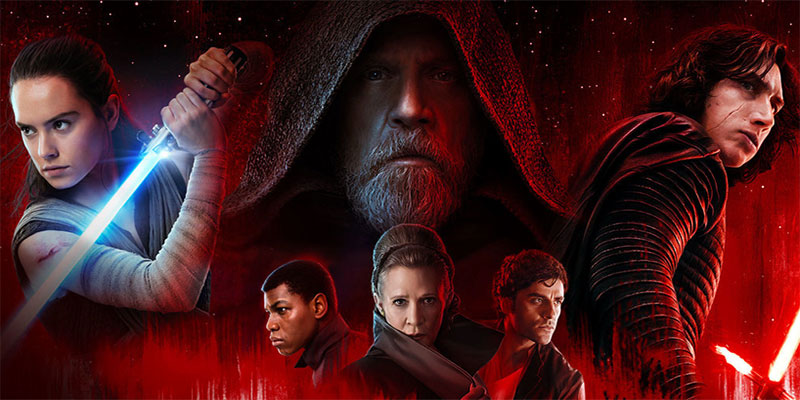 On Friday, October 30, 2020, Disney+ released the first episode of the second season of The Mandalorian. With season one scoring a 93% on Rotten Tomatoes, there is no doubt that season 2 will also be a smash hit. There are a lot of questions that need to be answered from season 1 and with the addition of Giancario Esposito as Moff Gideon towards the end of the first season and why the heck does he have a Darksaber.

Giancario Esposito has a history of playing beloved characters that are really cool on-screen so we have no doubt that the more we see of Moff Gideon in the second season will be awesome. But what other cool characters do we have in the Star Wars universe?

We at ObsidianNomad have made a shortlist of the top 10 coolest characters in the whole Star Wars franchise. Now, this is our opinion so feel free to drop a comment to agree or disagree. Let us know which characters would be on your list.

Now before you doubt me, hear me on this. Jar Jar comes off as comic relief when we meet him. Then he takes everyone to his home city to meet his people, the Gungans, then it all turns around. In such an advanced civilization Jar Jar has been playing us all. That’s what makes him cool. He is potentially the smartest guy in the group from a very advanced civilization and he played it down like he was the class clown.

There is nothing cooler than a blind warrior monk kicking tail with a staff. Chirrut Imwe was a true believer in the Force on his ill-fated mission however he did not have the abilities of the Force. Or did he. You can’t cast Donnie Yen in a movie like this without incredible fight scenes. However, his greatest scene was believing he possessed the powers of the Force to help his team claim victory in death.

Once again you strike casting gold. Who would expect to see Samuel L Jackson in a Star Wars movie? Not me. Mace Windu was cool with the way he handled his council meetings and his obvious mistrust of Anakin Skywalker. Mace Windu was so cool that when he was killed the fans were trying to justify how the character lived through this. Which links up to his coolest moment and that’s the fight he had before he died.

Princess Leia became an icon on her first appearance in 1977. This was not your typical damsel in distress. Princess Leia was a warrior and a leader. That’s what makes her cool in this list. When Luke, Han, and Chewy go to rescue the Princess she took a gun to fight her own way out. She wasn’t the princess that laid back to let the men do all the work, in every Star Wars movie you saw Leia she is fighting alongside them for her freedom.

Rogue One, in my opinion, is the best of all the Star Wars franchise. Any leader of a team that at some point in the movie knows that she and her team are going to die but that the mission can still be a success ranks cool points. She approached her death with dignity and not trying to run from the inevitable. if not for her actions there would not have been the story of The New Hope. That’s cool.

R2D2 has been featured in every Star Wars movie and thank God for that. R2D2 was the droid that knew whatever was going on and was always there to save the day. R2 was often the savior of the team of heroes. There are many moments that make R2D2 cool but the one that comes to mind is in Star Wars when he decided not to listen to his friend and fellow droid C3P0 and track out through the desert terrain on his own.

The Mandalorian series takes place 5 years after Return of the Jedi. Almost every episode is going to remind you of an old western movie. Din Djarrin, or Mando which he is often called, is the Clint Eastwood of the Star Wars universe. Mando has yet to have a defining cool moment but in every episode, he does something cool in battle or pre battle as he will let an opponent know that they about to get a whooping.

This is the guy that trained Darth Vader and Luke Skywalker so how cool is that. I think the coolest thing we ever saw Obi Wan do was defeat Anakin Skywalker in Revenge of the Sith. Anakin was kind of full of himself as now he was turned to the dark side and started calling himself Darth Vader. Mind you Anakin’s arrogance was starting to show in Attack of the Clones, so by the end of Revenge of the Sith, Vader thought he was unstoppable. Vader took the high ground during the fight when Obi Wan warned him and tried not to hurt his former protégé. After Vader did not heed the warning, in an “I told you so” move, Obi Wan severed his legs and left arm. Well, Obi Wan did warn him.

When Star Wars came out in 1977 a lot of young boys wanted to be Luke Skywalker, however, the older boys and men all wanted to be Han Solo. He was a rouge, a pilot, a fighter, an adventurer, and a scoundrel. He was the bad guy with the heart of gold. He was sci-fi cool. His coolest moment was the end of The Empire Strikes Back when he is uncertain about his fate of being dropped in carbonite. Princess Leia proclaims her love for him before he is dropped, and his roughish over-confident response is “I know”. I mean, come on, playa playa.

As soon as you see Darth Vader walk into the room, he commands respect. Between having officers shiver at just being addressed by him to using the force to choke officers who say the wrong thing, Vader commands fear and respect. His coolest and most popular moment in the whole franchise is Darth Vader defeating Luke Skywalker by cutting off his arm and revealing to Luke that he is his father. That’s not only cool but cold.

2020-11-04
Previous Post: Lovecraft Country: The Review and the Truths
Next Post: Comic Book Superheroes on the Front Lines