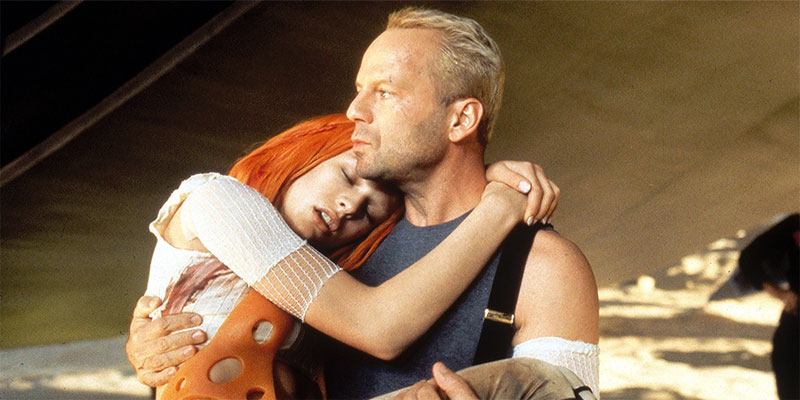 You can’t talk about the sci-fi world without talking about space movies. We have taken the time to list ObsidianNomad’s top 10 space movies with the 5 honorable mentions.

So, I’m going, to be honest, and tell you that when I first saw this movie I was bored to no end. But in all fairness, I was 10 and there was not a lot of action involved which probably disappointed a 10-year-old looking for a big space fight. So why is it on this list? Because of its historical context and being ahead of its time.

This was made in 1968 and is the oldest film on this list. While there were other space movies made before this, 2001: A Space Odyssey is known for its scientific accuracy in depicting space. Most deep-space movies at this time were pretty cheesy which made this movie stand out in the crowd and reinvent space movies after that. Everyone now had to step there game up. Check this one out if you get a chance.

Galaxy Quest is a parody of the series Star Trek. In this movie, Galaxy Quest is equivalent to Star Trek and the movie takes place after the show is off the air and the actors are reduced to making these horrid appearances at these conventions which they regret. They are adored by fans and secretly can’t stand it.

I have been to tons of comic book conventions and the way the fans act towards the Galaxy Quest cast in the movie is the exact way the fans act at a real convention. They unwittingly get involved in a real space battle which pokes good fun at the genre and places this at number 9. Mainly for the fact on the comic realism of the situation at the conventions.

This is a cult classic, so it makes the list at number 8. Flash Gordon was done in a very campy way with very tongue in cheek humor. When Dr. Zarkov says he avoided being hypnotized by singing Beatles songs in his head backwards and everybody goes with that? Now that’s funny. Then when Flash is using football moves to fight and Dale is on the side shouting “go Flash go”.

Classic, but the icing on the cake is the soundtrack done by Queen. Who doesn’t think of the theme song when you think of this movie? Like most cult classics in the United States, Flash Gordon did not do well in the American market when it first came to the theaters. However, it manages to live on today as a classic.

Guardians of the Galaxy makes number 7 on this list for the sheer fact of opening up the already dynamic Marvel Cinematic Universe to the mystery of space. As a comic book collector since the mid 70’s I wasn’t totally thrilled about this movie. You see, this is not the Guardians that I read about when they first appeared in comics.

My Guardians were from an alternate timeline in the 31st century and was comprised of many different and more heroic members. These future Guardians even traveled back in time in the comics to fight alongside the Avengers. These new Guardians are in our time and live in the same timeline as the present-day Avengers but do not start off as heroic as the original Guardians.

They are all wanted by the space police and meet while in space prison. As mentioned above, this addition to the Marvel Cinematic Universe added to the overall landscape the ultimate big story of this universe and the big bad villain Thanos. The Guardians of the Galaxy helped connect everything that was building up to Avengers: Infinity War and Avengers: Endgame.

My guilty pleasure with this movie is the scene where we first encounter Chris Tucker as the flamboyant talk show host Ruby Rhod. I purposely forward to this scene when I owned the VHS tape. My next favorite scene is when Ian Holmes breaks character and calls Bruce Willis’ Korben Dallas character by his real name. They decided to keep that blooper in the film which is fantastic.

Bruce Willis plays his typical tough-guy role but in space which makes this more fun to watch. Someone had the brilliant idea to cast Tiny Lister as the president which was odd to see but showed his acting range other than a brute. The Fifth Element is one of those quotable action movies that have a well-deserved place as number 6 on our list.

Spoiler warning: there are three Star Wars movies in our top 5 and this is the first one. This episode of the franchise makes this list for a ton of reasons. It is arguably the best Star Wars movie ever made. If that is the case, then why is it number 5 you ask? Well, the others have a good reason, but we will get to that later.

In this episode, the bad guy pretty much wins and sends the good guys on the run packing. It truly is the Empire striking back. This movie ties together the mystery of Luke’s father as we learn that Darth Vader did not kill Luke’s father as Obie Wan eluded to, but Darth Vader was Luke’s father. He reveals this to Luke as he cuts off his arm.

Yes, Darth Vader wins the worst father in space award by cutting off his own son’s arm. In this episode, we also see the beginning of one of the greatest love stories in space and that is the relationship between Princess Leia and Han Solo. She says, “I love you” and he says “I know” right before he gets dropped in a vat of carbonite and put in suspended animation to be given to a bounty hunter. So many scenes make this a classic.

Although it was cool to see Star Trek The Motion Picture and to have those characters come back after 10 years to me it was a little boring. The real action took place in the sequel. Not only did you have the return of the complete cast from the 60’s series but you also had the return of Richardo Montalban as Khan the villain from the 60’s series. Younger fans that knew Montalban from the TV show Fantasy Island got to know the actor in a whole new way.

This was also Kirstie Alley’s first feature film. Another tidbit of this film is that William Shatner and Montalban did not have any physical scenes together and filmed their screen communicator scenes about 4 months apart. Besides the awesome spaceship battle scenes, this movie is rated for the statement made at the end by a dying Spock. “The needs of the many outweigh the needs of the few ……. Or the one.” This classic line is often repeated as to pay homage to the movie.

In my personal opinion, this was the best film out of the Star Wars franchise. There were no lightsabers or Jedi to star in this movie. This movie is out of a brief mention in the original Star Wars film when it was said that many people lost their lives for the information on how to defeat the Death Star. This is how that happened. As you are watching the story unfold you forget that these characters are all headed for certain doom.

The space horror film with the tag line “In space, no one can hear you scream” makes number 2 on our list. It’s been too many years since I have actually sat down and watched this film, but it remains a classic. Sigourney Weaver is perfect as our unexpected heroine who ends up being the last one standing against an unknown alien. Yup spoiler alert for those who have never seen this classic: every character dies except for Ripley and the cat.

The special effects and the horror of it all were enough for the “R” rating in the United States. It was a well-deserved rating. This movie was also credited for having a more realistic look at the future of space travel than most space films. It was dark and gritty and not colorful and clean like most space movies. Alien definitely set the curve for more realistic movies regarding sci-fi space movies”.

Fun fact: At the 1976 San Diego comic con, Mark Hamill sat at a small table alone to promote the movie. The problem was nobody knew of Star Wars or heard of Mark Hamill. Nobody knew they were passing the table of a movie headed for greatness. Star Wars was the first of a wonderful franchise that spawned 10 other movies, a cartoon series, a Disney series, and plenty of toys. Star Wars is the story of a young man seeking adventure and meets a mentor, falls for a girl, and in the end saves the day. Throw in a tough rogue pilot and his furry best bud and you have the makings of a hit which is why Star Wars is number 1.

Tell us what you think we missed and what are your favorite space movies.