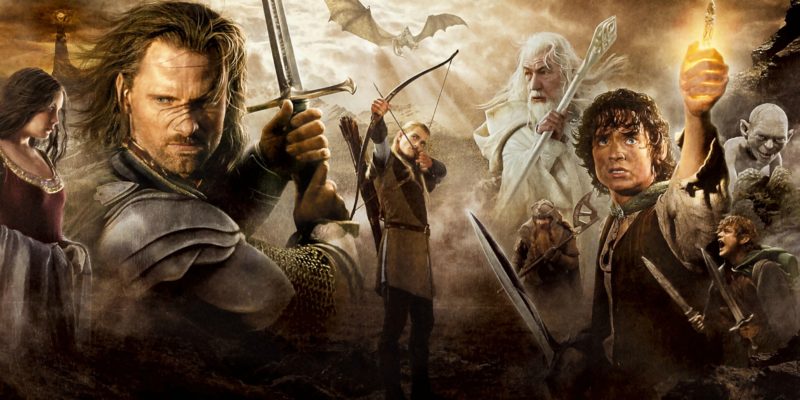 What sci-fi nerd does not like a good sword and sorcery movie. There’s always a damsel in distress and a warrior to save her. There is always a quest of epic proportions or a journey that takes our valiant hero to strange foreign mystical lands. There’s always that king that rules the land that the hero is either fighting for or against. There is always the evil all-powerful sorcerer that wants to rule the kingdom or the good sorcerer that has all the secrets that our hero needs for victory.

There is always that coming of age story from boy to warrior. These are the universal factors in most sword and sorcery movies and what we have for you here are the best and most memorable of those sword and sorcery movies. Now really, I don’t expect you to agree with all our picks here, but these are the ones that stuck out to me as I was doing my research for this article. So, follow along on the Top 10 Sword & Sorcery Movies.

Might as well start with this one that literally has the title sword and sorcery in it. A warrior with an awesome sword fighting a sorcerer of great power. I’m going to let you know that this is a very cheesy movie with horrible attempts at one-liners. The prize for our hero to help this particular revolution was one night with the princess. However, this is still a classic that I would highly recommend.

Willow was a coming of age story about a dwarf who wanted so badly to be the village magician. In his quest to do so he is chosen as guardian of the human baby that has appeared in the village. His mission to return the baby to humans has led him on adventures he thought impossible. This was also an excellent vehicle for a young up and coming Val Kilmer.

There have been many live-action portrayals of King Arthur and his Knights of the Round Table, but I would definitely put this particular one as the best adaption. Throughout legends, Excalibur has always been the ultimate sword. The boy that becomes king, the wit and comedy of Merlin, the betrayal of Guinevere, incest, honor, bravery, and nobility all rounded up in one story. This epic had it all.

A lone warrior with a hidden royal background with the ability to communicate and see through the eyes of animals is a sure hit in the sci-fi world. Keeping his lineage a secret our hero must save his people. However, the main thing that gets this on the list for me is the co-star John Amos from Good Times fame going from the ghetto to loincloth as a strong warrior. Classic.

A prince with a princess bride who gets kidnapped. A quest begins for a mystical weapon to defeat the villain and rescue the princess. The quest leading to a ragtag group of fellow travelers willing to join the fight for justice. This is not only a classic sword and sorcery story but a classic love story. When watching this movie, however, pay close attention and you will spot a young Liam Neeson as one of the bandits that helps our young hero on his quest.

Ok, let’s be honest Arnold Schwarzenegger’s acting was horrid in this movie. Being surrounded by great action scenes, special effects, and a dynamic cast covered a lot of Schwarzenegger’s early acting abilities or lack thereof. However, this still remains a classic. I mean really who expected to see James Earl Jones play a big bad villain in a sword and sorcery flick.

From watching the cartoon, we could not wait to see how the live-action would translate. Taking the characters out of their element and putting them in our world was probably a way to make it more relatable to audiences not familiar with the cartoon. Yeah, it was campy, but we go to see a live-action Skeletor. My one regret is we never saw a live-action Battle Cat or a live-action Orko. It was still worth it though.

Greek mythology has always been a go-to for sword and sorcery movies. Throughout the years there have been tons of Hercules movies and Sinbad movies. Clash of the Titans was probably the first epic big-budget film based on Greek mythology. To add to the epicness of this movie you make Laurence Olivier play the role of Zeus. Totally worth it for the most famous line in sword and sorcery history, “Release the Kraken!”.

The Lord of the Rings trilogy is epic. Long but epic. Out of the three movies I picked the last of the trilogy for my list. Of all the movies this had everything, action, magic, epic battles, comradery among allies, lessons to be learned, a king and his sword, and a timeless love story. The best moment, however, was not the special effects and well-choreographed fight scenes but when the whole kingdom bowed and paid tribute to the Hobbits that brought them all together and made a difference in the battle.

My number one because “there can only be one”. The first movie chronicling the adventures of an over 400-year-old immortal spawned many more sequels, a hit television series, a spinoff series, and a brief futuristic cartoon.

Sci-fi fans around the world know the stories of Connor McCloud and later Duncan McCloud. The many heads and the many quickening’s. The tales throughout the ages of time. Imagine the thought of immortals living among us in constant battle as their fate because ultimately there can only be one.

Like I mentioned above, I don’t expect you to agree with this top ten list totally. Let us know what you think of our list and how close did we get to your top ten. What do you think we forgot on this list?

2020-08-19
Previous Post: Power Rankings of the Umbrella Academy
Next Post: Netflix’s Project Power – Would You Take the Pill?