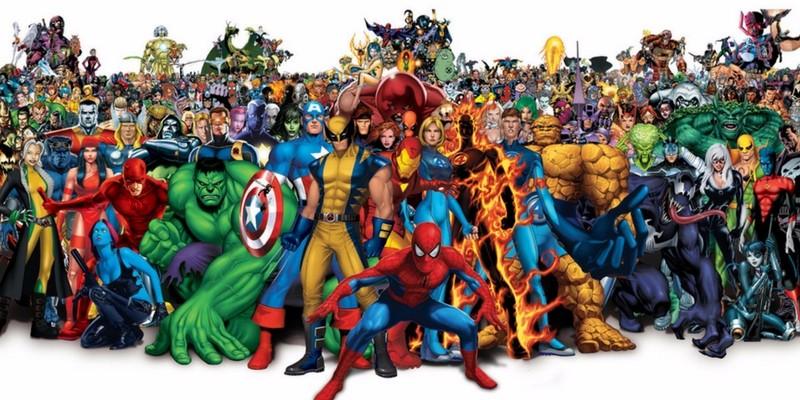 Death. In life, this is the final frontier. The end. However, in comic books, this is not always the case. In the fictional world death is something that can be twisted. Death can be used to entice you, to intrigue you and to help comic publishers make sales.

Uncle Ben is still dead. So are Thomas and Martha Wayne.

Let’s cut to the chase. Death in comics is used as a tool that is malleable to the writers to use as they see fit. In the comic book fictional world, comic book writers are gods. They have the power of death and sadly the power of resurrection. Sadly, because this power of resurrection is sometimes used so callously and can damage the whole meaning of a story. The death of a character can be an important event in comics. A certain death can move the meaning of a story and the stories to come. A certain death can change the whole makeup of that comic universe and the characters around that universe. When you negate that death with a resurrection it could change the makeup of the original story.

Uncle Ben is still dead along with Thomas and Martha Wayne which means Spiderman and Batman’s stories are still intact. Most of the time when a death happens in a story it’s an important event. In Amazing Fantasy 15, Spiderman was introduced to the world. The whole makeup of his origin was the death of his Uncle Ben. Uncle Ben’s death is what made Peter Parker become the hero Spiderman. You take away that death and you would still have a self-serving nerd making money with his new-found powers. That’s why, thankfully, Uncle Ben is still dead.

Unfortunately, Uncle Ben is one of the few comic characters to stay dead. Characters coming back from the dead has made comic book stories ineffective. A storyline where a character dies is not so earth-shattering anymore because we can’t believe that it will stick. Death means nothing in the comic book world. When Dick Grayson Robin was replaced with Jason Todd Robin in 1983, fans had a hard time accepting the Robin change. So, in 1988, fans had an opportunity to vote on whether to keep Jason Todd alive or to kill him off.

Fans voted and Jason Todd was killed by the Joker in the classic Death In The Family storyline in the Batman books. Jason Todd’s death became a constant ranked with the death of Uncle Ben, Bucky Barnes and the Wayne’s. Then, in 2005, with just a punch in the temporal timeline from a dimensional displaced Superboy (yeah that’s a totally different story to explore another day), Jason Todd is alive again. The death, the powerful storyline, the fan voting was all for nothing. For comic book sales, the death didn’t stick. And we brought it.

For years we were all under the belief that Captain America’s sidekick, Bucky, was killed at the end of World War II when Captain America was frozen in ice. The explosion that sent Captain America in suspended animation also killed his teenage sidekick, Bucky Barnes. That all changed in 2006 when the unthinkable happened: Bucky was alive. The “Bucky clause” in comics was broken. The rule was that three characters will always stay dead. Bucky Barnes, Jason Todd and Uncle Ben. Now years of watching Captain America anguish over the death of his young partner were all considered mute. Since his modern age inception back into the mainstream Marvel universe, Captain America’s whole backstory revolved around his guilt of Bucky’s death and his dead partner. Now that story is changed. But Bucky’s return did sell more books and you got a good character out of Winter Soldier and a mega movie so at the reader’s expense I guess it all worked out.

But do not fret, Uncle Ben is still dead.

The most classic case of this is The Death of Superman storyline from DC comics. We should start this tale with the premise that unbeknown to the comic fans this was a planned event. A planned resurrection. At the time of this event, the TV show The Adventures of Lois and Clark was in full swing and the comic wanted to coincide a wedding with the show. However, the comic had to wait a year for the wedding to happen on the show and they needed something to fill out the time period. So, they came up with killing Superman knowing that they were going to eventually bring him back. This 1992 to 1993 event was a top seller and worldwide newsworthy. Superman was being killed and everybody wanted a copy of these books. People were buying 2 and 3 copies at a time not knowing that a year later superman would be resurrected. All that hype just to bring Superman back. The death was a publicity stunt just to raise sales. Sales went up and the publisher made the money.

However, Uncle Ben is still dead along with Thomas and Martha Wayne.

Colossus for the X-Men sacrificed his life to save all mutants from the Legacy Virus. It was a big event and he stayed dead for a good two years before it was revealed that he was actually being kept alive by aliens. One of the greatest deaths I’ve ever seen in comics was the death of The Flash in Crisis on Infinite Earths. He unselfishly saved the universe unbeknown to anyone and died a heroic, noble death. A classic moment and a death that means nothing because he was brought back to life nearly 20 years later. Jean Grey has been killed in epic fashion as the Phoenix only to be resurrected years later and to be killed yet again. In this case, a younger version of her was brought from the past again but, really, how long will it take for the original Jean Grey makes it back from the dead.

There are countless more characters that have come back from the dead. The point is that this is all too common a practice in comic books. The practice is so common that we can no longer take a story where a comic book character dies seriously. In 2014, when Marvel comics killed one of its more popular characters, Wolverine, my first thought was when are they bringing him back. I stand not disappointed because this year, 2018, Wolverine has been brought back from the dead. I get it. You need to sell books and what better way than the shock value of killing a major character. Eventually, however, this shock value will wear thin with the readers and you will need another method.

But good for you, comic publishers, you may have killed death in comics but Uncle Ben and the Wayne’s are still dead.