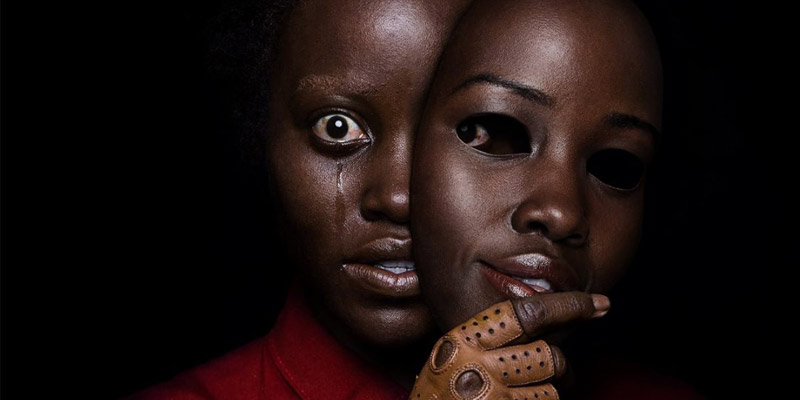 As a moviegoer, there are times when I truly desire the arrival of an upcoming film. Recently, despite being a die-hard Marvel Cinematic Universe fan, I bypassed Captain Marvel and patiently awaited the arrival of Us. Us is the sophomore film from writer, director, and producer Jordan Peele. The film, starring Lupita Nyong’o, Winston Duke, Shahadi Wright Joseph, Evan Alex, and Elizabeth Moss, concerns a family who must fight against their doppelgangers in order to survive the latter’s nefarious intentions.

In many ways, the film asks, through its title and story, “who, and what, are we really.” Though there was a mild complaint (discussed later), I enjoyed the movie and its overall premise and execution. The characters are not “over the top” as in they are relatable. The two primary parents, Nyong’o and Duke, try to understand each other while balancing trying to understand their children, Joseph and Alex, with an additional backstory concerning a key incident in Nyong’o’s character’s childhood.

The aforementioned incident is a central factor throughout the movie and is an important factor in the film’s climax. This in concert with the flow of the story and how Peele presents each growing aspect of the situation allows the story to transition from a personal fight to an implied global scale as the film progresses. In the end, the audience is left with a “holy sh*t” effect that carries to the story’s conclusion.

Additionally, there is the “family forced survival” trope present seen previously in films such as Wes Craven’s The Hills Have Eyes where in the members of the family must revert to their more primal methods in order to survive the ordeal. However, Peele, perhaps through his comical background, takes a lighter tone in how the family deals with their more violent actions.

As stated before, my ONLY personal complaint (mild spoiler) is explaining the origins of the doppelgangers. Not much, if any, room is given into explaining how they came to be or the circumstances in which they come to exist. From my personal view, there are two schools of thought. The first involves a goof in writing. There have been several films, especially in horror, where the ABSOLUTE answer is never given. Often in retrospect, one can attribute this to a misstep in executing the story.

In terms, if Us and Peele’s storytelling ability, one can argue that he either wants to leave the audience in limbo or wishes for the audience to come up with their own conclusion, which leads to the second school of thought, the unknown terror. The unknown terror is simply, if it cannot be explained, then its much scarier than to understand it. The best previous film example is Halloween in that you know Michael Myers is killing and you know he can’t be stopped; however, you do not know the why’s and how’s of how he came to this point. I personally went with the second school as it intensified the fear of the scenario. However, still, a hole that could sink the proverbial ship.

In all, Us was a thoroughly enjoyable film. Some complaints about the movie, apart from mine, have revolved around the anticipation of the audience wishing to see another Get Out type of film. The fact that Us is not like its sister film shows, in my opinion, the progression of Jordan Peele as a writer and director. No writer or director, worth their salt, will make a carbon copy of a prior film. If they do it can show the director distaste for possibly being forced or restricted when trying to create a new story (a la John Carpenter with Escape from LA). Us is Peele’s progression as a storyteller, and honestly, I expect newer and similarly good films from him in the future…and let’s face it, they’re letting him do The Twilight Zone so he’s going somewhere. Thus, get out, no pun intended, and go see Us because it’s definitely worth it.

2019-03-27
Previous Post: Diverse Superheroes That We Need to See In Live Action
Next Post: SHAZAM: The Surprise Hit