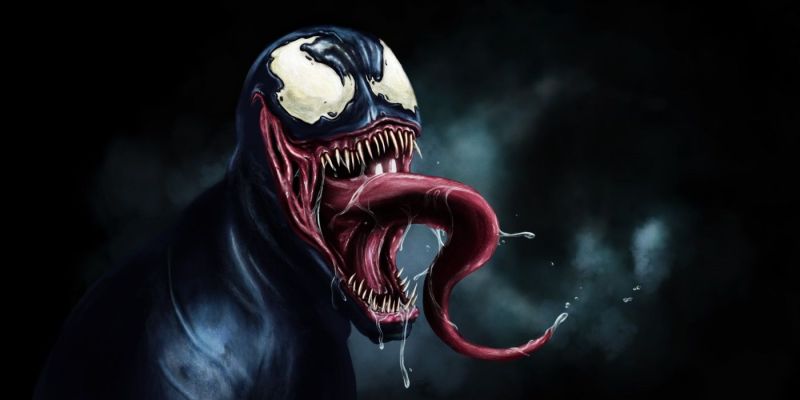 The things I do for you.

I love writing for you here on ObsidianNomad.com. I love putting together stories for my fellow nerds. So much so, I feel like I wasted two hours I will never get back and money for a movie ticket, popcorn and a drink that will never come back to me. All so I can give you this review of Venom. Before I tell you why I didn’t like this move I will say that it had great action scenes. However, I think we have moved on from that in comic book movies. Comic book movies need to be more than just great special effects and action/fight scenes. There needs to be a feasible plot. Although the studio cannot totally appease the fanboy and has to appeal to the masses, there must be some base in actual comic book lore.

That base for Venom should be simple: you can not have Venom without Spiderman. Period.

Now before you say anything: Yes, I did approach this with an open mind. I knew Spiderman was not in this movie and I didn’t like the idea. However, when I went to see this on a friend’s advice who had seen it before me I approached the movie with an open mind. I can no longer take this friends advice about any movie. Venom opened over the weekend staring Tom Harding as Eddie Brock/Venom, Michell Williams as Anne Weying, and Riz Ahmed as Carlton Drake/Riot. The story attempts to tell an origin story of the Marvel Comics character Venom without involving Spiderman.

The original comic book story is that Spiderman acquired this new black costume while fighting on the alien Battleworld with other heroes against villains in a scenario created by the god-like Beyonder. After returning to Earth, Spiderman discovered that his new costume was actually a living creature that was bonding with him in a dangerous way. Spiderman went through lengths to detach himself from the alien symbiote and feeling rejected the symbiote bonded with Eddie Brock to exact revenge on Spiderman. Eddie Brock was a nemesis for Peter Parker, Spiderman’s alter ego, in the journalism field. Brock’s hate for Parker melded with the symbiote’s hurt of rejection made for the perfect antagonist for our hero, Peter Parker/Spiderman. That’s how Venom was born.

This is not the case in this story.

I think of asking how can you do a Venom movie without Spiderman the real question is why would you do a Venom movie without Spiderman? The answer is simple: money. Sony owns the rights to Spiderman and subsequently the universe related to that character. Sony makes a deal with Marvel to use the Peter Parker/Spiderman character in a Marvel-related movie and infusing that character into the Marvel Cinematic Universe. The new Tom Holland Spiderman is a hit in both Captain America Civil War and Spiderman Homecoming. Sony then, in turn, sees this popularity in the Spiderman universe and decides to capitalize in on it themselves and make Venom. Sony realizes that even if the everyday person has not heard of Venom the same way they have heard of Spiderman, at least the fanboys will know and rush out to see this movie. Sony also assumes that they can change the origin story of Venom because the character isn’t that popular with everyday audiences and it won’t matter. Wrong.

Sony wanted to cash in on the Marvel cow instead of doing the reasonable thing and making the same deal with the character as you did with Spiderman. Technically, you had the perfect opportunity. Spiderman was in space with Iron Man, Dr Strange and the Guardians of the Galaxy during Avengers Infinity War. That was the time when you could have introduced the character to a symbiote then after he comes back from the “turning to dust” you had your Venom story. (I know I didn’t give anything away – you do know they are not going to keep Spiderman, Black Panther, Winter Soldier and most of the Guardians of the Galaxy dead, right?) Sony decided to do their own thing.

Without Spiderman, Sony had to create another origin story for Venom. In comics, when fused with Eddie Brock, Venom is the bad guy. When you make a movie solely based on the bad guy you have to make him a good guy or create someone who is worse. Venom could not be the antagonist throughout this whole movie. One of the changes you had to make to make this believable was to change the character of Eddie Brock. This character is no longer the egotistical self-absorbed journalist who will go to unethical means to make a story but a journalist who is compelled to go for the story that exposes corruption and is a voice for the people. You now have a man with a high standard of what is morally right and wrong. To have this Eddie Brock fused with the symbiote you have now changed the makeup of the character.

A good deal of this movie is spent with Tom Hardy’s Eddie Brock fighting the symbiote and trying to make the symbiote understand good and evil. Instead of a psychopathic killing machine, the Venom symbiote becomes a walking joke for comic relief. The Venom “voice” that should be terrifying you, instead, makes you laugh. You lose concern about the life of Eddie Brock because you’re waiting for the symbiote’s next one-liner. I was waiting for the villain and I got Kevin Hart.

Riz Ahmed played a very typical villain Carlton Drake and there was no surprise where his character was going. Multimillionaire rich guy which the world loves and adores for his humanitarian efforts but is really an evil scientist that only Eddie Brock mistrusts. No depth, no rhyme or reason just a guy that wants to explore space by melding everyone with symbiotes. Michelle Williams plays Anne Weying, Eddie Brock’s confused girlfriend. I say confused because not only is the character confusing since she does everything she can against Eddie Brock throughout the movie but I’m not sure which direction the director gave her while shooting this movie. Michelle Williams loses her character playing around Tom Hardy and the Venom one-liners.

As I said, though, the action is good. However, the superhero genre has evolved past making movies with just good action. A standard for a lot of these superhero movies is the post-credit scene or scenes. Without giving them away I will say that I wish I had left when the credits started to get the taste of a poorly done movie out of my mouth before it got worse. I stayed because that friend that told me this was a worthwhile move told me to stay. Worse post-credit scenes ever that really did not get me excited for a sequel. The more I think about it the more I should really consider slapping that friend the next time I see him. I’m filing this one somewhere along with Batman vs Superman, Steel and Spiderman 3, you know, that movie where Peter Parker did a song and dance because he was infected with Venom. At least we got a musical number from that one.

Leave a comment and let us know what you think of Venom. Tell us if you think we are off the mark or right on point.

2018-10-10
Previous Post: The Joker – The History & The Men Who Laugh
Next Post: When We Last Left Off – The CW Superhero Season Premiers