You Must Watch Watchmen 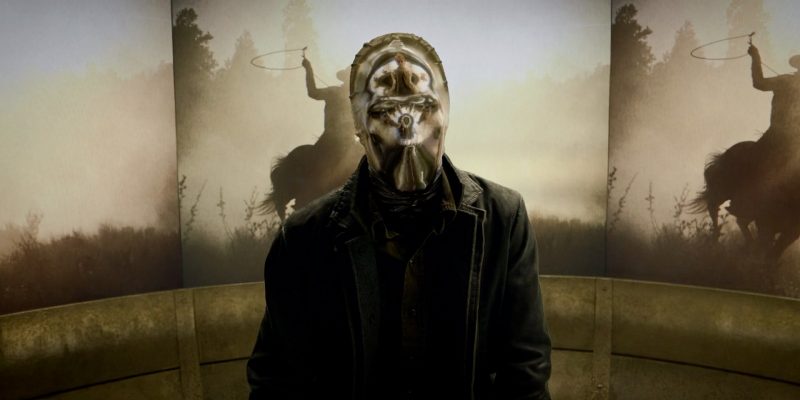 You Must Watch Watchmen.

So, I’m having a text conversation with a friend of mine and I asked had he seen Watchmen yet. Said friend being the film and tv critic that he is in his mind answered with a very caviler attitude saying he wasn’t wasting his time with that show. I tell him what a great show it is. His response is that since he had seen the movie what’s the point of seeing a continuation of the same characters.

His rebuttal was that he liked shows with more diversity and from the movie this was all about a couple of White guys.

My response again was, “Bro, that’s not what it is.”

I proceeded to tell him what I’m about to tell you: You must watch Watchmen.

Watchmen adds to the lore of the universe created by Alan Moore and Dave Gibbons in 1987 DC Comics. The Watchmen originally was a 12 issue comic book mini-series that told a story of a group of superheroes called the Minute Men in a universe where Nixon remained President for multiple terms and we had easily won the Vietnam War due to the help of America’s premier superhero, Dr Manhattan. In this alternate universe in 1985 the hero named Ozymandias aka Adrian Veldt, tried to bring the world together by faking an alien invasion that killed millions. He created a giant alien squid to materialize in New York City. The book was made into a movie in 2009 as an exact replica of the book however instead of a giant alien octopus there was an atomic explosion. Dr Manhattan moves to the planet Mars. There’s a lot more so read a trade paperback and then see the actual movie. Trust me on this.

Although it takes place in another reality, Watchmen is a show that tackles issues of our real world. Racism, police brutality, crooked politicians it’s all here. Watchmen touches on issues of race that have made some uncomfortable and lost a small portion of audiences. Showrunner Damon Lindelof has taken this world created by Moore and Gibbons to another unexpected level introducing us to new characters and a different storyline that ties in directly with the book and movie. Lindelof also brought a few characters back from the source material to help solidify the past with the present.

The original Watchmen book and movie where really a big superhero murder mystery. The real master mind behind the murder was not some supervillain out for money, power or revenge, but a superhero who thought he could make the world a better place with mass murder. It was a mystery until the very end. When you got to the end, you were totally shocked and surprised. Lindelof has kept that same amount of surprise in every episode. Every episode has a “what the what?” moment that has you wanting more on your tv every Sunday night at 9pm. Once again, this is an alternate reality where the greatest and strongest hero lives on Mars and Robert Redford is President. Anything can happen and when it does it takes you for a loop. The writing and acting is done in such a way that you must know what happens next.

You must watch Watchmen

This is not all just a murder mystery. The action is well worth a trip on a Sunday night. In this reality, police where a victim of what is known as the “White Night”, where several of them where assaulted and murdered by a White supremist group called the Seventh Kavalry. Because of this assault, the current police force where mask to protect their identity so another mass slaughter does not happen. Love is also in the air on Watchmen. The love of family; the love of a comrade in arms; the love of a mission; and the love of a lie.

As of this article Watchmen is about 6 or 7 episodes in and we are hitting close to the season finale. I would like to be able to give you a prediction of what to expect but, honestly, this is not that show. This is a true mystery where layers are on top of layers and when the real gets pulled out you are shocked and stunned. This show has taken me on so many rides that it would be impossible for me to give it justice just telling you. I will simply put this the only way I know how.