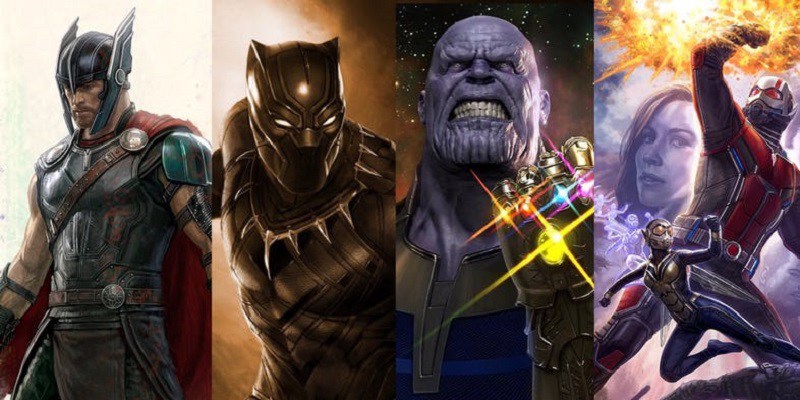 One of the best escapes we still have in this day and age is getting away to the movies. At the movies, you escape and live in another world, another adventure, another romance, another thrill. So what are the escapes for 2018? We have African kings and sea kings; we have mutants and superhero team-up; we have prequels and sequels; we have virtual reality and Transformers. We have movies for 2018.

We finally have the much-anticipated movie of the MCU. After his on-screen debut in Captain America: Civil War, King T’Challa get his solo movie and we get to get a closer look at the African land of Wakanda and its people.

One of the main complaints about Justice League is that although Arthur Curry went to Atlantis we barely got a good look at the fabled city or its people. Well, now we are hoping this will be fixed. As a character that most people liked in this failed movie, let’s hope we get what we should have gotten in Justice League.

The sequel to the 2016 FOX hit and the first time the production company got a mutant movie right. And this time we get to see the first live action Cable. The Merc with a mouth can’t get any better.

Another installment to the X-Men franchise where the FOX attempts to tackle the Phoenix saga. I have serious doubts how this will play out since the Shiar have not been introduced and so far a lot of these movies have left comic fanboys wanting.

The FOX production company have decided to go a horror story route with this one which is interesting. The New Mutants comic was more of a coming of age for young mutants than a horror story.

We get a sequel to the surprise hit. We get a payoff from the teaser in the post-credits of Ant Man. We may even get a surprise hit of the year.

This prequel tells of Han Solo and Chewy’s adventures before he joined the Rebellion and became the rogue pilot we know and love. There’s also a young Lando Calrissian which would hopefully satisfy anyone looking to see the old Lando show up in the newer films ……. or is that just me.

One of the more popular and lovable Transformers is given his due in a solo adventure from the past. As we know, Transformers have been on Earth for centuries which of course means there have to be some untold adventures for the studio to milk some money from fans. And you know what the fans will come if for nothing but curiosity.

This is a sequel to the Fantastic Beast universe which is a prequel to the Harry Potter universe in a way but we are going to put this right here. Here’s hoping the beasts are still fantastic in this next venture.

The third installment will hopefully answer more question that were left in the last installment. Delayed because of a major injury to the leading character during filming, the former captive youths take the battle to their former oppressors.

This sequel picks up with a new generation. The son of the hero from the first movie walks away from the fight to be pulled back in to be the hero his father was.

I’ve lost count of the number of installments in this franchise. Now apparently the island the dinosaurs are on is about to be destroyed and they need to be saved. Correct me if I’m wrong but don’t these things keep eating and killing people. So if they can’t exist with us peacefully then shouldn’t letting them go extinct be a good idea? I guess they will keep them alive as long as they bring money into the box office.

Because it had to happen, our heroes from the first movie find a wi-fi router and have another adventure. So I guess we will see them all over social media and websites.

The Spiderman villain gets his own movie. I’m very curious how this will be done. It’s a little confusing on how they may want to do this without connecting Spiderman. Sony did not do Spiderman well until they signed on with Marvel and now they want to do Venom as a solo adventure. Sony execs need to pick up a comic.

Predator is back to hunt again. One source lists this as a sequel and another list this as a reboot. Either way, Predators are bad guys.

This reboot marks the second time this video game queen has been brought to life on the big screen.

Hopefully, the reboot does better than its predecessor.

So grab your popcorn and your soda and get yourself to the movies in 2018. See you there.