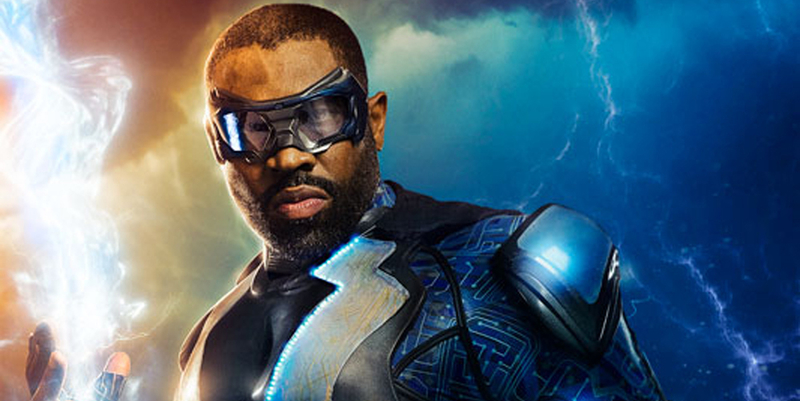 The CW did it again. They took a B list superhero and made him a superstar.

Black Lightning is the story of Jefferson Pierce played by Cress Williams. Jefferson Pierce is a former Olympic athlete who came back to his old neighborhood to help the community. To help his community, he became Black Lightning and fought to clean up the streets. In that time, he got married and had kids. After a bad injury, he decided to give up being Black Lightning to save his family. He became principal of the high school and used his influence to keep the students under his care from the wrong path. Our story picks up with Jefferson, now divorced from his wife Lynn played by Christine Adams, raising his two daughters Jennifer (China Anne McClain) and Annissa (Nefessa Williams) with his superhero alter ego years in his past. However, once the lives of his daughters are put in danger from members of the local gang The 100, Black Lightning is back to fight justice and save lives.

One main element that makes this show work is the supporting cast. Jefferson’s daughters are a big focus. His older daughter, Annissa, is the activist and scholar who we are introduced to in the first scene as Jefferson is picking her up after getting arrested at a protest. Jennifer is the younger of the two and she is trying too hard with her rebellious ways to shake the image of being the principal’s daughter and a good girl. Jefferson’s ex-wife, Lynn, is the love of his life and is only not with him because she could not take the stress that came with being the wife of a superhero. Damon Gupton plays Inspector Henderson who is in command of a special task force to fight street gangs in the city. One of the greater elements of the writing on this show is how Inspector Henderson is portrayed as a Black cop trying to protect a Black community despite the opposition he receives from both sides. Acting veteran James Remar portrays Peter Gambi, a close confidant and father figure to Jefferson who is the conscious of Black Lightning. William Catlett plays Lala, an ex–student of Jefferson’s and the leader of the neighborhood fraction of the 100 gang who lives by his own form of street justice.

Black Lightning captures the urban feel and tackles issues of today that are prevalent in the Afro American community. In the first 15 minutes, we are met with social protest, police brutality, racial profiling and street gangs. This is not done in your typical superhero tv show way. There is a great essence of realism that comes with this show. Showrunner Salim Akil stated that his intent was to not base Black Lightning solely on a superhero showing powers every day but to make the show more about a man going through life that happens to have powers. It’s the human part that makes this show great not the superpowers. This show is about the father who cares about his two daughters. The principal who cares about his students and community. The man who just wants to put his family back together. The rebellious teenage daughter. The overachieving older sister. The mother and wife who cares for her family that can’t seem to stay out of trouble. The police officer who is called sambo and Uncle Tom by the very same people he is trying to protect. The gangster who was given the opportunity to live otherwise but choose the streets and a life of crime. Real people from any community.

One aspect that stands out about Black Lightning is not that it is a predominately all Black cast or that it a Black superhero show but the way it represents Black people in America. With its riveting soulful and hip-hop soundtrack, Black Lightning projects what real Black Americans live through in America now. Black Lightning represents what is seldom seen on American television: a point of view of the Black community and the trials and tribulations that it faces. You can argue that there are too many superhero vehicles out there on television and movies. However, in a time when a genre may seem to oversaturate the industry, Black Lightning serves as a new breath of fresh air that electrifies the medium.