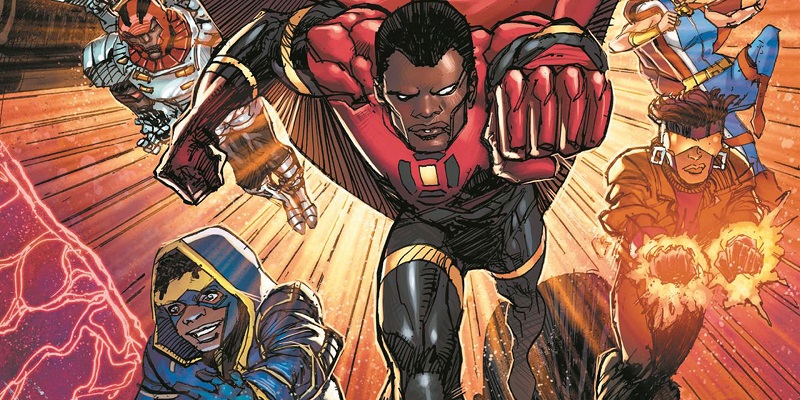 Since we missed our article for the last week in February, I decided to do another article to celebrate Black History Month. This week I want to write about the lesser-known Black superheroes that I think if given a chance they could really stand out.

I mean, we all know about the obvious Black heroes. Falcon, Black Panther, Black Lightning, Storm, Spawn, Cyborg, and Luke Cage have all been prominent in the comics and have had a chance to shine on either TV or the movie screen.

Other Black superheroes showing up on the screen are getting some recognition in the books as well. With Photon showing up in WandaVision, the Miles Morales character appearing in Spiderman animation, John Stewart Green Lantern in the Justice League cartoons, and Warmachine being featured in the Iron Man and Avengers movies, we really have a lot of positive Black superheroes right in our faces. Right now, the CW even has a Black Batwoman.

I am going to give you some other Black characters I think would do awesome in the spotlight. Some known and even seen before on TV and movies but the characters were not given that push in the spotlight that I think they deserved.

Now the group of characters that I would definitely put on an honorable mention is the Milestone characters. Although a few like Static, Rocket, and Icon have appeared on various cartoons they still have not had that spotlight shine on major platforms. Hardware is a cross of what you would get if you mashed Tony Stark/Iron Man with Bruce Wayne/Batman and made the character Black. The possibilities for a live-action feature there are endless.

Blue Marvel is a hero who received his powers in the 1950’s during a scientific explosion. Because of the times, Adam decided to cover his entire body to be a superhero fearing that society would not accept him as a Black superhero. During a fight with a villain, Blue Marvel’s mask tore, and the public saw he was a Black man. President Kennedy asked him to resign. Because of his powers, he barely ages and is still active. This is a story that reaches a lot of different aspects of being a Black man through the ages. He’s as strong as Hulk, as powerful as Iron Man, and as smart as Reed Richards, Blue Marvel is the complete package and needs to be put at the forefront of the Marvel universe and on the screen.

Bill Foster was a legacy hero. He was a lab assistant to Hank Pym and used his Pym Particles to become Black Goliath. He then called himself Giant Man and then ended up with plain Goliath. Yes, this character appeared in the Ant Man and the Wasp movie and as the lab assistant in the Avenger’s cartoon, so he has got some recognition. Just as in the comics these parts were small. He made a version of the serum that was stronger than Hank Pym’s that he used to fight for good. With his brains and powers, he should have been leading his own team. They killed his character, but this is comics he can always come back.

The DC Comics character Rocket is a product of the Milestone line of characters released in the early 1990’s. There were a lot of things about Rocket that were stereotypical that may have been brought to the character on purpose. What we do know is that originally, she was set up to be the human link for her superhero partner Icon. She was the one that kept his character grounded because he was an alien. She was also a young mother. Not to encourage teen pregnancy but this is a young mom and a superhero. The inspiration from this character could have taught young mothers a lesson in continuing their dreams yet still could have potentially told a story to warn young people from unprotected sex. Given the right handling, this character could have been groundbreaking and should be rebooted to do just that.

There was a Patriot before Eli and a Patriot after Eli, but Eli Bradley is the one that I believe as a character that can be a leader pushed to the forefront of the Marvel Universe. His grandfather was Isaiah Bradley, a version of Captain America when the government tried a different super-soldier serum on African American soldiers. Eli tried to fill his grandfather’s shoes by first taking an illegal drug to duplicate his grandfather’s powers. However, once he got hurt in battle and his grandfather had to give him a transfusion, Eli gained the powers for real. How is this not a story and a character that should take a place at the big boy’s table in the Marvel Universe?

This is a gross underuse of a character and his powers. Will Everett was a hero during World War II with the All-Star Squadron. He was introduced in the 1980’s so they did the whole thing where he started out as a reluctant villain then joined the side of the good guys. He was an Olympic athlete in the 1940’s and acquired his powers to change into any substance he touches from a supervillain. We know he spent the rest of his years being a hero, but we do not know what ultimately happened to him. However, his grandson, Will Everett III took the mantle in modern times. When he was killed, his cousin and Will Everett’s other grandson, Marcus Clay, took on the role. Apparently, his grandsons inherited the original Amazing Man’s powers.

Night Thrasher is a street-level vigilante. His parents were billionaires who left him a bunch of money after their deaths. Dwayne Taylor’s story is almost identical to DC Comics’ Bruce Wayne. A rich kid who watched his parents die that trains himself to beat everyone and makes technical weapons to fight crime. Everyone likes to compare Marvel’s Moonknight to Batman and I get it: the costumes are identical. What really should have happened is Marvel should have pushed this character to the forefront because this is actually an updated version of what Batman could have been had he been created in modern times. They both even have that same quality where they are the smartest in the room to lead but lack the people skills along with trust issues to always do so effectively. Marvel surely dropped the ball on this one.

I remember buying the comic where Vixen first appeared. It was rare in 1981 to see a Black female character and at the time I was not into Superman who was the star of Action Comics at the time, so the cover got my interest. Mari McCabe was African and was supposed to be released in a solo book years before her appearance in Action Comics but that was canceled. Her powers are kind of like Animal Man except Vixen’s powers were heavily based on magic which means she was able to give Superman a hard time. Her character is a successful model and businesswoman who has a public double life as a superhero. No secret identity. She has been on more than a few variations of the Justice League. Definitely a character that could be a focal point in the DC Universe.