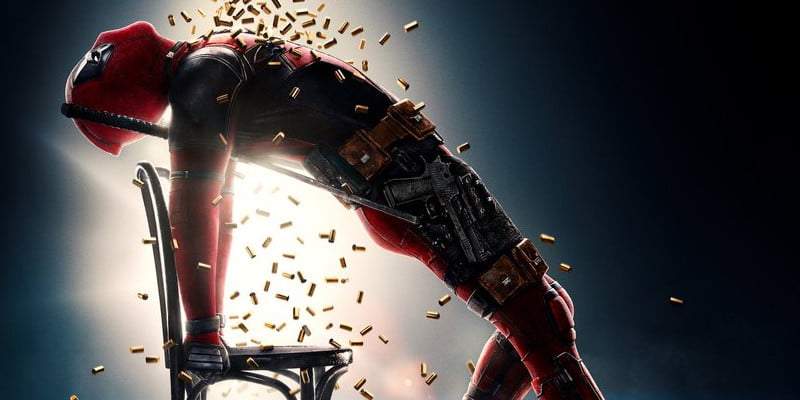 This past weekend Ryan Reynolds came out with his third outing as Deadpool in theaters. I know this is the second Deadpool movie but it’s technically his third time playing the character. I know we all want to put that first appearance to rest and here’s a hint for those who haven’t seen it yet: stay for the post credit for the resolution on that.

Deadpool 2 starts off in classic Wade Wilson fashion with a tragedy that sets Wade on a journey that has him joining the X-Men as a trainee. Wade’s first mission gets him involved in helping a young mutant named Russell Collins calling himself Firefist. In comics, Russell is a tall thin redhead kid called Rusty Collins who first appeared in X-Factor #1. In helping Russell, Wade comes head to head with a time-traveling Cable who is set on killing Russell for a crime he will commit in the future. Wade puts together a ragtag team called X-Force which includes a show-stealing Domino and sets out to save Russell. We get a surprise big bad guy, epic fights, awesome team-ups, more legendary epic fights and an ending that puts the universe right in a way that only Deadpool can do. Wade goes on a journey trying to be a better person.

What makes this movie awesome is the use of its characters. It was like reading a comic book. That’s what I look for when I watch any comic book movie. Does it play out like the actual comic book? I know you can’t make things exactly like the books and directors must take some creative liberties, but you want to feel like the producers, writers, directors, and actors read the source material to put together a movie that will entertain the fanboys and the regular audience.

One thing going into Deadpool 2 is you must realize that this is a team-up movie. There is a slew of other Marvel characters and cameos that make this move more of a team-up movie than a strictly Deadpool movie. We had returning characters from the first Deadpool movie: Stefan Kapicic voicing Colossus, Brianna Hildebrand as Negasonic Teenage Warhead, Morena Baccarin as Vanessa, Leslie Uggams as Blind Al, Karan Soni as the taxi driving Dopinder, and T.J. Miller as Weasel. New characters included Josh Brolin as Cable, Zazie Beetz as Domino, Julian Dennison as Russell Collins, Terry Crews as Bedlam, Bill Skarsgard as Zeitgeist, Lewis Tan as Shatterstar, Jack Kesy as Black Tom Cassidy, and Shioli Kutsuna as Yukio. With cast and characters such as this, you get a lot of wow moments. I compare this movie on a level with Captain America: Civil War as I watched Captain America, Winter Soldier, Black Panther and Falcon all on the scene together and I thought “Wow! I’m actually seeing this fight in live action with some of my favorite characters.” Yes, it was like that.

Stand out characters? Domino was phenomenal. Zazie Beetz was perfect as the cool and smooth mercenary with luck powers. It was refreshing to see the unexpectedly larger role she had in this film and the perfect way she portrayed it. Leslie Uggams’ Blind Al provided the even more comic relief than she did in the previous movie. I wondered how this stage and scene legend landed in this movie but in Deadpool 2 Ms. Ungums showed she had the comic timing to play in the Deadpool universe. As the main catalyst for this movie, Julian Dennison had to take his Russell Collins through many different emotions as a young mutant caught in an adult’s world. His renditions of how a young mutant would handle being thrown in epic battles with the likes of Deadpool and Cable among others was well on point. He went from scared kid to optimistic hero worshiper to vengeful psycho kid right in front of you. Josh Brolin played a perfect Cable. Just like in comics this is a Cable who is no-nonsense, militant and can handle his business. I felt there was not enough backstory for Cable. He’s a character who has some very rich history and connections in the Marvel universe which I really hope will be included the next time they use Cable.

Just as in the first Deadpool movie this film is riddled with 4th wall breaks, puns and inside jokes that make it even funnier than the first movie. Don’t get it twisted there are some serious moments in this movie that help give it heart but Ryan Reynolds ability to not take himself too seriously as Deadpool is what sets the tone. Deadpool is a very entertaining movie which I predict will be the surprise hit of the year.