HE SAID WHAT? THE 20 TOP SUPERHERO CATCHPHRASES 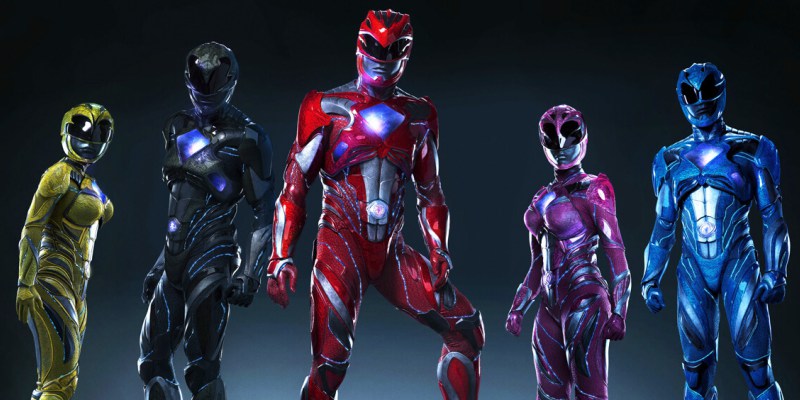 The following is our top 20 superhero catchphrases

The mouse with a might would sing this little diddy out as he would come to the rescue. This one sticks in your mind so much that I dare anyone to say that they have never uttered this when coming to the aid of their kid or friend.

The battle cry of both the Teen Titans and the older Titans. Usually said by their leader, Nightwing, but anyone can do the cry. It’s a good indication that a full-on ass whooping is about to begin.

Another super team battle cry and probably the most famous comic book battle cry there is for a super team. Captain America is the known character for yelling the battle cry but if he’s not there someone else can say it. And yes, again it means someone is in for an ass whooping.

These fun-loving, skateboarding, ninja fighting sewer turtles had a weird personality trait that made them act like east coast New Yorkers yet talk like west coast surfers. In the first live-action movie this was even said by Master Splinter as the final line.

The battle cry that means it’s time to suit up. Followed by a big display that still confuses me on how the change really looks if you’re actually looking at the Power Rangers. Through the many various teams of Rangers, this is the one constant.

The bouncing Beast of the X-Men is known for this quip. The Beast was not only the brawn of the original team but the brains.

The demon looking teleporter of the original All New X-Men is known for using his native German tongue in battle.

Said by: Namor the Submariner

Coming out of the ocean screaming Imperius Rex is the trademark cry of Namor the Submariner, whether he was mad at the surface world and out for vengeance or fighting to save the world.

The magic words that change Billy Batson from a kid to the mightiest mortal on Earth. Just speak the name of the old wizard and inherit great power.

When Luke Cage is surprised, shocked or pissed off you can bet this is the first thing that comes out of his mouth. This happens at least once every issue of any book he is in.

The exclamation made by Wonder Woman whenever something major happens.

The blank can be filled with almost anything that the cape crusaders are dealing with. Robin is famous for blurting out these Holy phrases on any occasion which translated to good TV for the 1960’s show.

This is Johnny Storm’s battle cry mixed in with his uniform change. Bursting into flames as he goes into battle with his Fantastic Four family.

Said by: The Thing

Another member of the Fantastic Four, Ben Grimm the Thing, yells this out to lets you know he’s about to hit you. Surprisingly this usually works for him because for some reason villains stay still to get hit.

This particular catchphrase ranks so high on our list because it may be the first catchphrase to become a household catchphrase. What kid did not wrap a blanket or sheet around his shoulders and jump off a bed to fly like Superman?

5. Phrase: In brightest day, in blackest night, no evil shall escape my sight. Let those who worship evil’s might, beware my power – Green Lantern’s light

As he charges his ring, Hal Jordon chants this oath as an affirmation of his duties as a member of the Green Lantern Corps. Not sure if the ring charges if he doesn’t do the oath, though.

The toughest mutant in comics is good at one thing and that’s popping his claws and fighting to the death. Wolverine is the best at getting his hands dirty when no one else can.

There have been different versions of the Hulk but the most known Hulk is the one that speaks in broken sentences and talks in first person. “You wouldn’t like me when I’m angry” almost made the list but this one is more classic.

Said by: The Wonder Twins

This catchphrase ranked so high on the list out of nostalgia. Originating on the Saturday morning cartoon, the Wonder Twins would bump fist to turn one into an animal and the other into a form of water. They knew exactly what to turn into to complement each other’s transformation to get the job done.

Said by: Spiderman and Uncle Ben

With great power comes great responsibility tops the list as number one because this is what makes Spiderman the hero he is. This is his mantra. The wise words of his Uncle Ben resonated with young Peter, especially after his uncle’s brutal death at the hands of a robber that Peter could have stopped with his powers but let go. This is the phrase that drives Peter to be Spiderman and use his powers to help others and fight for justice. This is what makes Peter put on a costume and put his life in danger to help total strangers. This is the ultimate catchphrase.

That’s our list. Leave a comment and let us know if you agree with our list. Let us know what you would add or take out. With that, we will sign out with a catchphrase from the legendary Stan Lee: Excelsior!

2019-11-20
Previous Post: Top 5 Greatest Limited Series
Next Post: 12 Marvel and DC characters that we need to see in a movie