Retro Read While In Quarantine 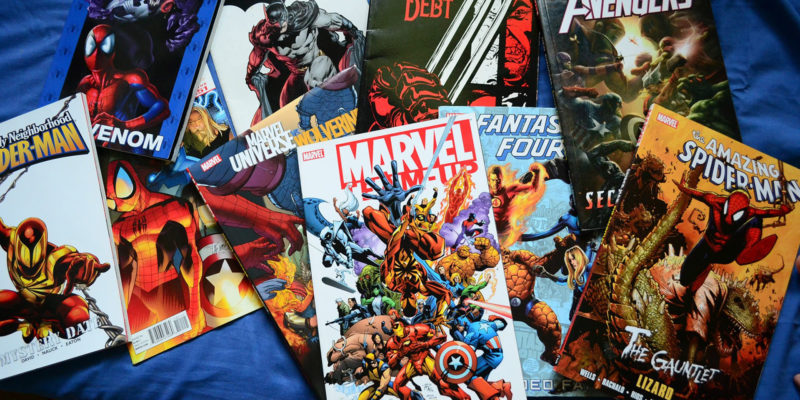 What do you do when you can’t get to the comic book store? Well, you can always get your fix digital. But what if you can’t download new digital? Well, you dig into the retro stuff.

Why? Because in my personal opinion some of the best stories to binge are the ones from the past. So, what we are going to do is give you some suggestions of some ideal story lines that would make good reading during quarantine or any other time for that matter.

The Death of Jean DeWolf – Peter Parker, The Spectacular Spider–Man #107-#110

This 4-part story did not get a bunch of fanfare at the time. It’s a story of a murder investigation. Captain Jean DeWolf was NYPD and a friend of Spider-Man. Since her first appearance in Marvel Team-up in 1976 she was a confidant of the friendly neighborhood hero. Then suddenly she turns up dead. After that, the story proceeds to take Spider-Man on a road to discovery learning more about his friend and why she was murdered. One of my all-time great Spider-Man stories

This is a story way ahead of it’s time to be a story in the ’80s. The story actually takes root in Avenger 198 and 199. As the Avengers fight Red Ronin Ms. Marvel reveals that she is pregnant and doesn’t know how she got in that condition. This cumulates in Avengers 200 when she goes into labor and has the baby. This baby grows at an unusual rate and tells the Avengers that his name is Marcus.

Strange events start to happen around New York dealing with time being out of whack as Marcus builds a machine to help the crisis. Hawkeye destroys the machine and Marcus reveals that he is really the son of the villain Immortus. Since he was born in limbo he could not come to Earth without causing time problems so he plucked Ms. Marvel out of time, wooed her, and implanted himself in her so when she went back to Earth at the exact same moment she left she would be pregnant with Marcus.

Very strange but that’s the short version. The problem with this story is that he admits that the only way he wooed her was through the help of machines to “push” her to love him. With the time machine destroyed, Marcus can not stay on Earth and must go back to limbo to be alone again. Weirder is that Ms. Marvel, after having her body used against her will and forced to love a stranger, agrees to go to limbo and be with Marcus. The Avengers just as easily let her go. The end or so we thought.

Almost a year later in 1981 comes Avengers Annual #10. Two things about this story that sticks out: one this is the second part of Avengers 200 and two this is comics books introduction to Rouge. No, Rouge did not first appear in X-Men books or Dazzler in which she was put down as a major villain, but she first appeared in Avengers Annual #10. So, Rogue throws this mysterious woman off a bridge who Spider Woman happens to be in the vicinity to catch.

Taking the woman to the hospital we find out that it’s Carol Danvers aka Ms. Marvel who we last saw in Avengers #200 leaving for limbo. With Rogue’s mutant power to steal the powers of others by touch she now has the powers of Ms. Marvel. However, she held on too long and the transfer was a little more permanent. This issue goes on to be The Avengers against the Brotherhood of Evil Mutants in what is one of the best single-issue fights in comics.

The reason the Brotherhood decides to take on the Avengers is not even of consequence, but rest assured the battle is worth the read. Then you get the gut-wrenching explanation of why Carol Danvers aka Ms. Marvel is back from limbo without letting her fellow Avengers know. This issue also marks the period that a powerless Carol Danvers hangs with the X-Men for a few adventures, one of which we will get to later.

To me this is the mother of all Legion stories. Why? Because this is the story that got my hooked on the Legion all those years ago. This story involved every Legionnaire up to that time in an all-out battle against Darksied. When Darksied is involved you know it’s not good. He’s in the 30th century to wreak havoc and is challenged by the completed Legion, the Legion of Substitute Heroes, the Wanderers, the Heroes of Lallor and Dev-em. The finale has Highfather showing up to bring Superboy and Supergirl in to add that extra muscle.

There’s no name to this storyline. It’s 6 issues of the All-Star Squadron going up against the Ultra-Humanite and his henchmen. I considered myself a bit of a history buff in my youth and the reason I loved this book is that along with the fiction of the DC Universe there was some facts surrounding World War II. So much happened within this 6-issue story that helped define the Squadron, the Justice Society and Infinity Inc. that even resonates in the many reboots today.

This is the story of how Amazing Man came to be. Of course, this was a time in comics when almost every new Black hero was first a misinterpreted villain so his story was not that original for a Black character of the 1940’s. just be thankful he was written in modern times where people were more politically correct. This story introduced Infinity Inc. which turned out the be the future children of the Justice Society of America.

This story retold the story of how the Atom’s powers were upgraded and how he was no longer just a short guy fighting crime and always the first one being taken out in a fight. This story would introduce the author turned hero Tarantula to the team. I feel this was a very underrated book at its time, but this story made that book stand out.

The Brood Saga was superheroes meet aliens in space. For a storyline so awesome it’s really that simple. The X-Men go to space to help their alien friend Lilandra or the Shi’ar Empire stop her evil sister Deathbird from taking over the throne. Deathbird enlists the aid of the Brood, a very nasty alien race, to help her in her endeavors. Of course, the X-Men and the Shi’ar Empire win the fight but not before the Brood notice the different physiology of the X-men and want to experiment on them. The Brood Saga show the X-Men on a platform where they shine the best: the underdog fighting incredible odds.

Noticeable is that in this storyline Carol Danvers becomes Binary while in space and begins her journey to make her Ms. Marvel and later Captain Marvel once again. Also, Xavier, who thinks his X-Men are lost to him forever and possibly dead, goes to recruit another group of teens to train introducing us to the New Mutants. The New Mutants didn’t first appear in Uncanny X-Men but concurrently in their own graphic novel at that time. If that wasn’t enough, the Brood Saga is where we first meet Lockheed the Dragon.

In the 70s and 80s, there was Marvel Team-Up, the book that featured a monthly adventure with Spiderman and various other heroes of the Marvel Universe. Each month Spidey would team up with a new hero. I loved this book. Issues #82 – #85 was a story about Black Widow losing her memory and having them altered by Viper. #82 featured Black Widow. #83 featured Nick Fury. #84 featured Shang Chi. Issue #85 featured all three fighting beside Spiderman against Viper, Silver Samari, and Boomerang. The interesting part is throughout the 4 issues the other personality the Black Widow developed did not know she was a skilled spy but thought she was a school teacher and started a budding romance with Spiderman.

This is hands down the best Teen Titans story ever. There was no way the animated movie that came out in 2017 could ever do the original story any justice. This is a story of revenge, betrayal, death, and rebirth unlike any story ever told. The creative genius of this story is that it was a recurring plotline that started when the Titans book was rebooted in 1980 and we didn’t get Judas Contract until 1984. Deathstroke has the team infiltrated by a new young hero named Terra who had the power to control Earth.

Giving them a fake origin story and gaining the Titans trust she shared all the secrets with Deathstroke. He then used that information to attack the Titans with Terra help one by one and taking them prisoner and turned them over to H.I.V.E. The only Titan he did not catch was Dick Grayson who had at the time given up his Robin persona. Dick Grayson teamed up with Deathstroke’s ex-wife and son, Jericho, who was mute but had the power to possess people’s bodies through eye contact.

Dick Grayson decides that his new superhero name will be Nightwing. Our two heroes go to rescue the Titans but now without a standoff between Deathstroke and Terra. Terra, being a young girl who was very bitter and very evil, went crazy during the battle and decided to try to kill everyone by bringing the lair apart with her power and ended up bringing everything down on herself which killed her. Now of course at a time like this where you have all the time in the world to read as much as you want you can go to the 12-issue mini-series Crisis on Infinite Earths or Marvel’s first Secret War.

You can even read all 12 issues of The Watchmen. Those are the obvious stories for you to catch while you have so much time on your hands quarantined in the house. Plus, I’m pretty sure most or all these books that I recommend can easily be found online to read digitally. I must admit, I give you this list because what makes these storylines so awesome and the one thing that they all have in common is me. These are the stories that kept me reading comic books. These are the stories that stuck with me all my life from early childhood. I wanted to share them with you.

Check them out and leave us a comment on what your favorite go to retro books are or tell us what you think of the reading suggested.