What To Watch While Quarantined 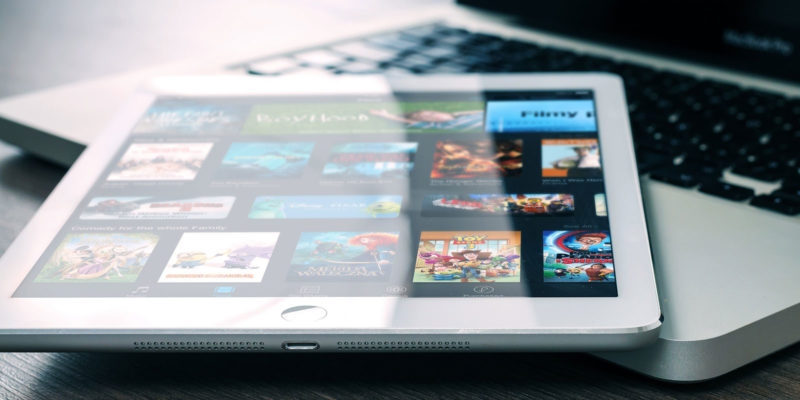 So right now, we are all in a situation. A situation that most of us have never seen before.

We are in the middle of a nearly world-wide pandemic and a majority of the population is under quarantine.

While under quarantine we tend to do a lot of things to keep us from going stir crazy. Most of us are locked in with our families that no matter how much we love them we still need a distraction. For some of us, it’s a chance to start that book we always wanted to write. Some of us have that project around the house that you have been holding off on like cleaning the attic, painting a certain room or organizing their home office.

However, the one thing that’s easily accessible, a fund favorite and very popular is finding a new show to stream. What better way to pass the time than sitting on the couch, pressing some buttons and finding nerd things on TV to help you leave the pandemic world for a little while. Well, here at ObsidianNomad we have the perfect suggestions for our fellow nerds. Mind you our list is not all there is to watch out there but just the ones we recommend.

Let’s start with one of the most popular streaming choices: Netflix. The one thing I like that Netflix has to stream is Power Rangers. From Mighty Morphin to Beast they have just about all of it for your morphing fix. The CW Arrow verse is also represented on Netflix which would come in handy if you missed anything leading up to this season’s big crisis event. Arrow, Flash, Supergirl and Black Lightning are all here, however, Batwoman probably won’t appear until after the first season is finished and hopefully, we will be pandemic free by then. For original shows, Netflix still runs all 3 seasons of the ever-popular Stranger Things so you can catch up before season 4 airs later this year.

Straight from comic books, there’s the Netflix originals Umbrella Academy, Locke & Key, and newcomer I Am Not Okay With This. Marvel is still represented with the original series Daredevil, Jessica Jones, Luke Cage, Iron Fist and the Defenders along with movies Avengers: Infinity War and Ant Man and the Wasp but catch them now because they might not be there much longer – we’ll get to that later. You can use a whole day to binge the Lord of the Rings trilogy. The real prize here is if you are old school like me Netflix is now showing the original live action Teenage Mutant Ninja Turtles from 1990 which is hands down the best version of the book ever.

Over on Hulu, there are a few nerd things for you to check out. All 4 seasons of AMC’s Preacher can now be seen which is a good watch. Also, catch while you can Marvels two sadly canceled show’s Cloak and Dagger which originally aired on Freeform and the Hulu original Marvel’s Runaways which I suspect are canceled for a reason we will get to later in this article. Anime fans can catch the wildly popular My Hero Academia which comes in two versions: dubbed or subtitled. If you’re really into Anime, then you will be happy to know that there is an Anime Favorites section that has everything from One-Punch-Man to Cowboy Bebop to Death Note to Yu-Gi-Oh.

On the DC Universe streaming channel there is something for every nerd’s needs but like I mentioned our list is stuff we recommend. DC Universe started some original shows from some of your favorite comic books like Doom Patrol, Titans, and Swamp Thing but my favorite hands down are the Harley Quinn cartoon series. There are some DC themed live-action and animated movies to watch with the gems here being the 1978 classic Superman The Movie and the 1993 animated Batman: Mask of the Phantasm.

If you like to re-watch some of the animated tv shows, then not only do they have the Superfriends from the 70’s and 80’s the Justice League series as well as Justice League Unlimited. How could they not have Batman the Animated Series and Superman the Animated Series? If you’re feeling nostalgia for old live-action series in the DC family then this streaming channel has the Saturday morning Shazam show from the 70’s, the prime time Wonder Woman from the 70’s with leading lady Linda Carter and all six seasons of the Adventures of Superman starring George Reeves.

Now let’s move to the big one: Disney +. Disney+ has two distinct universes that are any nerds wet dream. The Marvel Universe and the Star Wars Universe. Now the Star Wars Universe is represented in full force on Disney+ with every movie from the franchise except for Solo which is currently on Netflix and the last Star Wars installment The Rise of Skywalker which was very recently in theatres.

Also, what is not present and surely missed by true Star Wars fans is the Star Wars Holiday Special that aired on CBS in 1978. Never fear, because Disney+ made amends by giving us The Mandalorian the original series that some fans claim gives us the best of the Star Wars universe. Not to start an argument but my vote for the best Star Wars movie worth watching again is Rogue One.

The Marvel Cinematic Universe is also represented well on Disney+. You can just about watch all the MCU movies in order ending with Avengers Endgame however you would be missing Infinity War and Ant Man & The Wasp which for now is on Netflix but I suspect that they will follow the way of Black Panther and as soon as that contract is up then they will come home to Disney+.

The Spiderman movies starring Tom Holland are also absent, but he is present in the crossover movies here. But if you really want to Marvel nerd binge on Disney+ then you have to go to the cartoons. You can watch the entire 90’s X-Men cartoon from the 90’s. You can binge Spiderman and his Amazing Friends. You can binge the 90’s Spiderman cartoon.

Of course, we didn’t hit every streaming channel and every show on the ones we did cover. Amazon Prime has The Boys based on a comic book and CBS All Access has Star Trek: Picard that come highly recommended. But while you are in self-quarantine streaming channels, we at ObsidianNomad want you to stay safe and stay healthy. Don’t spend all the time streaming, cleaning or doing projects. Hug your loved ones.