The Falcon and Winter Soldier plus other Time Displaced Superheroes 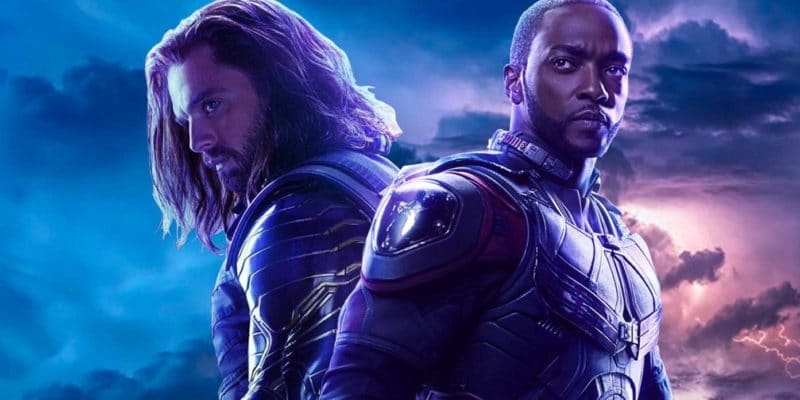 The Marvel Cinematic Universe is further extending itself with the Disney+ series Falcon and Winter Soldier. There are a lot of story plots from the last time we saw these two heroes in End Game that are being addressed.

As we find out aspects of the personal lives of Sam Wilson/Falcon and Bucky Barnes/Winter Soldier, we also get another peek at what the MCU is like post End Game and the blip. Where are our heroes now? Does Sam take the shield bestowed by Steve and become the next Captain America? What is Steve’s final fate? Where do the Avengers stand now?

While some of these questions may or may not be answered in this series, one thing we know is that these two characters were made to be a team. Even more so than Steve and Sam or Steve and Bucky. Sam and Bucky have redefined and reestablished the buddy cop team-up theme.

Two men whose common denominator was there one mutual friend now must learn how to get along with the absence of that common denominator. Anthony Mackie and Sebastian Stan perfectly reprise their roles from the Avengers movies trying to find their place in a world seemingly without Captain America. Their confrontational relationship because they both have a different ideology about solving problems does not get in the way of the fact that they are indeed rooting for each other to succeed. They are disagreeing brothers who always have each other’s backs when the time is needed.

Yes, the action is outstanding but past that you must see the chemistry between the two actors. Mackey and Stan once again bring these characters to life as they rediscover who they are and what kind of men they want to be living up to the legacy of their old friend.

One of the plot points that the series touches on that interest me is the fact that Bucky is actually over 100 years old. His time as the Winter Soldier working for Hydra on an as-needed basis has made it so Bucky has only aged a few years instead of decades.

In honor of Bucky, we have listed the other premier time displaced heroes.

Bart Allen was born in the 30th century with hyper-accelerated metabolism which made him age at a faster rate. To combat this disease, he was raised in a virtual reality machine that kept up with his time scale. His grandmother, Iris Allen, who was originally from our time thought she could better help Bart by bringing him back to the past so that the Flash, Wally West, could use the speed force to help. Bart stayed and became the hero Impulse.

Lucas Bishop was born 80 years in a dystopian future where mutants are persecuted. He came back to the past following an escaped fugitive criminal from his time. Once in our time, he eventually links up with the X-Men and warns them of a traitor among their ranks. Ultimately, at one time during his tenure with the X-Men, he himself turned out to be the traitor.

Nathan Summers was born the son of Scott Summers (Cyclops) and Madelyn Pryor (a clone of Jean Grey). As a baby, Nathan was infected with a deadly techno-organic virus which is something that can happen only if you are a child of one of the X-Men. The only way to save him was to send him to the future with people who said they could save him. He grew up in that future to eventually come back to his own time to fight alongside the X-Men.

Thom Kallor was a member of the Legion of Superheroes in the 31st century. He came back to our time for a secret mission for the Legion. The problem was that when he first received his powers in his time he was diagnosed with borderline schizophrenia. In the 31st century, his illness was well in hand with the help of technology but in the 21st century this technology does not exist and Thom lost track of his mission. Once he regained his memory, he carried out his mission and then decided to stay in the 21st century.

Bucky Barnes was Steve Rogers/Captain America’s sidekick and best friend throughout World War II and was thought to be dead. In comics, he “died” while trying to dismantle a bomb in the air. In the MCU he fell from a moving train. Both times Cap could not save him and lived with that guilt. Come to find out he survived and was taken by the Soviets and brainwashed into being their assassin. To be an effective assassin they kept him chronologically in status until they needed him which means by the time of present-day when he was finally broken free, he had only aged a few years. Technically, he is over 100 years old living in the world of modern times.

Booster was a star college quarterback in the 25th-century until he was disgraced because he was throwing games so his father could win gambling bets. Now expelled from school, he found a job as a night security guard at the Metropolis Space Museum where he studied and idolized the 20th-century superheroes. With nothing going for him in his own time, he decided to use 25th-century technology to travel back to the 20th-century and become a superhero. At first, thought to be a grandstanding idiot, Booster has become a premier superhero of our time.

Steve Rogers was a 98 lb. weakling who volunteered for an army experiment that turned him into super-soldier Captain America who fought in World War II. In his last mission, he fell into the arctic sea, and due to the serum in his blood, he was put into suspended animation on ice. In the present day, he was revived by the Avengers and is the epitome of a man out of time. A man from the past with old-fashioned boy scout values fighting in the future world he woke up in.

2021-04-14
Previous Post: Invincible Review or How My Kid Taught Me To Expand My Reading Choices
Next Post: 7 Sci-Fi Universes That We Would Love to Live In